Regional director for the Middle-East at AFD

“Crises”: A result and structural cause of underdevelopment

Crises cause suffering, whether they are induced by man or a natural disaster. They are synonymous with lost opportunities or steps backward. The advent of a crisis can destroy the economic and social progress achieved during a generation. When it is uncontrolled, it spreads well beyond the borders of the countries where it emerges and can sustainably mark the trajectories of entire regions. This is currently the case in the Middle East with what the UN considers as “the most serious refugee crisis since the Second World War”. 4 million refugees and over 7 million displaced persons!

Crises are complex and do not follow any chronological or geographical linearity. The situation in the Central African Republic (CAR) demonstrates this: very different contexts coexist, calling at the same time for security, humanitarian and development responses. Certain regions in the extreme North and East of the country remain marked by heavy fighting, which hampers access for humanitarian assistance, while in Bangui or secondary cities such as Berberati and Bambari, it is not only possible but necessary to immediately trigger development dynamics so that the country can retake control of its future. This involves reviving agricultural production in some areas, reviving access to healthcare in others in order to ensure economic recovery and strengthen essential public services provided to stricken populations.

Meeting the multiple challenges of crises is not easy for development donors who, by definition, finance projects over the long term. It is however, and increasingly so, a requirement of their mandate. What can they do?

The financing mobilized by AFD for crisis and post-crisis situations may seem marginal compared to the scale of needs. It goes without saying that it will never single-handedly provide a response to the impacts of crises. But when it is complementary to humanitarian actions and the financing of other donors (European Union, World Bank, US, UK, large philanthropic foundations), it provides essential support for the affected populations and France’s partners. Prior to and after periods of crisis, the objective is to reduce the risk factors and invest in all the drivers for development, which is the only sustainable way out of the crisis. 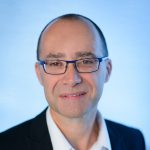 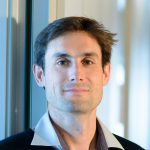 Regional director for the Middle-East at AFD