Director of Studies at CRASH

Facebook Twitter Link
Copied to clipboard
A lab technician sorts blood samples inside a lab for a COVID-19 vaccine study at the Research Centers of America (RCA) in Hollywood, Florida. (Photo by CHANDAN KHANNA / AFP)

In June 2020, 154 world leaders, including Nobel laureates and other celebrities, signed a letter calling on international organizations and governments to categorically declare COVID-19 vaccines a global common good, and to implement measures to this effect. The letter argued that “ultimately the only way to definitively eradicate the pandemic is to have a vaccine that can be administered to all people on this planet, urban or rural, men or women, living in rich or poor countries.”

Besides the idea of universal access, the definition of a global common good is not as clear-cut as it might first appear. The term is a social construct, shaped by ethical and political values which can vary from country to country or even between communities, and which change over time.

Now that the arrival of a COVID-19 vaccine is imminent, the repercussions of qualifying it as a common good must be considered. Who would really reap the benefits of this apparently well-meaning initiative, given what is currently known about the pandemic, the types of vaccines being developed and the plans for their distribution?

Taking stock of the pandemic

Eight months after the World Health Organization declared COVID-19 a “pandemic”, its impact has been neither universal, nor the same for everyone. Like many countries in Europe, France is now battling a second wave of the virus, with older people being disproportionately affected, to devastating effect. Although incidence rates in France are similar across all adult age groups, 92% of deaths have occurred in people over 65 years old, with the average age of people dying current at 84.

Three countries—the United States, India and Brazil—have reported almost half of the 50 million official cases of COVID-19 worldwide, with the United States alone accounting for 20% of all deaths. To date, in many low-income countries, particularly in sub-Saharan Africa, mortality and morbidity rates directly related to COVID-19 have remained low. Despite this, these countries have been disproportionately affected by the devastating economic measures taken to curb the spread of the virus.

Lessons from the pandemic: the need to liberate and decolonize African economies

As a result, migrant remittances, transferred to their countries of origin, have decreased, there has been a decline in raw material exports and governments are increasingly unable to repay debt.

As of yet, there are still many unknown factors in terms of how the pandemic will evolve and the efficacy of the medical solutions available. The situation is likely to change with time, demonstrating the need for a flexible response and a willingness to follow up on all potentially promising leads and to prevent the outbreak from getting worse.

Vaccines are not a magic bullet

Pharmaceutical companies have been researching and developing generic, rapidly-modifiable vaccines to target different pathogens, for many years. This work has been aided by a massive injection of finance from certain governments, and the epidemic has attracted an exorbitant amount of new investment. More than 139 candidate vaccines are currently in development. Of these, 11 have reached the final stages of clinical trials, the indicators are promising and it is estimated the first doses could be administered early next year.

However, these vaccines are unlikely to be a magic bullet, allowing the world to suddenly return to normal. For a start, US and European regulatory agencies have stipulated a minimum efficacy level of just 50%. In real terms, this means that vaccinated people are half as likely to develop the disease as those who are not. Thus, the hope is that the first vaccines will demonstrate much higher levels of efficacy, as appears to be the case with the Pfizer BioNTech vaccine, claimed to be 90% effective.

Nonetheless, there are still gray areas in our understanding of the virus, the data is not yet available, and it remains uncertain whether all vaccines provide the same level of protection for older people, who are most vulnerable to severe forms of the disease and at the highest risk of dying.

Complete eradication of COVID-19 is unlikely

Without going into too much immunological detail, these initial vaccines were developed and evaluated for their capacity to prevent infected people from developing symptoms, and do not necessarily stop them from becoming infected, or, more importantly, from being contagious while infected.

There are still many unanswered questions about the correlation between the clinical symptoms of COVID-19 and its transmission. However, there is growing evidence that children can be infected and transmit the virus, even though the vast majority will not show any symptoms. Similarly, vaccinated adults may be asymptomatic but contagious. They may be protected against the disease themselves, but still able to carry the virus and transmit it to others without knowing.

Based on the information currently available, even if these vaccines were administered to everyone in the world, there is little chance that the virus will be eradicated on a global scale. For an optimal vaccination strategy, people at risk for a severe form of the disease must be protected, rather than trying to control the virus.

At this stage of the pandemic, seniors and people with specific co-morbidities, who live in areas where transmission is high, as well as health care workers who are highly exposed to infected patients, should be targeted as a priority. Protecting these groups with an effective vaccine could reduce the global disease burden and, therefore, mortality rates. However, there is a risk that the virus will continue to spread throughout the general population, like other coronaviruses responsible for common colds.

Is a vaccine the only answer?

Are vaccines a global public good? The short answer is probably not. It may even be slightly irrational to debate this issue at the moment—these vaccines don’t exist yet, and there is too much uncertainty around their potential impact. Whether motivated by profit, a desire to mitigate the devastating effects of the pandemic, or both, promising vaccine candidates have been developed at an impressive speed. However, even if an effective vaccine arrives soon, due to the limitations of global production capacity, it will not be available on a wide enough scale for many months, by which time the pandemic situation could look very different.

Aggressively promoting vaccines as a common good inflates their importance, creating unrealistic expectations and mounting political pressure. It prioritizes massive, if not excessive, investment of public funds solely in the private sector, i.e. the pharmaceutical industry, at the expense of other measures essential for mitigating the crisis, in particular, the development of specific treatments and effective health care for patients with the disease.

Universal vaccination and the biomedical response

It would be difficult for low-income countries with few serious COVID-19 cases to justify allocating scarce public resources to vaccinate the entire population. Especially in countries where the pandemic has had a major social and economic impact on individuals, as there is no social security system to provide a financial safety net.

The administration of new vaccines, of which the long-term effects are unknown, to people who are likely to contract only a mild form of the disease, raises a serious ethical question.

At this stage, promoting universal access to vaccines has no obvious benefit for humanity. Nonetheless, these vaccines will be useful in fighting the pandemic: protecting those at risk means communities may be able to live with the virus, rather than die from it. Be that as it may, vaccines can only provide real benefits if administered as part of a rational and comprehensive response, taking into account biomedical, social, political and economic factors, and tailored to the local situation in terms of the health crisis and its repercussions.

Frédéric Keck: "A memory of epidemics to imagine future crises" 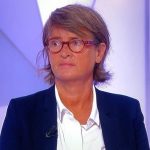 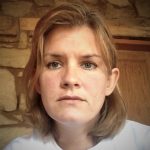 Director of Studies at CRASH