You can republish our articles for free under our Creative Commons license.
A woman puts Covax stickers as workers unload a shipment of Covid-19 vaccine from a plane at Felix Houphouet Boigny airport of Abidjan on February 26, 2021. (Photo by SIA KAMBOU / AFP)

Accountability has been a well-rounded discourse in liberal democracies, extensively used to impose norms in lower-income countries in the name of transparency and good governance. Yet, one can only wonder why the use of such a concept often seems to be only one-sided. For example, in the past six months, how is it that no single attempt has been made to hold the COVAX mechanism accountable for results, despite the fact that it has mainly been funded by public subsidies?

But let’s start by being fair. COVAX was based on pretty good intentions. In the Summer of 2020, the World Health Organization (WHO) took the lead in promoting equal access to COVID-19 vaccine doses in a sincere try to avoid a two-tier world. The idea behind was to use a collective mechanism to negotiate with vaccines manufacturing labs to avoid escalating prices in a context of a demand-driven crisis. To put it rather bluntly: on the one hand, several billion doses were/are needed, on the other hand, existing supply lines were/are insufficient, the assumption therefore was that a strong multilateral mechanism could effectively regulate the demand side while respecting WHO’s strategy in terms of vaccination prioritization. At the onset of the pandemics, all countries were initially concerned by COVAX, regardless of their income.

It would be a euphemism to state that such an equal approach did not survive worldwide protectionism. As early as February 2021, the large majority of the rare available vaccine doses had been pre-purchased by the very few countries who could afford it, on a bilateral basis. Despite the high expectations placed upon COVAX, the use of the facility largely lagged behind in terms of number of pre-orders done through this channel. Upper-income countries moved out rather quickly, preferring direct arrangements with labs, and a tangible effect was to shape COVAX into an(other) aid instrument solely targeting the poor. In this race to vaccinate, COVAX has lacked both a clear governance impulse and an independent financial capacity to be able to play fairly in a geopolitical context clearly dominated by the countries where vaccines’ manufacturers are located.

Notwithstanding the poor start, the first COVAX deliveries eventually occurred at the end of February 2021 in two West-African middle-income countries. Côte d’Ivoire and Ghana were the lucky recipients. The system was quickly put to a halt though. In view of the deteriorating situation in India, the Indian government requested the Serum Institute of India, the biotechnology and biopharmaceutical company most involved in COVAX,, to stop all vaccines deliveries abroad. Since 90% of COVAX supply-line were based on Indian suppliers – rather foolishly – the fragility of the system was fully exposed in March, with no clear prospect on how to address the growing discrepancies in vaccination coverage between the rich and the poor countries.

In view of severe supply shortage, several measures were taken not to let the mechanism die. In April, France was first to announce in-kind vaccine donation to the COVAX facility. Similar announcements were done later by the US, the UK, Germany, and it was also included into the EU strategy. An interesting turn was to authorize Chinese vaccines to be channeled through COVAX. Why they had been authorized by the WHO for months while not being tapped into by the COVAX purchase teams will probably remain a mystery, but at the end of July, the signature of supply agreements with the Chinese manufacturers SINOVAC and SINOPHARM were more than welcome, and the CoronaVac and BIBP vaccines started being dispatched using the COVAX channel.

As of mid-August, COVAX had shipped 205 million vaccines to 140 countries out of the 2 billion doses initially planned. As a comparison, 4.7 billion doses had been administered worldwide. Less than 5% of the vaccine doses had thus been channeled through this mechanism, leaving a general impression of failure, despite the energy and the communication deployed in promoting ‘social’ multilateralism.

But how ‘social’ has it truly been? The question is not so ingenuous since ‘social’ is not synonymous to ‘free’. In mainstream views, COVAX has been surrounded with the halo of international solidarity and one easily forgets that countries who make use of the COVAX system also enter into contractual arrangements upon which they have little room to maneuver. Adopting the perspective of a recipient country helps to understand the financial stakes.

Let’s take Togo for instance, which is a country that has been praised for its vaccination strategy. What have been its options to get access to vaccines? To date, the country has received a batch of Johnson & Johnson doses purchased through the African Union (118,000, which also happens to be the first COVID-19 vaccines produced on African soil), a batch of AstraZeneca also channeled through the African Union (120,000), Sinovac doses from China (200,000), a batch of AstraZeneca channeled through the COVAX facility (296,000) and Pfizer doses, also using COVAX (100,620).

The COVAX Facility targets self-financing economies while the COVAX Advance Market Commitment (AMC) was created to promote access to vaccines to lower-income economies. UNICEF has been in charge of all negotiations and purchases for the COVAX-AMC.

In this context, perhaps then equal access to vaccines must foremost be framed in terms of trade. A few relevant questions then would be: what is the added value of COVAX compared to other mechanisms? Have the vaccines bought through this mechanism been less expensive than the ones bought from other channels? Who has been the best negotiator between UNICEF and the African Union? In economies under severe structural strains, these are key questions that should not be downplayed, and if one mechanism is less efficient than another in its attempt to put vaccines’ prices down, there is surely the need to reconsider funding it. After all, social multilateralism still falls under market law. Sadly. In July 2021, the WHO was still estimating a gap of USD 16 billion for financing the ACT-A partnership, on which COVAX depends. But in a context where financial envelopes are not expandable endlessly, it is probably time to acknowledge the presence and efficiency of the other actors, especially the African Union Vaccine Acquisition Task Team (AVATT), which is perhaps the best trader to support these days. 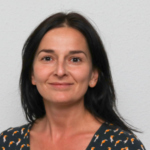 To break the seemingly endless cycle of violence, poor public health and underdevelopment, equitable access to water is essential. To achieve this, all political and technical actors must be brought together in new public-private partnerships.
Analysis

The global eradication of Rinderpest gives reason to be optimistic when it comes to fighting infectious animal diseases. While the recent Covid-19 pandemic has shown the devastating impact emerging infectious diseases can have, it is also a reminder of the critical role vaccines can play in...
Press Review