Professor of Demography at the Higher Institute of Population Sciences (ISSP) at University, of Ouagadougou, Burkina Faso

Facebook Twitter Link
Copied to clipboard
Pupils wear face masks in their classroom on the first day of the new school year, in Ouagadougou, on October 1, 2020. (Photo by OLYMPIA DE MAISMONT / AFP)

A recent report from AFD on inequalities in Burkina Faso shows that progress in this area is fragile. Despite the considerable advances made by this Sahel country over the past two decades, major inequalities based on gender, economic status or place of residence remain. And now, the Covid-19 pandemic has placed a severe strain on the education sector.

Getting closer to parity in schools

The 2002-2011 Ten-Year Basic Development Plan, created by the Burkina Faso government, has resulted in a significant reduction in gender inequalities in education. Specifically, results have been seen in parity of access and academic performance in primary education, and girls slowly catching up with boys in post-primary education. However, inequalities between girls and boys remain high in secondary and higher education, with parity indicators at 0.65 and 0.52 respectively and the gross enrolment ratio at 90.7% for primary, 52% for post-primary, yet barely 17.6% for secondary schools in 2017.

Location-based inequalities also remain in rural areas, as well as the Sahel and eastern regions, where child marriage is more common and security issues are increasingly serious. In these two regions, access to education and rate of completion are lower than elsewhere for all levels of schooling.

As for inequalities related to a family’s economic status, they remain high: children from more disadvantaged households have a lower chance of accessing primary and secondary education, and greater difficulties staying in an educational institution.

In this already fragile context, the restrictive measures adopted to contain the Covid-19 pandemic are in danger of exacerbating existing inequalities in the short-term, but also in the medium- and long-term, as shown by an ISSP research paper published by AFD in 2020.

Connection to school lost for young girls and the most disadvantaged

In the area of education, these measures meant that educational establishments of all levels were closed from 16 March 2020, i.e. a week after the first Covid cases appeared in Burkina Faso. These initial measures were extended several times, and classes only restarted on 1 June 2020 for examination years (last year of primary, post-primary, vocational and secondary schools) and in September 2020 for the rest.

For students, these school closures represented a break in their connection to education, leading to, in the best of cases, the legally mandated hours for the year not being met and a drop in the quality and quantity of teaching. In a context where distance learning at home is extremely limited, this particularly affected children from disadvantaged socio-economic groups, exacerbating educational inequalities.

The suspension of economic activities, particularly stores, restaurants and transport, which hold a central position in cities, has accentuated the negative impacts of school closures, and potentially made them permanent. In a context where the level of permanent employment is very low overall (20% on average on Ouagadougou, all sectors combined), the pause in these activities has serious consequences on household incomes. Children are required to give up their studies in order to work and generate income. As experience has shown, very few of these drop-outs return to school.

This phenomenon is likely to affect children from the most vulnerable households more severely, including those that work in the informal sector, leading to both a drop in school attendance and an increase in education access inequalities between social categories.

The impact of stopping economic activity on education

With the addition of school closures in areas affected by terrorist attacks, definitive school leavers are mainly young girls, a large number of whom move to large urban centers looking for domestic work. That is why it is possible that these recent prolonged school closures will erode progress in reducing gender inequalities in education.

Beyond these two main factors that have a negative impact on education supply and demand, other measures could also affect supply in the medium- and long-term. Private school closures have been a blow to the income of teachers in this sector, potentially causing them to shift away from teaching, as their salary is based on the hours of class given.

The halt in economic activity has also affected construction sites for educational infrastructure, pushing back completion dates, which will have a negative impact on supply. Finally, financial resources, specifically public resources, may have been shifted from the education sector to the health sector.

To compensate for the closing of primary, post-primary and secondary educational establishments, the Ministry for National Education, Literacy and Promotion of National Languages (MENAPLN) developed pedagogical content for examination years, which was broadcast on multiple TV and radio stations from May 2020. While this initiative is laudable, it may contribute to widening inequalities between children from well-off families, who have access to these resources, and other children.

According to a 2014 report on inequalities, more than half of households in intermediate cities (53.5%) and more than four in ten households in the capital (41.5%) did not have a TV, while in rural areas, the figure is as high as 96.6%. Access to a radio is more common, but far from being universal: 41.7% of rural households, 50.7% in intermediate cities and 44.5% in the capital. Even for households that do have access to these devices, the question remains as to whether children truly have access to them and whether the family environment is conducive to this kind of learning.

In higher education, a plan to restart classes through distance learning was proposed, with only the final years of bachelor’s and master’s students restarting classes on 11 May 2020. For first- and second-year students, where classes are overfilled, they will return later, progressively, as determined by the institutions.

While the pandemic could certainly be an opportunity to make advances in distance learning, this is only possible if access is improved both to high-speed internet and to a computer for young people, especially those in higher education. In Ouagadougou, only 18.3% of households had these resources in 2014, vs 8.5% in other cities and 0.3% in rural areas. For 19-25-year-olds in higher education, having a mobile phone is much more common (92.4%) but it remains to be seen if these devices are suitable for distance learning.

The Covid-19 pandemic has revealed, if it wasn’t already clear, that Burkina needs to invest qualitatively and quantitatively in distance learning infrastructure, all while making sure that these vulnerable populations are not forgotten.

Otherwise, despite the remediation solutions put forward, challenges of access to quality teaching remain, as does the issue of school drop-outs. And it is children from disadvantaged backgrounds and girls who will be most affected. 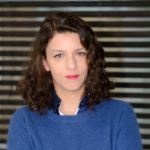 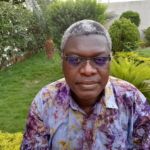 Professor of Demography at the Higher Institute of Population Sciences (ISSP) at University, of Ouagadougou, Burkina Faso

Colombia has just lost its investment grade status in the aftermath of the Covid crisis, indicating a loss of confidence from international markets. The likely consequence from such an event is a drop in growth rate and further financial constraints for the Colombian government. This is however...
Analysis