Fighting against poverty implies a battle against corruption, whichever form it may take. Transparency International (TI) , an anti-corruption organisation with a hundred of national branches across the world, wants to make sure that « good governance » is discussed in global gatherings on development. Interview with Craig Fagan, Head of Global Policy for TI.

Have any significant steps been taken in the fight against corruption in Africa ?

First of all, let me insist on the fact that such problems of corruption are occuring everywhere around the world, in Asia, America and Europe and not only in Africa. There has been progress in some countries indeed. Some small steps can have a big impact over time. Changes are happening for example in Rwanda, where TI’s national chapter can see gains in how people trust the justice system and are able to report problems when the courts don’t function right . In Kenya, an initiative was launched a couple of years ago in Mombasa, with the local water commission. A public agreement was signed to make sure water service was done in a transparent and accountable way. Important changes have occured around public contracts for water service delivery in Mombasa.

Even in countries with systemic corruption, local initiatives can have a big impact. In Nigeria, a federation facing severe corruption challenges, the new administration is trying to change things and hold to account even high level officials involved in bribery.

But the fight against corruption must not be politicised. It should not become a tool for the ruling party to undermine the opposition – if so, corruption is still not being dealt with ! It’s far more important to have some action on the ground than politicians making statements and not holding their word to end corruption.


How do you explain these successes ? (what are the factors that led to these positive changes?)

One of the key factors is political will. There needs to be the commitment within a government – at the national or local level – to want to change the status quo. Requiring anti-corruption policies or efforts as part of accessing development cooperation or for inclusion in trade or regional blocs (such as the EU) will not have lasting results if there is not the commitment or buy-in on the other side of the equation. And change can start at the smallest level, with a mayor of a city or a governor of a state taking an active stance to combat corruption.

Is the liberation of Karim Wade in Senegal a setback in the fight against corruption ?

The fact that a former minister can be put into court, sentenced and then relased is leading to perceptions that not everyone is treated equally before the law. It could be taken as a signal that you can be corrupt and get away with it. The fact that more officials are not held into account in Senegal creates a system of impunity where people think there is no rule of law.

Transparency International has published a survey on 28 subsaharian countries last year, based on opinion polls and perception of corruption. In many countries, people see the police as entirely corrupt, as well as the justice system. Interestingly, Senegal came out as one of the few countries, with Botswana, Burkina Faso and Lesotho, where people saw the more progress against corruption. Of course, the risk is that these gains can be undermined when one government exits, and another one enters.

What is Transparency International’s relationship with international donors?

In our mandate, it is important to work with all stakeholders: governement, political parties, business, media and civil society.

Some of our main support comes from countries like the United Kingdom, Sweden and France, for international and national projects. We also work in partnership with the International Monetary Fund (IMF) and the World Bank, but we always remain impartial and apolitical. If Transparency International sees a problem with any international institution, it will speak out, even if these institutions may be one of our financial supporters.

In the past, Transparency International has criticized and praised the World Bank, for the work done by its internal investigation departement. In addition, the institution has become more open. Last year, processes have been set up to make sure we know who is the beneficial owner of the companies that are winning World Bank’s contracts. At the European level, Transparency International receives some funding from the EU, but that does not prevent us from being outspoken on the need for EU legislation on country-by-country reporting and public registries for the beneficial owners of companies operating in Europe, for instance.

Do you think international donors have a significiant role to play in the fight against corruption?


What are the main topics being discussed around corruption at the international level ?

The first deals with impunity. High level officials are not being taken down for their role in corruption in most countries. The exception to this would be in Brazil with its Lava Jato (« Car Wash ») scandal which has reached to the highest levels of political and economic power in the country. The Brazilian justice system is now taking measures to go down to the bottom of the corrupt system, with a hundred warrants issued and a big investigation into the laudering of 2.8 billion dollars. Some critics argue that the demise of Dilma Rousseff’s governement was a way to stop the investigation, because high officials were related to Petrobras, and public contract were given with kickbacks going to the ruling party. Moreover, after the new government came in, they put in place some ministers who were recorded stating that the investigation would be stopped. Some CEO’s of big compagnies have been arrested and taken to court… This court case is not finalized, but it shows that anyone can be held into account. Now, the concerns are that some elements could be held back and that the investigation will not be completed, with the change of governement.

The second main topic deals with the need to construct safe channels to blow the whistle. People need to feel safe to speak out against corruption whether in social services, water, electricity, housing or any state institution. Unfortunately, civil society in many countries is under attack. More and more, our national chapters staff is attacked physically or verbally. Families have had to flee in some cases, because people are involved at a high level. In Honduras for instance, a huge ring was uncovered, involving illegal medicine traficking and selling of drugs to public hospitals. The chapter has also gone after police officers tied to drug trafficking. This of course touches those with high levels of power, tempted to use violence to maintain their position.

The third main issue evolves around money and politics. In both Southern and Northern Hemispheres, large donors, compagnies and individuals are funding political parties, thus creating expectations that they are paying to play and see policies passed that favour their interests. This is almost a legal form of corruption. It’s particularly bad in the USA, where the law allows donations by companies as long as they are public and known. The EU has set up a lobbying registry where all lobbies are supposed to sign in. On a voluntary basis, European Members of Parliament can also make their meetings public, using the platform EU Integrity Watch.

Is it worthwile to fight against corruption in countries where the drugs trafficking has undermined fragile States like in Mali or Guinea Bissau?


What about the big companies operating all over the world, and more specifically in Africa ?

It always takes two to engage into corruption, in every country. A scandal in Denmark, the least corrupt country in the world, has affected officials who were getting kickbacks from contracts. In Africa, there are severe problems with companies that are having a corrupting influence – bribing to win contracts, doing land grabs and so on… In Zimbabwe, there was an interesting case of a green energy company   buying land from the governement, thus impoverishing local farmers who have put forward a legal claim to win their land rights back. When companies from South Africa, Nigeria or France use corrupt practices, the results ultimately are to the detriment of the local people.

Can people play a role in fighting corruption? What is your advice in that regard?

People are the key to being successful in the fight against corruption. But they need to feel empowered to make a difference and speak out. This is unfortunately not the case currently in many countries. Recent surveys done in Sub-Saharan Africa and the Middle East of people’s experiences and perceptions of corruption show a mixed result of empowerment. In Africa and the Middle East, more than half of people think that they can (53 per cent) make a difference in the fight against corruption. But more people need to report. In the same survey done in Africa, only 10 per cent of the people who said that they had paid a bribe actually reported it to the authorities. In the case of the Middle East, this figure was 20 percent. 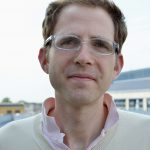