Accueil Economy Private Sector Corporate governance: how does it affect the value of a company?

Corporate governance: how does it affect the value of a company?

This forum was published in preview on

The body of academic literature on this topic is vast, definitions of governance vary widely in their scope, impacts of corporate governance are difficult to measure, and exact linkages to firm value are not often easy to pin down. Governance also affects firms in some industries more than in others, is more important in some periods than in others and its impact depends on the stage of the life cycle firms are in and the institutional characteristics of a firms’ home country and the country where firms are listed on the stock market. But despite these qualifications, the answer to the question of whether good corporate governance positively affects a firm’s value is YES it does.

Two widely cited research papers are informative for the question of whether good corporate governance affects firm value. First, based on an index that includes 24 governance rules reflecting shareholders rights in large public firms in the U.S. in the 90s, Gompers, Ishii, and Metrick (2003) estimate that a portfolio of firms with the highest scores on the index outperforms the return on a portfolio of firms with the weakest shareholder rights by 8.5 percent per year during the sample period. Similar effects were found for firm value by Bebchuk, Cohen, and Ferrell (2009) with a refined and reduced index.

There are two main take-aways from these two studies. First, firms’ governance significantly affects their share prices and firm value. Second, given that the two studies came to the same conclusion despite using differently sized indexes suggests that not all governance provisions and rules always matter equally. In fact, some governance components are complementary to one another while others are substitutes. For example, in firms with concentrated ownership, where one or very few shareholders hold large amounts of shares in the firm, boards of directors tend to matter less than in firms with a large number of shareholders who all only hold very small stakes in the firm. Similarly, in legal environments in which hostile takeovers of firms are comparably hard and costly, anti-takeover provisions at the level of an individual firm matter little. This is important as shareholder advisory firms have developed large, similar indexes to the two studies mentioned above and oftentimes advise shareholders to vote in favor of proposals that would improve rankings.

In general, research provide strong evidence that a stronger protection of the rights of shareholders, especially for shareholders who hold only very small stakes, and laws that make it easier for firms to take over one another results in higher firm value.

“ As for the relationship between a firm’s CSR and financial performance, recent scholarship has provided compelling evidence for positive connection between the two measures. ”
Share this quote !

The important role of the board of directors

In general, research provides strong evidence that a stronger protection of the rights of shareholders, especially for shareholders who hold only very small stakes, and laws that make it easier for firms to take over one another results in higher firm value.

There are also governance institutions inside the firms, for example the board of directors, that research has shown to affect firm value. While the board of directors has multiple functions within a firm, for example to monitor managers but also to provide advice to executives and resources, research has found that firms with smaller boards have higher firm value (Yermack, 1996), mainly through better monitoring of managers. Similarly, firms with a higher share of independent directors, broadly defined as not having any material relationship with the firm other than serving on its board, are usually associated with higher value.

Boards are also tasked with appointing the most suitable individual as CEO. CEOs significantly affect firms’ performance and value as well as their CSR performance (Sajko, Boone, & Wernicke, 2017). The character of the CEO also matters for firms’ governance directly. For example, CEOs with more narcissistic personality traits have been found to increase the likelihood that a firm is implicated in instances of financial fraud (Rijsenbilt & Commandeur, 2013). Conversely, Koch and Wernicke (2018) provide evidence that CEOs with character traits that make individuals more likely to adhere to rules and regulations are less likely to be implicated in financial fraud.

As for the relationship between a firm’s CSR and financial performance, recent scholarship has provided compelling evidence for positive connection between the two measures. Research in this domain has found that CSR affects firms’ value through improving the access to finance, by counteracting downward pressure on share prices exerted by short sellers and media evaluations of CEO compensation (Vergne, Wernicke, & Brenner, 2018). A recent trend in executive compensation is to include CSR criteria in the compensation paid to executives and firms that do so were found to have higher value.

Corporate governance does not always matter equally. For example, the level of competition in an industry plays an important role. The stronger the competition, the stronger the pressure on managers to use resources efficiently and the potentially less important are firm level governance institutions. Similarly, the current work by Horstmeyer and Wells (2017) suggests that the effects of good governance also depend on the economic conditions in an industry. Shareholder rights are most valuable during times when an industry prospers yet matter little in times when industry conditions are poor. Also, the stage of a firm’s life cycle is also important. For example, mature listed firms have a greater need for monitoring and smaller boards of directors have been found most suitable, whereas younger firms might benefit more from advice from board members and larger boards are better suited in this case.

This article is an excerpt from Issue 30 : Corporate governance 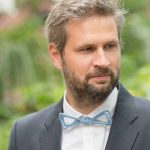