Facebook Twitter Link
Copied to clipboard
In Wuhan, epicenter of the epidemic, in an exhibition center converted into a hospital, on February 17, 2020: a group of patients affected by the COVID-19 virus during an exercise session led by a member of the Medical team. STR / AFP

What are the political risks involved in this health crisis?

The regime underestimated the importance of the crisis, both locally and at the highest level. Health authorities could have taken the appropriate confinement measures at the beginning of January in Wuhan, the epicenter of the epidemic, but they didn’t. Worse still, millions of potentially infected people were able to leave the capital of Hubei province. This was a political error, as Xi Jinping implicitly admitted at a recent Party meeting.

Have these failures led to political repercussions at the highest level?

Xi Jinping is attempting to take back control by placing his protégés in key positions, including Ying Yong, member of the “Zhejiang clique”, formerly number two in Shanghai. Not only did the president promote him to the head of Hubei, he also dismissed the Party Secretary from Wuhan, replacing him with the former mayor of the city of Jinan in Shandong (a province in eastern China). However, the mayor of Wuhan, Zhou Xianwang, was not dismissed, despite his public statements [he stated that he had received information about the coronavirus at the end of December and that Beijing had forbidden him to make public, editor’s note]. This proves that he has the support of an influential marginal group within the Party.

Are these measures sufficient and appropriate, given the anger expressed, despite strong censorship, on social media?

The death of doctor and whistleblower Li Wenliang on 6 February came as a shock and was the main indicator of this popular discontent. The doctor had sounded the alarm about the coronavirus early on, before being accused by the regime of spreading false rumors. He has become one of the symbols of this health crisis and, more generally, of freedom of expression in China. Since his death, many have expressed criticism on social media. One petition was signed by over 300 academics and public figures. A number of positions on the issue also circulated, including that of Xu Zhangrun from Tsinghua University, who openly criticized the regime’s handling of the crisis. Activist Xu Zhiyong, on the other hand, called for Xi Jinping’s resignation. Finally, several journalists released alarming videos from Wuhan, like blogger Chen Qiushi. They were all either arrested or put under house arrest. At the same time, 500 official media journalists were sent to Hubei province. They were instructed to produce positive reports about everyone’s solidarity in response to the virus.

This epidemic adds to the unrest linked to the recent democratic movement in Hong Kong and the trade war between Beijing and Washington. Could it hurt Xi Jinping politically?

Xi Jinping has too much power in his hands to be worried. His Prime Minister, Li Keqiang, [who was recently sent to Wuhan for a highly publicized field visit, editor’s note] cannot weaken that power. Nor can anyone else within the Chinese Communist Party’s political bureau. No other power is currently sufficiently united to make things difficult for Xi Jinping.

Have there been significant changes in the political management of this crisis as compared to the SARS crisis in 2003?

This time, the authorities concerned were more responsive. The World Health Organization was alerted more quickly, in accordance with the new rules adopted by the organization following the SARS crisis. Furthermore, Chinese scientists tried to identify the virus as soon as it began to spread, which was not the case in 2003. On the other hand, the censorship was just as strong as it was in 2003. The containment measures were even more impressive this time. These measures were even alarming, especially outside the Hubei province: one may well wonder people in Shanghai, Beijing and Canton were forced to stay at home.

What might the economic consequences of this health crisis be, considering that the latest Oxford Economics projections indicate that the Chinese GDP could slow to 5.6% this year, as opposed to 6% in 2019?

The Chinese industrial machine has not been shut down everywhere. It is true that factories are operating at 10% of their production capacity at the largest site of Apple supplier and electronics giant Foxconn, in Zhengzhou in Henan province. But in Canton, Dongguan and Shenzhen, the slowdown is less marked. The services sector in particular has been heavily affected. Many restaurants have also closed, not to mention the consequences for the tourism sector. However, the real economic impact is difficult to assess at this stage. At the time of the SARS crisis, many analysts predicted a sharp decline in Chinese growth. In reality, however, the country’s economy proved fairly resilient to the crisis. 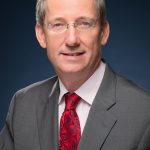