What stage has been reached in the preparation process for COP15 Biodiversity?

A new Post-2020 Global Framework must be adopted during this 15th Conference of the Parties to the Convention on Biological Diversity (COP15 Biodiversity). This conference was initially scheduled in October 2020 in Kunming in China, but has been postponed due to the COVID-19 pandemic. On 30 September 2020, a high-level summit was, however, held at the United Nations to restart the discussions on the political ambition of COP15. This United Nations Summit on Biodiversity started a new political sequence after a stop of six months and prepared the future negotiations by allowing countries to express their positions and build alliances.

Certain coalitions have been structured. Which ones?

The work on building coalitions has continued with a view to the summit. There are now two among the ambitious countries. A first “club” launched a year ago by France and Costa Rica, the High Ambition Coalition for Nature and People, gathers about 50 countries. This group targets a list of quite specific commitments, including an objective of 30% of protected areas (land and sea) at global level by 2030.

The second coalition, the Leaders’ Pledge for Nature, was announced two days before the United Nations Summit on Biodiversity and gathers over 70 countries. At this stage, it announces commitments that are less specific than the first, but more comprehensive on various aspects of the issue: they include the emphasis placed on environmental matters in post-Covid reconstruction plans and the need to take greater account of the links between biodiversity and health. These two coalitions from lead countries should be seen as concentric circles with, of course, the objective of extending them in the run up to COP15 and specifying and strengthening the commitments.

Zoonoses: placing animal health at the heart of development

What is the ambition of the text that will be adopted at COP15?

As with COP21 on climate change, COP15 Biodiversity must be a time for rebuilding an international environmental regime. The lack of progress achieved with the implementation of the Aichi Targets shows that the mode of operation of biodiversity governance needs to be reconsidered. Furthermore, the text of the post-2020 framework will serve as an international reference in UN institutions and for discussions between countries on biodiversity for the next 10 years, and certain aspects probably even for the next 30 years.

This common framework, which is sometimes also referred to as the “framework for all”, has at least four pillars. The first relates to the definition of new targets for 2030 and 2050, combined with specific indicators. The second concerns the implementation of the commitments that will be made during the COP. For example, getting all the international institutions to work together and make concrete efforts on an issue as cross-cutting as biodiversity is a real challenge. For the same stressor on biodiversity, there are often several arenas of governance concerned and as many different negotiators and national dynamics, for example, in public policies. Increasing the capacity of the various institutions of multilateralism to work together for biodiversity is also a way of moving forward with mainstreaming. The third pillar is the system of accountability and transparency. Our current accountability system is poor. It will be necessary to strengthen it to ensure there is a better monitoring of the implementation and create more incentives for countries to take action. Finally, the last pillar, which is also the most cross-cutting, concerns financing.

What is the main point of disagreement in the negotiations?

The question of financial resources is precisely an issue which has once again been clearly stressed during and around the summit. This is not surprising, as it has always been a structural point in the discussions and often a point of disagreement between developed and developing countries. An important task for the coming year will involve reducing the level of antagonism between the blocs on these solidarity issues and avoiding, as far as possible, the interplay of positioning and blockages. Of course, a lot of work still needs to be done to build consensus on the other pillars mentioned before.

In your opinion, what is the priority for the fight against biodiversity loss?

Beyond the diagnostic of the current financing requirements of each country, there is an urgent need to reconsider our system for the allocation of resources as a whole. We currently spend much more public money for activities that destroy biodiversity than for activities that would be more compatible with preserving the living world. In its low-end estimates, the OECD puts the subsidies that are potentially harmful to biodiversity at half a trillion dollars a year. A large proportion are subsidies for fossil fuels and industrial farming.

On the other side, the optimistic estimates put public and private expenditure for biodiversity at about 80 billion. In other words, huge sums are spent to support activities that destroy biodiversity and more money is spent behind this to try to repair, to a certain extent, the damage caused. It is therefore not so much about finding more resources, although this is an issue, but firstly rather about redirecting investments towards activities that are not harmful. The 2010 Aichi Targets already provided for the end of harmful subsidies by 2020, but there has been too little progress in this area.

What are the stages before COP15?

In terms of the technical negotiations, we need to hope that there will be an end to the deadlock in the discussions via an online format. This would lead to a new version of the text to be negotiated towards the end of next spring. On the political level, the ambitions need to mature and be translated into more specific commitments, particularly on the provisions relating to the agri-food sector. The next major political event will be the One Planet Summit, initiated by President Emmanuel Macron, which will be held in Marseille in January. The COP15 Biodiversity will probably finally be held next autumn.

Until that time, it will be essential to create more debate on the fundamental aspects of the negotiations by increasing collective, media and political attention. There is currently not enough pressure on Heads of State to make commitments for biodiversity. Yet there is a need for this mobilization, as regardless of the decisions adopted at COP15, we will need to face giants of inertia in terms of business models and public policies, which are still deeply rooted in old methods of doings things and organizing priorities. They are now out of tune with the sustainability imperatives we are now facing.

The future success of the international commitments of COP15 will very much depend on their appropriation by biodiversity stakeholders and public opinion. For these decisions to have more influence on the reality, we also need this mobilization to ensure that the Convention on Biological Diversity becomes a reference in the strategic battles to bring about change for biodiversity. 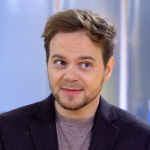