This interview was published in the framework of our partnership with

What is the scale of water-related diseases in the world? What is the scope of action to control them or eradicate them?

There are a wide variety of water-related diseases. They firstly include diseases acquired by the ingestion of non-potable water. It is how most diarrhea diseases, certain viral hepatitis, typhoid fever and certain infections by parasitic worms are transmitted. They also include diseases related to the lack of water, making it impossible to carry out basic hygiene practices. This is the case for a number of diarrhea diseases, but also for many skin infections and even eye infections transmitted by dirty hands. There are also diseases related to parasitic worms, which penetrate through the skin when people bathe in fresh water, as well as diseases transmitted by mosquitos using stagnant water to lay their eggs and ensure their survival (malaria, dengue fever, Chikungunya).

Infant diarrhea alone causes hundreds of thousands of deaths in the poorest countries every year. It does not make much sense to give a more accurate figure, as the health systems in these countries are unable to correctly establish the cause of death of children, and even less so to distinguish between various causes that are often linked, such as diarrhea and malnutrition. In any event, diarrhea diseases are, along with malaria and acute respiratory infections, one of the three main killers of children in the world.

Whatever the infectious agent, its spread within the human community first of all depends on individual behavior and the way in which people organize themselves in order to live together. Water-related diseases take advantage of our water management. It is for this reason that these diseases are mostly either eliminated or controlled in the most advanced countries. However, it should be noted that infant diarrhea also exists in rich countries, as it is transmitted by direct inter-human contact. The viruses that cause this diarrhea take advantage of another human behavior, in this case it is our tendency to touch, kiss and cuddle one another. Yet deaths from diarrhea are rare in rich countries due to the better access to healthcare and a better quality of management. So we can continue to cuddle each other, and so much the better.

Consequently, the scope for action to eliminate water-related diseases is, in theory, considerable. Individually, it would be sufficient to convince each human being to have a responsible attitude towards their environment, to never defecate apart from in latrines, to only drink water they are sure of and to only eat food prepared with strict hygiene. Collectively, it involves guaranteeing everyone access to drinking water, including a comprehensive surveillance of the conditions of water production and distribution, both in urban areas and rural areas. In reality, to achieve this, it would be necessary to abolish the desire to make profit, as well as corruption, cynicism, negligence, incompetence and, ultimately, everything which makes us the imperfect beings that we are. In view of the above, while these diseases are accessible for control measures, they are not going to disappear any time soon.

As a specialist in the epidemiology of cholera, how does this disease appear and why do we still find it very present, especially in Africa?

Cholera does not “appear”, like the Loch Ness Monster emerging from a loch in Scotland. Vibrio cholera, the bacterium which causes this disease, circulates and disseminates thanks to humans, who carry it from one point of the world to another and transmit it either directly, or by water and food soiled by excreta. It is important to stress this point as, even now, many people maintain that cholera epidemics emerge periodically from an environmental reservoir as a result of physico-chemical and biological changes. This is not at all the case and very recent studies have shown that the strains that cause the epidemics which have struck humanity for decades all come from a single epidemic clone, which differentiated itself from Vibrio cholera in the environment during the first half of the 20th century. Consequently, all the cholera epidemics that currently strike humanity are connected. At local level, they did not appear from bacteria in the environment, but have been carried from one outbreak to the other by human movements.

Nowadays, cholera is readily associated with Africa, but this is a distorted view of the reality. Many African countries that have been totally free from cholera for years, such as Senegal, Gambia, Mauritania, and Burkina Faso, for example, are cited as endemic countries where cholera is thought to be constantly present. There are also countries at risk of epidemics if the agent responsible for the disease was by mischance imported into them again, but why are we led to believe that they are permanently affected? More generally, the tendency in Sub-Saharan Africa is to overestimate the importance of cholera, as a large number of actors in the combat, from researchers to humanitarian workers, including companies that market vaccines and water disinfection products, have an interest in exaggerating the scale of this disease.

Conversely, various countries in South Asia do not declare their cases of cholera (this is the case in Bangladesh for example), or only declare a tiny fraction of actual cases (the case of India). While African countries, which need international aid, immediately report the outbreak of epidemics, the requirements of international trade and the fear of scaring tourists lead the political authorities in Asian countries to hide their cases and minimize the number of them. WHO, which is above all the emanation of the governments of countries that make up the UN, simply reproduces the figures provided by these countries in its statistics, even when they are not realistic. WHO sometimes even adds its share of confusion when the origin of an epidemic becomes embarrassing for the UN. For example, Haiti is now considered as an endemic country for cholera after having been violently struck by an epidemic imported during a rotation of a contingent of UN peacekeepers assigned to a stabilization mission in the country. Yet while Haiti has never been affected by cholera in all its history, the imported nature of the epidemic has never been mentioned in WHO reports. Haiti has passed into the category of countries that are “naturally” endemic for cholera.

Finally, cholera is only a “highly present” disease in relatively limited geographical areas. These areas, which are mainly located in Asia, Africa and Haiti, are characterized by particularly deleterious conditions of access to drinking water. In Africa, it may involve urban populations who do not have access to a network, and must draw water from contaminated lakes and rivers. In other cases, there is a water network, but it is deficient, leading to a contamination of the water distributed by polluted wastewater and the dissemination of cholera among populations served by the network. Finally, it may involve a problem of access to drinking water in densely populated rural areas where the comings and goings of populations, sometimes combined with insecurity related to war, provide fertile ground for a persistent circulation of cholera. I am not sufficiently aware of the situation in Asia to speak about it here.

The problem of access to drinking water should be tackled head-on. What are your observations in the field?

That the efforts made in this respect are certainly laudable, but they are insufficient, unevenly distributed and poorly guided from an epidemiological perspective. The resurgence of cholera since the 1960s and its persistence at this beginning of the 21st century is one example that demonstrates this. There is a race between rapid urbanization in developing countries and the construction or extension of infrastructure with a capacity to handle water supply for rapidly growing populations. Supply networks sometimes even deteriorate and the situation worsens in places where it was decent a few decades ago, and new outbreak areas for water-borne diseases appear. In order to meet this challenge in an optimal manner, it would be necessary to have objective information on the epidemiological situation of water-related diseases, including cholera.

Unfortunately, there are so many economic and political interests at work that the information available is generally biased, as the objective of those who produce or disseminate information is mainly to attract financing for specific activities that will best serve their interests. Neither academic research, which often derives its resources from financing managed by private foundations with considerable budgets, nor WHO, whose working groups are partly controlled by private interests, nor even humanitarian operators, who are increasingly sensitive to the advice of communicators and lobbyists, are spared by this phenomenon. Human health is a market, and especially water-related diseases. Consequently, it is up to politicians to tackle this problem head-on, but are they well-informed and, moreover, are they themselves independent from these markets? 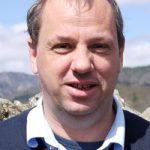