President of the Initiatives Group, associate researcher at IRIS

In dealing with the aftermath of a common global disease, in the form of Covid-19, the issue of commons is taking on a new dimension. It is particularly significant in the case of vaccines, where equitable access must be promoted on a global scale based on countries’ needs and not solely on their ability to pay for these goods.

As highlighted in the latest report on the African economy by the Moroccan think tank Policy Center for the New South, this solidarity-based governance model for resources is becoming increasingly relevant amid current health, climate and social crises. In Africa, this model is not simply a utopian dream, it offers hope of real progress, as demonstrated by its key practical applications. Could this approach offer a new way forward, one that fulfills the aspirations of civil society for a more endogenous development approach? In any case, this model has considerable potential.

Managing commons in the Sahel: the case of the Senegal River

Africa has a long history of sharing commons, sometimes in a traditional sense, such as with fishing in Senegal, as Chimère Diaw explained to iD4D, but also in more modern ways.

Founded in 1972 by Guinea, Mali, Senegal and Mauritania, the Organization for the Development of the Senegal River (OMVS) is one of the most successful examples of shared management of a river as a common. The OMVS developed a regional infrastructure program with the construction, in the upper Malian basin, of a control dam with a hydroelectric plant (Manantali, Mali) and, in the delta, of a dam that prevents seawater from rising upstream (Diama, Senegal).

Shared management based on precise rules allows for intelligent arbitration on the various uses of the river: flows necessary for irrigation, the filling of lakes, drinking water supply, navigation, and the production of 800 million kilowatt hours of energy per year. Despite there being over 400,000 hectares of potentially irrigable land, the extension of developed farmland is proving to be a successful strategy in Senegal.

The driving role of subregional organizations

For its part, the Southern African Development Community (SADC) was the first to consolidate the Trans-Kalahari land corridor between Walvis Bay (Namibia) and Pretoria (South Africa) in 1998, which was extended to Maputo (Mozambique), thus linking the Atlantic and Indian Ocean coasts. This land corridor is now connected to international destinations via direct maritime links.

The concept has continued to gain momentum with the establishment of the East African Community (EAC) corridors, which have opened up Kampala (Uganda) and Lusaka (Zambia), by linking these cities to the ports of Mombasa (Kenya) and Dar es Salaam (Tanzania).

It is true that many regional and continental projects of this type have been slow to come to fruition. Some have yet to prove their developmental value because of a lack of adequate policies to link infrastructure with related activities.

Nevertheless, the management of commons is gaining ground among regional economic communities. The Kavango-Zambezi Transboundary Conservation (KAZA) has been home to the world’s largest nature reserve since 2006, when it officially became the focus of an SADC project. The area extends from Namibia to Zimbabwe, through southern Angola, Zambia and Botswana. These five countries have pooled their conservation reserves and national parks over an area of 440,000 square kilometers, which is the same size as Germany and Austria combined. The objective is to protect ecosystems and develop tourism.

The continent boasts a wealth of commons which should be managed to benefit everyone. For example, the Nile, an essential source of water and electricity in East Africa, has become a bone of contention. Egypt is concerned that the Grand Renaissance Dam, constructed in Ethiopia, will restrict its access to water when the filling of the reservoir begins in 2021.

Signed in 1999 by the ten countries which border the river, the Nile Basin Initiative could have resulted in the management of a common, had it not been superseded by a new agreement signed in Uganda, in May 2010, authorizing countries upstream of the river to develop their own hydraulic projects, including dams, without Egypt’s prior agreement.

The Congo Basin is another almost perfect example of a common, with 300 million hectares stretching over six countries (Cameroon, Central African Republic, Gabon, Equatorial Guinea, Congo and the Democratic Republic of Congo). As the second “green lung” of the planet after the Amazon rainforest, the huge quantities of carbon (30 billion tons) stored in this equatorial forest are vital to the mitigation of regional and global climate change.

However, this African and universal common is under threat from deforestation. Protecting this ecosystem is essential, both for the communities that live there and for the environmental balance of the planet. For example, a long-term moratorium on the granting of new logging and mining concessions could be issued.

With populations doubling in size every 20 years, it may be hard to believe that certain African countries have the capacity to increase their coverage of health care needs to a level that would allow their health care systems to make up for decades of lost ground.

For example, in Niger, meeting the health care needs of its entire population would require a four- to five-fold increase in the ratio of medical staff and hospital beds per capita by 2030. Otherwise said, this would entail an eight-fold increase in the country’s current budget for the sector. In light of this situation, pooling resources across West Africa to manufacture drugs locally could be a strategic first step.

The key role of civil society

Africa has entered a period of “permanent and exceptional circumstances”. Many intellectuals, such as Nigerian writer Wole Soyinka, as well as think tanks, associations and leading figures in Africa, have been sounding the alarm about the need to move towards a “resilient” world, where critical situations likely to reoccur in the future can be prevented, mitigated or managed.

More than ever before, the driving forces behind this movement in Africa are considering the adoption of an endogenous development model, based on the identification of various essential commons and the promotion of a local, low-carbon economy which can generate inclusive growth. It is reasonable to assume that, over time, African governments will adopt more elaborate strategies to protect their “core sovereignties” – medicine, education, water and energy – by enlisting the support of regional communities.

By taking into account the principles that underpin the management of commons, a development model could be designed that is founded not on colonial cash crops, but rather on the collective, social ties and the environment. 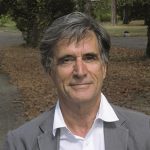 President of the Initiatives Group, associate researcher at IRIS