How did the commons appear in the ancient pacific societies?

The vast majority of these islands benefited from being populated by Neolithic groups which were already farmers. In the West Pacific, for centuries populations relied on the capacities of the environment to bear the burden of mankind. People fished, sometimes overfished, and burned forests to the extent of creating what they call deserts in the upper parts of the hills of thousands of islands, while being fully aware that this land could no longer be used.

At one point, the peoples of Oceania raised the issue of their resilience and long-term presence on the islands. They understood that their space was not used appropriately, for a population which was increasing. They consequently gradually shifted from simple slash and burn agriculture to various earthworks techniques to conserve land. They drained wetlands to circulate freshwater. They scraped surface land to make enormous heaps, which were transformed into agricultural mounds. They built hundreds of thousands of terraced hillsides, which they subsequently irrigated. This intensification of the use of the islands led to a changeover from family farming to a collective exploitation of common resources.

What modes of governance did they create?

Alliance networks were created based on clans. Groups of families, identifying themselves as having a common ancestor, functioned through active solidarity. These intensified systems produced fragile agricultural systems which could easily be destroyed by conflicts. Consequently, in order to ensure peace, the Melanesia clans created hierarchies of small and large chiefdoms, as Europeans call them, which are better defined by the term of countries in Kanak languages. This term needs to be understood in the sense of regions, agricultural regions like in the South of France. These modes of governance aimed to maintain peace: the Kanak villages were not fortified and thinking was based on deeply rooted solidarity.

When the French took possession of New Caledonia in 1853, they attacked the Kanak areas around Noumea, burned villages, and sought to starve people by breaking the water pipes of the irrigated taro plantations. The episode has remained in people’s minds: one of the leading Kanak chiefs went to see the French Governor to tell him that he could, of course, burn villages, but not break pipes as it was not “civilized”.

In what way are the South Pacific islands ancient examples of globalized worlds?

They are so because the preservation of cultural diversity is a foundation of Melanesian societies. The intensive use of space forced populations to create political conditions for their survival, by perpetuating resources using a collective management method. Indeed, the system collapses if neighbors do not find their place in the overall model. Complex social and political forms consequently formalized solidarity over long distances, sometimes hundreds of kilometers. Everyone was ultimately linked to the others by these networks, which covered the archipelagos and extended beyond them.

What were the main success factors for these ancient Pacific commons?

Magical thinking based on the existence of invisible forces that are more powerful than human power played a significant role in the preservation of the environmental balance. The ancient Pacific societies which succeeded in managing commons were based on beliefs and fear. If the rules were flouted, supernatural phenomena could be feared, related to the power of ancestors.

There was therefore a dual power. The land administration of the commons selected the latest arrivals on the island as chiefs in order to avoid conflicts. Its invisible side remained in the hands of the landowners, clans from the first known occupant ancestors. There was no room for dictatorial power in this model.

The success consequently came from respecting the law of the ancestors, with a magic force which frightened people. This law allowed long centuries of resilience.

What factors caused the collapse of these ancient commons?

This commons management had an intrinsic vulnerability. The European intrusion demonstrated this, leading to demographic collapses caused by flu, measles, tuberculosis epidemics, etc.

The main cause of the collapse of the ancient Pacific commons is related to market globalization, capturing wealth over the last centuries in the context of colonial expansion. The Western expansion process at the edges of the world, starting with Christopher Columbus, led to a profound breakdown of structures at local level, everywhere. It is often attributed to military invasions, but the first colonial attack was epidemiological. In a century and a half, diseases from Europe decimated up to 95% of populations in certain areas of the American continent, then in the Pacific.

Europe also experienced devastating epidemics, for example, the Great Plague at the end of the Middle Ages, without ever experiencing the same mortality rates. The direct consequence is that, compared to the thousands of hectares of irrigated terraces which existed on New Caledonia’s Grande Terre at the end of the 18th century, only a few dozen terraces remain in use at the start of the 21st century! This means, in both a radical and simple manner, that the daily lives of the populations of New Caledonia are today radically different from those of the Kanak groups which saw James Cook’s boat arrive in 1774.

And what are the areas of weakness today?

These ancient systems could not live without wealth redistribution. The management of common goods produces wealth and, therefore, potential conflict, as it is likely to make neighbors jealous. If a group captures an excessive amount of wealth, everything collapses. A considerable proportion of agricultural production was consequently intended to honor the elites of clans during traditional celebrations. In return, the latter were supposed to act as the champions of redistribution. As a result, people sometimes worked for years to celebrate for a month, inviting other chiefdoms, allowing a sharing and symbolically promoting the group, the “country”.

Yet the current market system no longer produces wealth for the common good. On the contrary, it depletes the immense mass to allow the exclusive wealth of the elite. There are no longer the same patterns. Our contemporary world has been built on the individual. This is where its tragedy lies. All the commons management systems were based on the central character of the group, the social fabric, and not on the individual.

Finally, the current breakdown of the social structure of contemporary societies would largely appear to be related to the corruption of laws. As they are not respected by the elites, they end up by no longer being respected by anyone. The mass no longer has confidence in the laws which govern it. Yet a system only functions if it is respected by all, be it the economic, justice or political representation systems.

Does this experience give reason for hope in the future of the commons?

Yes, it definitely does, if we give ourselves the necessary means and if sufficiently strong majority support is created to win over agreement. The history of the Pacific does, however, include examples of failure, such as in the archipelago of Fiji, a thousand kilometers from New Caledonia. All the valleys there are covered with fortifications, with extremely clear indications of latent cannibalism for centuries prior to the arrival of the Europeans. On some of the Cook Islands, populations lived in constant conflict, from the moment when environmental imbalance was established. It was to the extent that desperate populations ended up leaving certain islands. The Pacific can be used as a testing ground, a summary of everything we can succeed and fail in right up to the end – the technically possible extermination of the human race today. 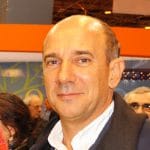