What lessons can be learned from the land commons in Africa, which are managed both in a traditional manner, according to rules dictated by culture and society, but also in relation to modern legal and social institutional systems? This management first and foremost stems from a mode of social organization on which economic behavior depends. The latter, embedded in society, cannot be dictated from above or from outside, states Chimère Diaw, a Senegalese expert posted in Cameroon, Director General of the African Model Forest Network (AMFN).[1]

What are the factors of flexibility, adaptability and resilience of the traditional commons in Africa?

We should first of all agree on the term commons, which may be understood as a system of pooling various types of resources. The literature on the subject is dominated by the myth of the tragedy of the commons, propagated by Garrett Hardin (1968), then its rejection by the institutional school of rational choice, with the Nobel Prize winner Elinor Ostrom. Personally, I have mostly looked at the commons as “systems of otherness” and for pooling resources, driven by ethics, a philosophy.

For example, sharecropping,[2] or the share system in fishing, show that resources as such are only part of the broader pooling system. The commons are a key, but not the entire system. They are a pool of common resources managed in such a way that when an element of them is appropriated (game, fish, agricultural farm), only the latter becomes a private possession. The resource in itself remains in common.

In coastal fishing, the appropriation can only be achieved through catching, as the resource is fluid and moving. Consequently, it is between the crew members and at the time of the sale of the fish that the resource is pooled. The shared remuneration system shows that the crews and owners do not simply share the costs and results of the activity. They jointly bear the losses and share the profit, which consequently no longer only remunerates the capital. In Senegal, fish or money is given to former fishermen (teeraan), or donations are made from collective labor (laawi njaaylu) – the entire product of fishing is offered to a crew member or to the community for the purpose of mutual assistance.

What would be the lesson to learn from the management of the commons in Africa?

Institutions have evolved with society with, for example, revolving credit in tontines and the community pooling of financing in certain migrant groups.

The economy with the Wolofs in Senegal is not individualistic or egotistical like in the welfare economy. It stands apart from the opportunism or “strategic self-interest” of the American economist Oliver Williamson, with his theory of “transaction costs”.

For Senegalese cultures, the real rationality lies in knowing how to integrate others into one’s ways of doing things. When someone refuses to share in Senegal, he is told in Wolof: “Da nga näkk xel”, “You have no reasoning, no spirit”. In other words, you are only human when you are able to think of others.

Are these models resilient to industrial modernity?

Yes, they are. In African fishing, we have seen a small and highly resilient market production subsist, able to make industrial fisheries bankrupt. About forty years ago, Ghanaian and Senegalese small-scale fishermen succeeded in the feat of diverting, for their benefit, the purse seine nets developed by FAO for semi-industrial fishing, by innovating in catching systems (canoes and nets) with a capacity of over 20 tons.

Furthermore, the forms of ownership embedded in the commons have been innovating in West Africa since the end of the 19th century, in a profusion of delegated rights, sharecropping contracts, mortgages and various leasing commitments. Consequently, the first commons adapted to capitalism throughout the 20th century.

Will this be sufficient to face the challenges of the 21st century, with population growth that will not be without major upheavals for the African economy? We can still believe that it will be, especially because the new networks for lateral governance and a collaborative economy which are emerging on Internet are, for the time being, led by young and rich populations from the North, rather than by poorer populations in the South, which traditionally convey commons and their values.

Does the economy of the commons mean breaking with classical economic science?

Yes, it does. When I explain the sharing among fishermen in in Senegal, I am not transforming a phenomenon which I do not understand in order to make it fit in with my formula, as economists so often do. Culture, and the way in which economic systems are embedded in a much broader rationality, matter more than the simple economic system in itself.

If we look at these Senegalese fishermen in light of the economic science which has prevailed since the Second World War, we are going to say that they are irrational, whereas their choices prefigure the rationality of tomorrow. The new commons restore the notion of sharing in today’s economy.

Do the commons call private ownership into question?

No, they do not. They simply restore an element of the collective economy which was already present, but was overwhelmed by private ownership. The West focuses excessively on ownership, which prevents it from thinking in terms of access to resources. The means of production will continue to be controlled, as an extremely powerful machine means that 1,800 billionaires are collectively richer than 152 countries put together, and that 62 of these billionaires own as much as half of the world population.

In my opinion, based on the analysis of the collaborative economy, we cannot jump the hurdle of private ownership. Advocating for the circular economy will not be sufficient, as a major transformation needs to take place on a global scale, based on an evolutionary mode, otherwise we will have extremely brutal crashes as in the 1920s. The Hungarian economist Karl Polanyi (1886-1964), author of The Great Transformation, is often forgotten, whereas he gives important keys on the way in which the economy is embedded in society.

Today, we have arrived at the opposite result: it is society which is embedded in the economy, hence the current radical forms of rationality, which hold that everything should be settled by the economy.

[1] This NGO based in Cameroon aims to develop and protect forests by bringing together all the actors in a given territory around a consensual vision of their interests, in order to overcome land conflicts and pool resources based on a practical and concrete method.

[2] Sharecropping is a type of rural lease in which an owner entrusts the sharecropper with the task of farming land in exchange for part of the crop. 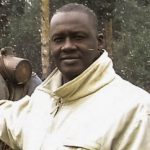