Addressing the lack of health workers

The last decade has been marked by the commitment to improve the work organization of health staff by delegating tasks, which consists in a rational redistribution of tasks among health staff teams, generally from skilled staff to a category of less skilled staff. The aim is to streamline HIV management and free up time for doctors to treat complications and/or attend to patients who require a more extensive or more regular follow-up.

In 2006, the delegation of tasks was promoted by the WHO “Treat, Train, Retain” initiative, based on experiments mainly conducted in the Anglo-Saxon African countries. The international community has supported many such projects, which have demonstrated promising results.

The overwhelming majority of recent publications on the delegation of tasks report positive results: time saved in carrying out work, improvement in rates for patient follow-up, increase in the capacity to put new patients on ART…, without there being an effect on the quality of care or work. These studies show that nursing staff or health workers can carry out tasks that go beyond their current role. This improves certain bottlenecks and frees up medical staff for other often more technical tasks.

These policies also raise certain obstacles, which can be overcome, such as the medical staff considering that their diplomas have been downgraded or their work undervalued, or pay rises for staff who are asked to do more than their task. Finally, the redefinition of tasks by the Ministry of Health and reorganization of work sometimes require institutional and trade union agreements.

Challenge of scaling up

However, local successful experiences of the delegation of tasks do not take sufficient account of the obstacles posed by a scaling up that would undoubtedly be beneficial. Why? The delegation of tasks alone would only offer a limited improvement in the management of HIV (and of other diseases) if it was not combined with 1) the decentralization of medical and paramedical staff concentrated in capital cities or in a handful of large cities, 2) the recruitment of health workers, which is insufficient despite the delegation of tasks, 3) the reorganization or improvement of the health system, 4) financing to strengthen health systems and the reorganization of healthcare.

It is easy to make arrangements for these last points in the context of a micro (local) experience and they have a positive impact on the delegation of tasks. Scaling up raises implementation difficulties that are more complex to resolve. For example, the decentralization of health workers is too often perceived as a sanction by the persons concerned, unless it is combined with benefits (bonuses, housing, free schooling for dependent children…). However, decentralizing staff does not allow needs to be met. At the Addis Ababa Conference in 2008, it was recalled that in the South there was a shortage of 2.4 million doctors, nurses and midwives and that the cost of the campaign for the delegation of tasks alone was at the time estimated at USD 7bn for 2008-2012.

Costly investments and lack of political will

Improving HIV/AIDS management cannot be confined to simply delegating tasks. It also requires strengthening and reorganizing health systems, staff decentralization policies, structural investments, as well as investments in equipment and training. It is difficult to estimate the weighting for each of these areas in the achievement of the MDGs[1] or similar objectives defined by the international community for several decades, but there is no question that they each depend on the other. Consequently, taking action on just one area limits the effectiveness and dampens the overall expected result.

Improving health systems and HIV management in low-income countries is costly. Previous attempts to strengthen health systems by Alma Ata in 1978 or the Bamako initiative in 1987 did not really lead to the expected success (i.e., the development and decentralization of healthcare, particularly at the health district level). In Africa, in particular, the proportion of GDP devoted to health is insufficient for the region, which does not give an incentive for Official Development Assistance in this field. Despite the mobilization of the international community, particularly via the Global Fund to Fight AIDS, Tuberculosis and Malaria, which has made a significant contribution to the fight against HIV/AIDS since its creation, the shortage of health workers and lack of structural investments place a burden on the achievement of the objectives. In a country like Chad, despite the increase in the number of PMTCT sites from 120 to 150 in 2012, the coverage of needs for care for women and children infected by HIV only stands at 13%. 10 times more sites would be required to cover a country as large as Chad.

The change could take place through the convergence of means and a shared political will, which is what the MDGs aim to promote. However, neither investments in health in Southern countries, nor international aid are sufficient to address the challenges posed by HIV management in Africa. Nothing is inevitable, there is simply a lack of resources. Will the policies to delegate tasks, which actors in health development are currently enthusiastic about, contribute to promoting a sustainable strengthening of health systems, or will they mask the costly reforms that are necessary and which many countries continue to come up against? 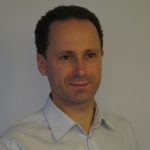