Half the world’s population may end up being infected with COVID19. Some estimations put the resulting number of deaths at 40 million if nothing is done. It is a global catastrophe. A human catastrophe.

But it is also an unequal catastrophe. Fifty percent of human beings do not have access to the most basic healthcare and will therefore be completely helpless when the looming epidemic strikes them. And you will be affected differently depending on the country you live in: there are those with a robust public health system, but also those where your level of care is dependent on how healthy your bank balance is. In other words, depending on whether you live in a country where healthcare is considered a right or a privilege.

Inequality in this pandemic can be seen first and foremost in the gaping financial chasm that separates countries of the Global South from the rest of the world. The poorest countries spend an average of 40 US dollars per person per year on healthcare compared to almost 3 000 dollars in wealthy countries, i.e. 70 times less. In France there are 32 doctors per 10,000 inhabitants; in the Sahel there is one. Mali has three ventilators per million inhabitants.

At the time of writing, Africa already has thousands of cases of COVID-19. There are almost 12 000 in Brazil. Nearly 4 000 in Ecuador. India’s 1.3 billion people are in lockdown. Although the spread of the disease in the Global South is still relatively modest, it is gathering pace inexorably. In the wealthy countries all eyes are riveted to our TV screens with their endless images of overwhelmed hospitals and exhausted caregivers, but for the poorest countries, there is every chance that this could turn into a major humanitarian crisis.

This pandemic reminds us of our shared humanity. It must now encourage us toward a collective solidarity. Faced with the current challenge, all the world’s governments must strive for and achieve a general mobilization. The richest among them must respond to the global solidarity effort by putting in place a genuine planetary Marshall Plan for public health, without delay.

Oxfam estimates needs at 160 billion dollars at least: this would amount to doubling current healthcare expenditure in the world’s 85 poorest countries. On March 30, the UN called for a $500 bn Marshall Plan for health. While the details of requirements still need to be specified, the main message is clear and powerful: we need to reinvest in global healthcare—quickly, massively and above all, sustainably.

Just a few weeks ago these figures would have seemed crazy, but compared with the $5 bn announced recently by the G20, they actually look quite reasonable. First and foremost, we need to act, and this is why Oxfam is proposing a 5-point action plan.

Action n°1: huge investment is needed in prevention. Promoting and communicating on public health. Engaging with and educating communities. Access to water and sanitation facilities, particularly for handwashing, and free tests for all. The lesson learned from the Ebola crisis is that prevention is fundamental in the fight against epidemics. Fear does not change behaviors; but giving people self-help tools does.

Action n°2: in the poorest countries, hire 10 million paid and protected healthcare personnel. Ellen Johnson Sirleaf, the former president of Liberia, a country where one caregiver in 10 died of Ebola, put it neatly: “A nurse without a mask is like a soldier without a helmet—neither stands a chance against their enemy.” And WHO has already estimated that to reach the Sustainable Development Goals by 2030, another 18 million caregivers are needed in the poorest countries.

Action n°4: requisition health infrastructure, including private facilities. Spain has done this, and so has India. Public and private health facilities must be aligned and coordinated to combat the virus whilst also meeting all the other urgent health requirements of the population.

Action n°5: produce a free, universal vaccine. The entire human race is affected, so our solidarity in producing a vaccine must stand firm. Faced with an illness that could contaminate half the world’s population, it is inconceivable that a vaccine should fall victim to wrangling and profiteering by a handful of pharma firms.

The day after COVID-19: a renewed international solidarity?

The COVID-19 pandemic is undermining our societies. It has exposed our weaknesses and highlighted the catalogue of inequalities that we have so dangerously allowed to grow. It is showing us that there is a price to pay for our past selfishness, and it is very high. Solidarity has returned as a salutary value: we are now counting on it to survive.

If the pandemic has shown us the error of our ways, it is now up to us to learn from it so that once the crisis is over we do not make the same mistakes again. We must all draw the right conclusions and reinvent new forms of solidarity.

This is true for international solidarity in this global crisis. For many years now, Oxfam and others have been repeating that poverty and inequality are not a matter of fate but instead the result of economic and political choices. The accumulation of wealth by the few to the detriment of the vast majority means that when we are confronted with a common threat, we are not all competing on a level playing field. Need we be reminded that 70% of the world’s caregivers are women? Today they are taking center stage and we are applauding them, but for years these same women were intentionally pushed into the background.

Today, many poor countries are powerless faced with the impending epidemic, and the international community bears a large share of responsibility for this.

First, it has not kept its promises: this year is the fiftieth anniversary of the promise made by the rich nations to devote 0.7% of their national wealth to poor countries, but only a handful of them have done so. France is not among them.

Second, years of structural adjustment policies have unraveled public services in numerous developing countries, while in recent years there has also been an increasing tendency among international funders to commodify health and education. The private sector has become the be-all and end-all for numerous funders, and many of them have dangerously deprioritized the social sectors. For example, health only accounts for 2% of the activity of the Agence française de développement.

If there is to be a before and after COVID-19, we also need to rethink the way in which we express our solidarity. Development aid must emerge profoundly transformed from this pandemic. It must help to build the social contract in developing countries by ensuring that its core action is the reduction of socioeconomic and gender inequalities. Health, education and social protection must become the sectors upon which our international cooperation policy is rebuilt, as they are the best equipped to build fairer and more egalitarian societies. There can be no turning back in the way we do things, and even less in our solidarity. 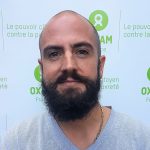