Advisor for the Climate and COP21 at Caisse des Dépôts Group

At the Copenhagen Conference in 2009, a pledge was made to mobilize USD 100bn a year, by developed countries to developing countries for the climate, starting in 2020. In addition to the financial engineering required to meet this commitment, the agenda of solutions for private finance involves changing the entire financial system in both the North and South in order to make it compatible with the 2° target. This is the meaning of the subheading of Climate Finance Day, organized on 22 May at the initiative of the Caisse des Dépôts and European Investment Bank: “How to shift the trillions?”.

In the face of climate change: a new financial conception

The Copenhagen Conference (COP15), which came in for a great deal of criticism for the minimal international agreement it produced, did however mark a landmark change: the recognition by all States that it is imperative to limit the global temperature increase to 2°C by 2100 compared to the pre-industrial climatic era. This target has brought about a new conception of financing that includes the climate risk.

Targeting this objective of 2°C requires capping carbon emissions, even if this is only due to the climate regulations that are being established around the world. Companies in sectors that are high carbon emitters, such as the fossil fuel sector, are consequently threatened with being in a strategic impasse in the medium to long term and with seeing their value fall. A company’s share price reflects the profitability expected from this company. Yet capping emissions condemns a large proportion of fossil fuels not to be consumed. In these circumstances, the share prices of companies in the sector, which are currently based on their reserves, is set to fall, unless these companies change their economic model.[1]

The first financial actors to have understood the extent of the climate risk are long-term investors. Pension funds in particular, which must guarantee the pension rights of their youngest affiliates over a 70-year time horizon, are redefining their portfolio strategies to make them compatible with the 2° target.

For example, the Norwegian Sovereign Fund, the largest institutional investor in the world, is currently looking at the opportunity of selling the shares of coal and oil producers that it holds. Coalitions of investors, such as the Portfolio Decarbonization Coalition or Montreal Pledge, oblige asset holders to measure the carbon footprint of their portfolios in order to ultimately reduce it. How? Some choose to influence corporate strategies by mobilizing their power as shareholders. Others prefer to index the composition of their portfolios on low-carbon stock market indexes. Others again “green” their portfolios by purchasing assets that directly finance the transition (renewable energies, energy efficiency, transport, sustainable cities and agriculture…). The recent boom in green bond issues, or climate bonds, demonstrates investors’ strong appetite for climate finance and “green” assets.

Yet it must be said that a number of green economy projects still struggle to find their financing. By allocating loans or arranging bond issues, banks have a key role to play in actually channeling the economy towards a less carbon-intensive and more resilient model. But to finance the green economy more massively, they need to make quite a profound and rapid change.

Indeed, the risks and costs of the green economy are perceived by banks as being higher than in the traditional economy, particularly in developing countries. More than in other sectors, public action consequently remains necessary in order to attract private financing towards projects.


Multilateral banks, national development banks and, more generally, public banks are implementing tools able to secure private financing by guarantee and risk sharing systems. They are also undertaking major work to harmonize and measure their action, which gives a sign of confidence for the commitments made by States in developed countries to transfer USD 100bn a year towards developing countries. Indeed, the “budget” will only make sense if there is a consensus on its content. This is what the 22 banks of the International Development Finance Club (IDFC) worked on during the Climate Finance Forum in Paris on 31 March 2015. They established a standard there which allows financing that is favorable for the climate to be defined and measured and strengthens the momentum to green the global financial system.

In emerging and developing countries, financial decentralization reforms must no doubt be conducted to allow regional and local authorities to borrow directly, without the mediation of governments in order to finance their green development projects.

Furthermore, while public authorities are urged to do away with fossil fuel subsidies, certain banks, in general under vigilant pressure from NGOs, are stopping financing the projects that respect the climate the least and, more generally, the environment of local populations. We can only laud those who decide to be transparent over their financing policy and to drastically reduce their exposure to highly emissive sectors.

Finally, rating agencies, which are increasingly including the climate risk in their analyses of the creditworthiness of borrowers, should act as a powerful accelerator for a global greening of debts.

For the financial sector, the climate challenge does not only concern financing the reduction of carbon emissions and green development. It also involves financing climate change adaptation and covering the new risks it poses. The increasing frequency of extreme climate events proves that climate change is already happening. The insurance sector is taking it into account by introducing new forecasting, compensation and prevention tools. These new techniques often require cooperation between public actors, insurers and reinsurers at regional levels. Thanks to this cooperation, the issues related to covering risks and climate change adaptation are more effectively addressed in order to make our societies more resilient.

Finance can no longer consider itself as being neutral with regard to the climate. In the North and South alike, well-devised public policies must facilitate its commitment and encourage it to take action. In this respect, the introduction of carbon pricing, in the form of taxes or systems to exchange emission quotas, continues to be the keystone measure to direct the entire economy. But it does not exempt the financial sector from its own responsibility. Furthermore, specifically financial policies and regulations can foster the development of financial markets towards a generally sustainable system.


Climate Finance Day allowed the world’s top experts to address these issues in depth. Following this day, all the conditions for a mobilization of private finance are in place to allow the implementation of the available tools and for it to voluntarily, and in complete transparency, make a commitment to the climate. This mobilization will be essential in the run-up to and after COP21.

[1] This reasoning basically summarizes the research of the think tank Carbon Tracker. It has given rise to groundbreaking climate policies by financial actors. 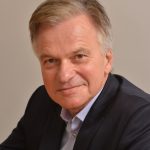 Advisor for the Climate and COP21 at Caisse des Dépôts Group 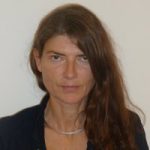