How can ICTs contribute to the climate challenges?

The new connected objects have a strong impact on energy consumption and carbon-intensive products. It is possible to have a real impact by putting technology to good use and changing behavior.

For example, in Paris, one in three cars tries to find a parking space. If we managed to immediately tell the driver where there is a free place, we could reduce traffic pollution and congestion. There would be an immediate impact, with a technology that would allow us to link up the user with the parking space – or even allow him to reserve it.

Similarly, the digital transformations applied to cities have a number of implications. We can reduce or switch off street lighting depending on the needs and passage of users, for example. Smart street lighting systems have already been developed in France, Denmark and Sweden, but they have not been put into general use yet.

What are the best practices to reduce the carbon footprint of buildings?

We can regulate energy expenditure depending on the needs of occupants, both in households and in work spaces. Indeed, it is possible to detect the user’s presence or geolocate him, program heating times depending on the routine use, and automatically switch off or turn on electrical equipment, because when it is left in sleep mode it consumes energy. We can also, as is the case with the “Smartseille” eco-neighborhood, which is currently being built by the Eiffage construction group in Marseille , recover the energy consumed by the building for urban heating and make a double saving. An energy solidarity principle means that the heat released by a building can be transferred to another one, provided they are connected…

The transport sector is the 2nd major source of human-induced CO2 emissions. What solutions aim to take action on transport?  How can these emissions be reduced?

By making efforts to achieve a more connected and more responsible life, we can put people in contact with a more sophisticated connection than the traditional video conferences, as well as clearer and faster systems to transfer documents and work as a team. Our Webex/Spark/Jabber systems are a suite of collaboration applications which allow hardcopy prints to be reduced and meetings to be held in the same location. For example, Webex and Spark allow us to organize virtual meeting rooms where the entire staff from all the company’s sites can communicate in writing, orally or by video securely and without leaving their workstations.

For companies whose employees often travel by plane, we provide solutions which avoid long trips and reduce the high costs, as well as a huge carbon footprint. We have already deployed systems worldwide, for companies like Bouygues, whose employees travel a lot.

In addition to our systems for virtual meetings, we also have applications to calculate carbon footprints, which allow companies to know exactly what their carbon footprint is if an employee travels by plane for a given trip.

Is it also possible to reduce local transport, between home and the workplace or administrations?

Of course it is. If you live in Versailles and work at la Défense, you do not necessarily have to travel every day. Working environments can be teleported in order to reduce travel to a minimum and maximize working time. This approach already prevails on a large scale in Northern European countries like the Netherlands, which seek to limit pollution, but also rush-hour traffic jams. It is a major source of energy savings. Employers are no longer afraid of setting up teleworking on a very large scale, at home or in local telecenters, although a structured change process is required for it to be effective.

Users can also carry out their administrative formalities in community spaces, such as shopping centers, where they have access to public services with longer opening hours than normal office hours. We have had experience with this with the “Spot Mairie” City Hall booth launched in Nice in 2013 in a Leclerc supermarket chain, where you can carry out formalities from Monday to Saturday from 8 am to 8 pm. This booth allows you to talk to a City Hall employee, who appears on a screen, prints out the documents you need for you, and confirms each stage of the formality with you. Our “Cisco Remote Expert For Government Services” tool maintains the human contact, but also allows the authority to check the documents presented. Indeed, the booth is equipped with a scanner/video detection system which recognizes and validates official documents.

Are you not afraid that these systems may be detrimental to social relations and communication between people?

No, the feedback we have had since Nice shows that it is quite the contrary. The tool makes sense for administration officers and brings citizens closer to them. These systems establish closer links between service providers and users. The technology can, of course, be perceived as a barrier. The issue therefore involves ensuring users become proficient in it.

I prefer to use the term “emerging” countries, which sometimes go much faster than “developed” countries, partly because they do not need to take into account what already exists. For example, the deployment of mobile phones in Africa has been the fastest in the world and widespread, because landlines were not developed.

In these countries, the challenges lie in maintaining tools in an operational state, beyond maintenance: the electricity supply is not stable, air-conditioning needs to be provided, staff may sometimes lack technical skills, etc. For the rest, all the solutions developed in Northern countries today may very well be applied in the South, particularly the development of smart cities, in order to achieve the same impact on climate change and to address the climate challenges. 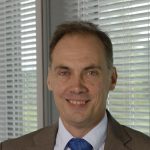