Facebook Twitter Link
Copied to clipboard
On September 28, 2020 shows a worker positioning a mirror before lifting into place on a heliostat used for reflecting sunlight at the Yanqing Solar Thermal Power Generation Base in Yanqing, north of Beijing. (Photo by GREG BAKER / AFP)

China’s future will be green or nothing at all. The Asian giant has officially pledged to be carbon neutral by… 2060. This gives the country four decades to reverse its current trajectory. But is this target realistic? “I don’t want to be too enthusiastic, but it’s a very positive sign,” says Jean Jouzel, iD4D climatologist and 2007 Nobel Peace Prize Laureate on behalf of the Intergovernmental Panel on Climate Change (IPCC). “Achieving carbon neutrality is absolutely essential in order to stabilize global temperatures. So, when China—the world’s largest emitter of Co2—announces that is has set such a high target, it should be cause for celebration.”

This commitment—announced by President Xi Jinping at the UN General Assembly last September—could give new impetus to the Paris Agreement, which has been “completely decimated by Donald Trump since 2016,” says the French climatologist. If China achieves this goal, the target of restricting global warming to 1.5°C would be within the world’s reach. According to Jean Jouzel, this pledge reflects “the realization by an entire generation of Chinese young people of the seriousness of global warming and its links to pollution.”

It remains unclear how, in practical terms, Zhongnanhai (the Chinese equivalent of the French Elysée Palace) is going to reconcile this climate challenge with the essential need to further China’s development, which will require burning a huge amount of fossil fuels, and coal in particular, which accounts for nearly 60% of the country’s energy balance. Although the majority of megacities in China have converted to natural gas, many domestic and industrial power grids in secondary cities and rural areas are still heated and cooled using this Chinese “black gold”, extracted from mines in the Shanxi, Hebei and Inner Mongolia provinces.

In addition, domestic car sales have skyrocketed: more than 20 million vehicles are sold every year, compared to barely 3 million at the end of the 1990s. As a result, over a 25-year period, the country’s greenhouse gas emissions have more than tripled and it now emits 28% of the world’s CO2.

This air pollution has been having a devastating impact for a long time, causing irreparable damage. At the end of 2019, the environmental publication Reporterre reported that “there are hundreds of ‘cancer villages’ in the provinces of Henan and Anhui.” “Sixty percent of water tables, 30% of rivers and 19% of agricultural land in China are so polluted that they are endangering people’s lives.”

Despite these issues, China is determined to lead by example in the fight against global warming. The country is already the world’s leading investor in renewable energy. Just 15 years ago, China’s presence in the sector was practically non-existent, but the Asian giant has since become a champion of solar energy, increasing its power production fleet from 1 GW in 2010 to 150 GW some ten years later. Wind power production capacity has also soared: from 31 GW in 2010 to 185 GW in 2018.

“Beijing has also invested heavily in research and development. For example, in Shanxi province where China’s main coal reserve is located, a number of R&D projects have been launched, with the aim of transforming coal into hydrogen,” says Ding Yifan, deputy director of the Chinese Institute for Global Development, a think tank attached to the Chinese State Council. “This environmental awakening has filtered through to all aspects of daily life.”

In addition, 50% of new buildings now adhere to green building standards, and almost 15% of energy consumed in cities is generated from renewable sources. The country has 18 major cities in total, including the megacity, Chongqing, which is home to 30 million people, all of which have signed a so-called ‘“sustainable design treaty” under the guidance of a number of Chinese and international architects, who are responsible for “redesigning” new districts according to strict ecological criteria.

Can China transform itself into an “environmentally-friendly” superpower and become the leader in the fight against climate change? In truth, after several decades of rapid growth, this country, twenty times the size of France, still has a long way to go. China’s 14th Five-Year Plan (2021-2025), adopted last autumn, clearly stipulates the need to accelerate this “ecological transition,” but the bar remains high. “First and foremost, the country must focus on overcoming its dependence on coal,” says Li Shuo, climate specialist for Greenpeace China.

According to a study published last June by NGO Global Energy Monitor and the Centre for Research on Energy and Clean Air (CREA), China has increased its construction of coal-fired power plants by 21%. “This strategy contradicts its official objectives,” says Li Shuo. “There will never be a solution to climate change if China continues to build more coal-fired power plants and to increase its energy consumption. It’s in China’s long-term economic, political and environmental interests to reduce its dependence on coal.”

Beijing has also begun to ramp up sales of power plants overseas. According to Boston University’s Global Development Policy Center, as quoted by AFP, Chinese companies are currently building coal-fired power stations outside the country with a total capacity of 19.6 GW and at a cost of nearly €21 billion. For militant ecologists, this approach is indefensible, but others see it as a technological opportunity. “In general, they are clean power plants equipped with facilities to capture carbon dioxide,” says Ding Yifan.

China is taking a pragmatic approach and attempting to reconcile the ecological transition with economic opportunities, by selling its state-of-the-art coal-fired power plants to anyone willing to buy one. However, whether this strategy can be maintained over the long term remains to be seen. 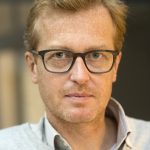