Facebook Twitter Link
Copied to clipboard
Protesters hold a banner as they attend a demonstration on December 6, 2019 in Vienna, Austria. (Photo by JOE KLAMAR / AFP)

Businesses, political decision-makers and citizens are among the many stakeholders who have recently called for urgent action in the ecological transformation of our economy. However, for the world of tomorrow to be truly green, make no mistake, the decision must be made to break away from the world as it was before.

This is true for both the economy and for the world of finance, which has been promoting itself in a flattering light since the Paris Agreement in 2015. For financial institutions, this break with the past would mean excluding any company from their portfolio which belongs to the “world before”, i.e. a world that prioritizes the use of fossil fuels.

In any event, this was the positive message communicated by the Norwegian Sovereign Wealth Fund on May 13, when it extended its blacklist of polluting companies. However, this does not appear to have convinced the governing bodies of some of our French banks, which seem stuck in their traditional roles.

Since COP21, there has been a major increase in the number of both public and private financial institutions that have committed to aligning their operations with the Paris Agreement. While coalitions between financial actors committed to carbon neutrality are growing in number, unfortunately, many of these initiatives have proved to be little more than ‘greenwashing’. For example, the French banks that are members of these coalitions have injected nearly €200 billion into the fossil fuel industry since COP21. It is no longer enough for financial players to swear hand on heart that their portfolio is environmentally-friendly, they must now hold the companies they finance to account.

While there is no single definition for being “in line with the Paris Agreement”, a list of the most climate-damaging companies can be established nonetheless. In the coal sector, the German NGO Urgewald has been conducting this work since 2017, having compiled a blacklist of 746 companies that are on a global warming trajectory much higher than the 1.5°C limit recommended by the IPCC.

Following a ruling by the Norwegian Parliament in 2019, on May 13 of this year, the Norwegian Sovereign Wealth Fund officially included on its blacklist companies that are very active in the coal sector, as defined by the Urgewald List. For example, RWE, the German energy company and Europe’s biggest private sector polluter, has now been excluded from this public fund. Regrettably, this policy does not apply to companies planning to build new coal-fired power stations, but it is in no way a trivial decision: the world’s largest sovereign wealth fund, with more than USD 1,000 billion in assets, often serves as a guide for many investors.

Climate change: the ball in the court of private investors

Furthermore, this is not an isolated decision by public financial institutions. Some have gone a step further and are taking on all types of fossil fuel projects. In December 2019, the European Investment Bank paved the way for this approach by declaring that it would stop financing new fossil fuel projects from 2022. This constitutes a historic decision for the world’s first multilateral bank. Agence Française de Développement is also preparing to take this line of action, as part of the review of its climate strategy, which is expected to make significant progress in developing plans to exclude fossil fuel projects via financial intermediaries.

Public financial institutions could create a ripple effect across the investment sector by developing a more restrictive set of investment criteria. Therefore, this puts the ball firmly in the court of private finance companies. In France, the banks are the foundation of the economy: the four largest banks hold assets worth the equivalent of three times the country’s GDP.

In November 2018, Oxfam reported that 70% of energy financing from French banks was still being directed to fossil fuels, compared with only 20% to renewable energies. Since then, the banks have updated their energy policies but these efforts still do not go far enough in view of the climate crisis.

Banks that are setting a good example include Crédit agricole, la Banque postale AM and Natixis (a subsidiary of Banque populaire Caisse d’épargne), which set themselves apart between June 2019 and May 2020 by adopting a zero-tolerance policy on coal. Although these banks have not excluded all the companies on Urgewald’s blacklist from their portfolios, they are on the right track. Crédit mutuel has adopted the most comprehensive and honorable approach by committing to severing all ties with the 746 companies on the Urgewald blacklist and by requiring other companies it works with to publish a coal exit plan by 2030.

Unfortunately, Société Générale and BNP Paribas have not seen fit to follow the example of their four counterparts, and have retained companies in their portfolios that have been excluded by their competitors. For example, the financial support provided to RWE by these two banks generated the equivalent of 5.6 million tons of CO2 in 2018, which is the same as the emissions from 3.5 million petrol cars over an entire year. Although BNP Paribas announced a review of its coal policy in the same week as the Norwegian Sovereign Wealth Fund, the German company remains in its portfolio.

Oil and gas: the effects of voluntary financial commitments are too slow

While significant commitments have been made in terms of coal, efforts have been too erratic and slow-moving to kick start any meaningful energy transition. On July 2, 2019, the French government called on actors in the financial sector to publish coal exit strategies by mid-2020. As a response to the climate crisis, this measure is inadequate as it does not cover the oil and gas industries, for which expansion must be halted and an exit strategy launched immediately.

Thus, a May 2020 study by Friends of the Earth has revealed that the four largest French banks have invested €22 billion in the American shale gas and oil sector since COP21, an industry that is particularly harmful to people, the environment and the climate. Furthermore, no sanctions or regulatory measures have been put in place by the State for financial organizations whose actions do not go far enough.

The massive and ongoing investment by banks in the fossil fuel sectors explains the huge carbon footprint of French banks, which has been highlighted by Oxfam and Friends of the Earth. In 2018, the operations financed by the four largest French banks generated the equivalent of more than 2 billion tons of CO2, or 4.5 times the emissions of France for that same year.

A time for action

If our political decision-makers really want to make the transformation to the world of tomorrow, the time has come to blacklist companies, rather than offer them incentives. Now is the time to integrate the coal company blacklist into public legislation, and to extend it to the shale gas and oil sectors. In addition, the climate crisis also requires the setting of long-term targets. The government must obtain plans from financial players which commit them to the 1.5°C global warming trajectory, and which include an exit policy for fossil fuels by 2040 in developed countries, and by 2050 across the rest of the world.

Finally, as part of the European Commission’s action plan to finance sustainable growth, the Non-Financial Reporting Directive (NFRD), which demands transparency from companies regarding their climate strategy, is being revised for the end of 2020. This is the perfect opportunity to incorporate these requirements at a European level, particularly the obligation for private actors to publish an emissions strategy for the 1.5°C trajectory. In order to develop a true action plan for green finance, and to achieve this trajectory in line with the Paris Agreement, a common blacklist of polluting companies must be adopted. 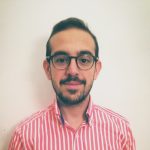