Many local authorities lack financial capacities for adaptation. Indeed, the financing for this is often allocated at national and regional level, but still too rarely redistributed at municipal level. Consequently, it is essential to increase municipal resources, for example, by raising dedicated transfers. But this also requires building local authorities’ capacities to manage their resources.

Local authorities are involved in partnerships with international actors in order to make up for this lack of financing and launch adaptation initiatives: with donors, but also with NGOs and international research institutes. These exchanges are of great benefit to them in terms of broadening their local perception of adaptation and learning from these actors’ experiences in other territories.

Other partners, such as local actors (associations, companies, research groups and think tanks) are also important for local authorities. Indeed, their knowledge of the city issues is helpful for local authorities to collect both quantitative and qualitative data on the local impacts of climate change. These data are almost nonexistent, yet they are essential in helping decision-makers in local authorities to direct their choices towards more resilient investments. For example, research centers can create climate risk models tailored to the local context. Participatory assessments, which can, for example, be conducted by NGOs (thematic surveys, focus groups, interviews…), allow climate incidents to be reconstructed in order to identify the resilience mechanisms that need to be set up following such events.

In addition to the importance of these local partnerships, local authorities must also be attentive to the adaptation initiatives led by residents. For example, in Theewaterskloof in South Africa, some fifteen local and political figures, business leaders and farmers have got together to propose adaptation solutions. This initiative has been lauded by the media and authorities as being legitimate and promising to bring improvement. Municipal authorities have a triple role to play towards such initiatives as a facilitator, relay and financier in order to meet a locally identified need.

Scale up political support, while reconciling adaptation and development

There are still few local elected officials who take up the issue of adaptation. This lack of political support is due to insufficient awareness of climate issues at all levels of governance, but also to the inconsistency between the short term of elected municipal officials and the medium or long term required to implement effective adaptation projects.

Certain events (natural disasters, organization of international climate conferences in the country…) sometimes contribute to raising the awareness of certain political leaders, who consequently put the issue of adaptation on the agenda. The challenge is then to sustain interest in the issue beyond these high media profile windows.

Furthermore, in some cases, such as in South Africa, adaptation sometimes has a negative connotation for the elected officials of local authorities, who consider that it hinders the economic and social development that is eagerly awaited by populations.

Yet climate change adaptation does not run counter to economic and social development: for example, reinforcing urban flood prevention infrastructure protects residents, while limiting risks of activities being paralyzed after such natural disasters. Adaptation can thereby provide an opportunity to make development more resilient, and therefore more sustainable over the long term.

So, what are the pillars for sustainable urban adaptation?

Improving adaptation in cities for more sustainable and resilient urban development is based on three complementary actions: 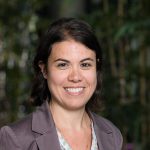