Lecturer and Deputy Director for International Research in the Faculty of Political Science, Chulalongkorn University, Thailand.

The Mekong Region is facing a serious drought that places at risk ecosystems, fishing and farming livelihoods, wider food security, and even drinking water supply. The extent to which climate change is acting upon the basin is an increasingly debated question, and subject to a growing number of studies. It has also been vigorously debated whether large dam infrastructure has exacerbated the impact of drought or could have been operated differently to better mitigate its impacts. As the impacts of climate change deepen, severe drought threatens to become the new normal. The challenge of equitably ensuring water, food and energy security in the context of climate change underscores the importance of improving transboundary water governance and considering the most appropriate approaches to adaptation.

The Mekong River is one of the world’s major river basins, traversing China (where it is known as the Lancang River), Myanmar, Laos, Thailand, Cambodia and Vietnam. 72 million people live within the basin, and for a majority access to river resources remain important to livelihoods. The Mekong River was largely free-flowing until the early 1990s, but nowadays it’s seasonal cycle of monsoon flooding and dry-season low flows are shaped by extensive hydropower dam operation.

According to UN-Water, “Water is the primary medium through which we will feel the effects of climate change.” Whilst there is uncertainty in making predictions on climate change, the best available analysis for the Mekong region anticipates a mean temperature rise of 0.2 oc per decade, a regional increase in annual precipitation of 200 mm, more regular severe floods and droughts, and greater seasonal uncertainty. Meanwhile, sea level rise will threaten the low-lying delta area.

The impacts of climate change will intersect with and amplify a range of existing transboundary challenges, posing risks to terrestrial and aquatic ecosystems, agriculture and fisheries-based livelihoods, as well as national economic growth, especially under drier climate scenarios. Existing challenges include the changing flow regime and reduced sediment loads due to extensive dam construction, loss of wetlands and degrading riverine ecosystems, and weaknesses in transboundary water governance including incomplete water data sharing and the accountability of river-related decision-making – especially related to large hydropower dams.

The construction of hydropower dams in the Mekong basin has been controversial for decades, including whether such projects can be considered sustainable given the environmental and social impacts that typically accompany them. Climate change brings an additional dimension to this already heated debate. Proponents argue that hydropower dams are an appropriate mitigation strategy due to their reduced carbon emissions. However, recent research in the Mekong Region suggest that due to methane emissions from reservoirs “…hydropower in the Mekong Region cannot be considered categorically as low-emission energy.”

One fundamental question is whether more hydropower projects are needed. In Thailand, which is the main electricity market for hydropower from Laos, peak demand in May 2019 was 30,853 MW, whilst the total installed capacity as of January 2020 is 45,313 MW. Imported hydropower from Laos constitutes 3,954 MW, which Thailand’s power planners consider to be relatively low cost and adding flexible capacity for meeting peak power demands. Thus, Thailand currently has a very high reserve margin of 47 percent, which is three times a typical reserve margin of 15 percent. In China too, there is increasingly an oversupply of electricity.

In other countries of the region there remains electricity demand to be met in both urban and rural areas, and a second question is whether there are better ways to meet this demand. The current approach still emphasizes new supply generated by large-scale coal-fired and gas-fired power stations, or large hydropower dams. There are, however, a growing number of initiatives towards decentralized renewable electricity, energy efficiency and demand side management that are disrupting business-as-usual. These include technologies such as ‘block chain solar power’ and decentralized smart grids, new practices such as ‘energy service companies,’ and new modes of financing.

A third question is how climate change will affect hydropower operation. A recent study suggests that under wetter climate scenarios, there would be a greater potential for hydropower generation. However, they flag that spillway design and dam safety, which could place downstream areas at risk, still requires further assessment. This is a salient issue, given the recent catastrophic Xe Pian Xe Namnoi dam collapse in Laos in July 2018. Meanwhile, extreme drought would reduce dependable hydropower generation capacity, requiring additional investment for back-up capacity.

A fourth important question is whether large dams can mitigate extreme flood and drought. Regarding hydropower projects on the Lancang River in China, in recent years there have been ‘emergency water releases’ intended to mitigate drought. In March 2016, for example, during a severe drought, China released water from the Lancang dams as a show of goodwill, although unfortunately the water releases caught some downstream communities unaware. Yet, dam operation has also exacerbated drought. During the last drought (in July 2019) and the current one, operation of the Jinghong Dam –the lowest in China’s Lancang cascade– led to significant reductions in river water flow, which were claimed by China to be necessary due to project maintenance but also raised complaints from riverside communities downstream.

The Mekong River Commission (MRC) is an intergovernmental river basin organization established by international treaty in 1995. Reflecting the growing importance of climate change to its work, it published a strategy on climate change adaptation in 2017, and various other studies since including on flooding, the impacts of climate change on hydropower production, and a new drought management strategy. The MRC also gathers data on river flow, water quality and sediment transport that are important for understanding climate change.

Whilst these assessments and regional plans contain important analysis, and the MRC’s role is to facilitate a regional plan for climate change adaptation, various long-standing challenges for the MRC remain. These include its ability to influence national plans, its accountability to communities and civil society, and its relationship with China that is a dialogue partner rather than a full member state.

In March 2016, the region’s leaders launched the Lancang-Mekong Cooperation (LMC). Two years later, a five-year plan (2018-2022) was announced that signified the deepening institutionalization of the LMC, including regarding water resources. Whilst details are not in the public domain, the plan states that it will “Deepen Lancang-Mekong river flood and drought disaster emergency management, carry out joint assessment of flood control and drought relief in Mekong basin, and carry out joint study on the early setting up of communication line/channel for sharing information in emergency case of flood and drought in Lancang-Mekong river.”

The LMC is a new significant intergovernmental cooperation given that it brings together all six countries that share the Lancang-Mekong basin. However, it also raises challenges for transboundary water governance, including on: the extent to which water data is shared, including with the public; its transparency and accountability to civil society and riparian communities; whether its plans adequately consider the plural social and environmental and values of the river; and how it intends to cooperate with the MRC.

On the latter, a recent step is a commitment “to conduct a joint research on the 2019 drought and low flow situation in the Mekong River basin… to be completed by September 2020.” This is clearly a significant study, but also a contentious one. During the 2019 drought, a public dispute broke out between representatives of the Chinese Embassy in Bangkok and civil society groups in Northern Thailand over the role of China’s dams in the drought. Given these already existing tensions a transparent and accountable study that is inclusive of community concerns in terms of both process and final publication would be imperative.

A healthy Lancang-Mekong River is central to maintaining livelihoods, but the river is under stress due to existing challenges in the basin that are increasingly intersecting with climate change. The challenges and solutions are to-a-degree technical but are fundamentally a question of national and regional politics, including regarding the competing mandates and authorities of the MRC and LMC.

There are a range of steps that should be taken including: continue to improved water data sharing; assess the risks of existing water infrastructure to modified river conditions due to climate change; consider how existing hydropower projects’ contracts can be rewritten to become multi-purpose schemes; and explore alternative future electricity scenarios utilizing alternative technologies to large hydropower dams, as well as energy efficiency and demand side management.

More fundamentally, however, there is the opportunity to take a more holistic and transformative approach through adopting a basin-wide perspective on nature-based solutions. The present emphasis on large infrastructure-led approaches to manage severe droughts and floods is already revealing its limitations; indeed a ‘control approach’ towards nature has been increasingly critiqued globally. In the nature-based approach recently proposed by UNESCO, it emphasizes conserving or rehabilitating natural ecosystems such as forests and wetlands to enhance the storage, quality and availability of water at all scales. Meanwhile, supporting community preparedness and adaptation strategies in an inclusive, participatory and culturally appropriate way is also important, including effective provision of emergency relief and supporting alternative ways of making a living during periods of severe drought. 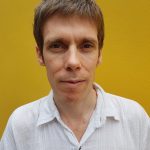 Lecturer and Deputy Director for International Research in the Faculty of Political Science, Chulalongkorn University, Thailand.