Accueil Politics & Society Civil society in the Maghreb, a force to be supported

In a post-Arab Spring context in which Maghrebi States fail to maintain reliable public services, civil society increasingly takes over these duties. Their often innovative and high-impact solutions deserve our undivided attention. 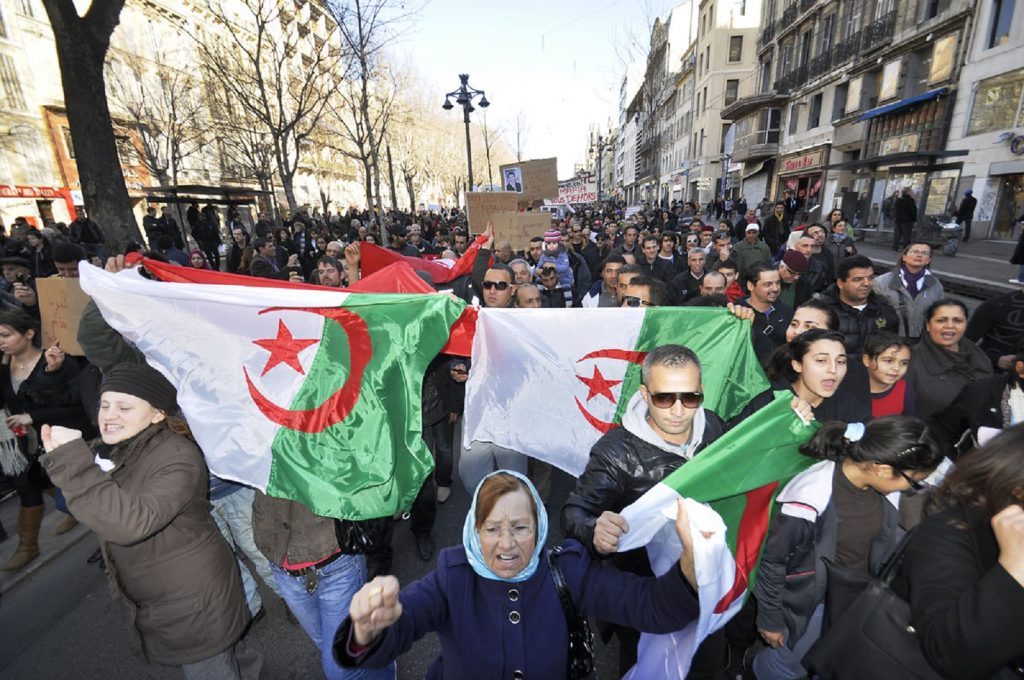 There is strong distrust of power, fueled in part by the explosion of inequality and the growth of poverty and unemployment. Photo: demonstrators in Algeria, Fliclr Cc / marcovdz

In Tunisia, Algeria and Morocco, civil society actors can contribute to development and to today’s social, environmental and urban transitions by their practices and field awareness. Although this is nothing new, it does merit the attention of donors in a post-Arab Spring period marked by profound changes in how states and actors from civil society interact.

Changing environments in the Maghreb

Generally speaking, the “established authorities” (public authorities, economic elites, media, associations, trade unions, political parties, etc.) are being called into question. There are high levels of dissatisfaction with them, fed by widening inequalities and increasing poverty and unemployment – 15.3% of the active population in Tunisia, 12% in Algeria (25% of young people) and 9.3% in Morocco – but also resulting from corruption and systems of government that no longer meet the essential needs of the people. Confidence has been lost.

Young people (gilets jeunes as they are known in Algeria, in reference to the gilets jaunes of the yellow vest movement in France) and social outcasts, with no work or prospects, have taken to the streets. They gather spontaneously, following increases in the price of gasoline and basic foodstuffs, because of taxes on access to social media or as a reaction to their loss of dignity. A way of “turning the tables”, even if it means destabilizing traditional dialog mechanisms between the State and established civil society actors.

We are seeing established actors being bypassed and a reorganization of the “stakeholders” and their methods of action… without knowing where it is all leading. Progressive movements are taking on their more conservative counterparts, such as the Ennahdha party in Tunisia. As the International Federation for Human Rights (FIDH) and Reporters Sans Frontières (RSF) emphasize, states in this region and elsewhere are becoming more harshly authoritarian, to the detriment of human rights and freedoms.

In the Maghreb, civil societies are increasingly composite and fragmented, despite their common and very strong desire for change. The generation gap with young people is proving to be a new segmentation that can be spatial (inequalities between rural and urban areas, between major cities and medium-sized towns and slums or related to inter-regional mobility and migration), but also financial (difficult access to public resources and development of local private and charitable fundraising) or related to how visible actions are (access to the media, decision-makers, international actors, etc.). Forms of expression and mobilization are evolving, with digital technology and social media playing a central role in the organization of protest movements, whatever their nature, and the transmission of their demands.

See also:
Interactive radio, a modern-day agora in the Sahel

The national contexts nevertheless remain specific, with a long-established and well-structured fabric of associations in Morocco, a major generation gap in Tunisia and, according to researchers, an unexpectedly mature civil society in Algeria, given the events of recent months.

In this rapidly changing environment, innovative social initiatives are nevertheless being developed, in which the public authorities are often largely or completely absent. With support from French organizations such as Solidarité Laïque and the Comité Français de Solidarité Internationale (CFSI), these initiatives are trying to take a new look at traditional methods of dialog, working locally with micro-projects run by committed individuals.

Some are only temporary while others are longer-lasting and even contribute to public policy. “Working together” is becoming the driving force for overcoming difficulties and is creating a civil society with new “trusted third parties” likely to redefine the terms of dialog with public authorities, among other things.

The question of civil society’s participation and representativeness is now central in the Maghreb, but also in many other countries where the conditions for its development are deteriorating. Examples that are widely covered in the media include Lebanon, Egypt and Haiti. Calls for change are incessant: “change the system”, “reform institutions”, “fight corruption”, “strike against global warming”, “respect for freedoms”, etc.

All this is the background to the key challenge of maintaining dialog between the State and actors from civil society, associations, trade unions and the various citizens’ collectives that are being formed, making great use of social media and information and communication technologies.

How can we maintain and encourage conditions favorable to civil society when many countries are suffering attacks on human rights, freedom of speech and freedom of association? How can we stimulate and structure actors capable of seeing beyond simply “overthrowing of the system” and offer support to more constructive, inclusive and innovative approaches, encouraging dialog and collaboration with respect to public policies (social, environmental, urban, etc.)? How can we identify new “trusted third parties”, capable of contributing to and reforming democratic dialog and encouraging reconciliation processes? There are many challenges if we are to work collectively and develop a “world in common”.

Amid all this upheaval, initiatives developed by civil society organizations are sources of ideas for those involved in international cooperation, like experiments by associations that sometimes presage public policies.

On this note, civil societies in the Maghreb are a source of a number of “finds” and original projects in various fields (social, educational, environmental, urban, waste collection, etc.), projects that often try to make up for shortcomings of the authorities. Not forgetting initiatives that develop both hybrid models of dialog between associations and individuals and the public authorities and unexpected, high-impact micro-regional projects.

There is a multitude of micro-projects that deserve support for the innovations they are promoting. In Morocco, the development of a square by slum inhabitants after it had become a no-go area. In Tunisia, a project involving associations and individuals based on a participative budget leaving inhabitants to make the choice over investments in roads and street lighting. Finally, in Algeria, a local association is combating the indoctrination of children in schools, while public spaces are being revitalized by the organization of theatrical, musical and cinematographic workshops.

However, it is important to note the contradictions caused by donors’ financing systems that sometimes make it impossible to structure projects over the long term. If we wish to work with increasingly mature civil societies, it is important both to be able to identify new, innovative approaches, but also to be able to support them over a timescale that is long enough to ensure the sustainable development and strengthening of those societies.

Because, in the Maghreb, but also elsewhere, civil societies represent a force with which we should form alliances.

See also:
Women on the front lines of social and political movements worldwide

This article comes from the “Civil Societies and Social Innovation in the Maghreb” study carried out by the AFD in partnership with the University of Aix Marseille and researchers Emmanuel Matteudi and Fatima Chahib-Lapeze.

By Pierre Salignon Head of Partnerships Division at AFD

Ethics for the non-human world: is a plant equal to an animal?