Haiti has a special position in the Caribbean region which makes it stand out from all the other nations: it is the only French-speaking country in the region, the poorest country in the New World, it is unstable… Haiti is economically, socially and politically unique and a fragile State. What is meant by this term? Beyond the instability which affects the country and indirectly has an impact on its partners through emigration, the question is raised of the State, understood as the complex apparatus responsible for regulating social relations and representing the common interest.

If we only look at the changes over the past thirty years, with the transition from the Duvalier dictatorship towards democracy, it has to be said that attempts to establish a democratic and modern State in Haiti, able to offer its population a level of services and safety meaning they do not need to go in search of them in a foreign country, have failed. This has had an impact on the balance of public accounts, whose chronic deficit can now only be filled with foreign aid and international cooperation. Taxes only cover a third of calculated tax revenues. 85% of Haitians with a diploma higher than or equal to a degree are abroad. In these conditions, how can the role of the Haitian State be envisaged?

The Haitian crisis is also ecological: coastal degradation, deforestation of mountains and squalid conditions in cities… Forest cover has been reduced to under 2% of the territory which, when it was discovered in the 15th century, had an endless cover of trees. With the massive deforestation, the fragile soil and its erosion have led to a loss of fertility which has forced farmers into exodus. Although 60% of the working population in Haiti makes a livelihood from agriculture and fishing, imports account for 80% of food consumption.

Inequalities are increasing. Over 75% of the population lives on less than 1 dollar a day. Haitians experience living conditions which deteriorate as the resources dry up. Prospects for an equitable redistribution of resources are difficult to envisage without the intervention of a public force.

Population growth since the 1950s has stood at an average of 2% a year while, at the same time, the average economic growth rate has stood at 1.5%: a devastating scissor effect which has led to a continuous exodus of Haitians. It was initially from rural areas to cities in the context of rural exodus, starting in the 1960s, then abroad in the early 1990s. In the backdrop of this failure, the country has experienced a succession of bloody military coups, a period of repression (1991-1994), then the paradoxical period of the Aristide presidency where the last barriers to the liquidation of the rule of law fell. The misuse of power and corruption have thwarted State reform programs after thirty years of Duvalier dictatorship.

The results of the last official census (IHSI 2003) indicated that the total population stood at 7.9 million inhabitants. The population is currently estimated at 11 million (2017). With a surface area of 27,748 kilometers square, Haiti is a densely populated country: 400 inhabitants per kilometer square. The long-term slowdown in population growth is admittedly underway. But in the short term, the weight of youth places a considerable burden on the productive generations and public finances: it is necessary to build schools, infrastructure, provide training for employment… Rural areas can no longer meet the needs of the population and urbanization is increasing. Emigration sometimes seems to be the only credible outcome for a population in dire straits seeking to flee the country by every available means.

The centuries-old crisis in Haiti’s economy is due to the fragmentation of the former large colonial plantations into small peasant farms and the collapse in the export regime for sugar, coffee and cotton, which ensured the country’s food and financial independence in the 19th century. Agriculture does, however, continue to be the leading industry. Over 60% of the Haitian population mainly earns a living from agriculture, based on a microfundist model: the average size of farms is less than 0.5 ha, whereas it stands at over 150 ha in the Dominican Republic. The trade liberalization policy of the 1990s to promote cheap food imports and, first and foremost, alleviate the hunger of the working classes in cities, sounded the death knell for Haiti’s rural areas. Subsidized rice from Florida imported at a low cost precipitated the ruin of ricegrowers in the Artibonite basin, the country’s traditional breadbasket. The decline in agriculture has not been offset by an industrial boom in cities, with political instability causing even the boldest investors to flee. Haiti now only survives on foreign aid, which accounts for 85% of the State investment budget, and migrant remittances, which stand at some USD 2.2bn a year.

Questioning the limits of development assistance in Haiti


Has the metropolitan area become an unmanageable monster?

The concentration of public spending in the capital has provided it with the best education and health facilities and the best road infrastructure. Civil service jobs and the proximity of the authorities attract a significant proportion of provincial elites. Port-au-Prince, after having thrived on this influx of new blood, now seems unable to absorb this additional population arriving from rural areas. But the differences in service provision are so great that the exodus continues. The educational divide between cities and rural areas is a constant in the history of education in Haiti, but the gap is tending to widen due to the dissemination of education among urban categories which did not have access to it in the past. Today, over 85% of the population of the metropolitan region is literate.

The Haitian capital has become an unmanageable monster with two-thirds of its population living in slums grouped into shantytowns. Cité Soleil, Cité L’Eternel, Martissant and Fontamara thus form a belt of extreme poverty around the central city, which transforms them into a blocking factor for all the city’s sanitation or beautification projects. The capital has invaded the Plain of the Cul-de-Sac and is spreading to the foothills of Morne l’Hôpital, towards the southeast. All this together forms a metropolitan area extending from Léogâne to Cabaret and including Port-au-Prince and Croix-des-Bouquets (“LEPOCA”).

The neighboring Departments are relatively sparsely populated. The border was for a long time an off-putting area due to tensions in relations between Haiti and the Dominican Republic. It is now an attractive territory where population growth has been the highest in the country for 30 years. The built environment is developing and there is a major influx of internal migrants. New road infrastructure leads to the creation of regional hubs, like the center of economic development now formed by the two “second cities” in Haiti (Cap Haïtien) and the Dominican Republic (Santiago). On the markets, when       a kilo of beans, a dozen guinea fowl or a sack of coal are negotiated, it is now the price of Barahona or Santiago which matters, and no longer the price of Port-au-Prince. Trade with the Dominican Republic is experiencing a marked increase to the benefit of Dominican suppliers (over USD 1.5bn in 2016), with a ratio of 1 to 10 with Haitian exports, like the difference in vitality between the two local economies.

At the far ends of the Haitian territory, the Northwest, Grande-Anse and Southeast now only owe their survival to migrant remittances. Gonâve Island, a timber and coal reserve, has become a transit area for cabotage in the bay of Port-au-Prince. A large proportion of the drugs which transit through the Caribbean find an offloading point there. There are many clandestine airstrips, used by traffickers who get their planes from South America to land there at low altitude, thereby escaping the vigilance of the coastguards sent by the USA to monitor the seas in the region.

Soldiers mandated by the UN, under Brazilian command, keep the peace in the center of the capital and in the main cities in the province. But the suburbs of Saint-Martin, Cité Militaire, Delmas 32, Bel-Air and Cité Soleil, in the capital and Raboteau in Gonaïves and Shada in Cap-Haitien, remain under the control of armed bandits. The ongoing disarmament in the deprived neighborhoods is so slow that more arms go in than actually leave. The departure of the United Nations Stabilization Mission in Haiti is scheduled for 2017. What about after?

In fragile countries, strengthening the State must be the priority

Defeat of the State, but vitality of the Haitian civil society

The inability of the public authorities to ensure the safety of citizens and create a climate conducive to the production of goods and services must not overshadow the attempts made by the Haitian civil society to keep the nation’s resources alive. Indeed, in rural areas and the poorest neighborhoods, there is a remarkable mobilization of volunteers to provide the minimum care and services to the most isolated section of the population. The charitable assistance from NGOs has ended up replacing the notion of public service in the minds of beneficiaries. In addition, without the support from volunteers who have sometimes come from abroad, a large number of Haitians would be without schools, without healthcare, without drinking water and without assistance in the event of an emergency. It is at times when the need for emergency relief is the greatest that the breakdown of the Haitian State is most visible. Warning mechanisms and mechanisms for care for victims and relief require an anticipation of hazards, a risk assessment and a vulnerability calculation, which are beyond the means of the public authorities.

However, the water and electricity committees, the solid waste collection system in certain deprived neighborhoods, and ad hoc commissions responsible for providing local basic services by directly involving users in the management and use of the profits are a vigorous reality in Haiti today. These social organizations emerged from a bottom-up perspective and may represent the fertile ground for the revival of the State and the reconstruction of a new social contract. The trunk of the Tree of Liberty continuously springs up again by the roots, “for they are numerous and deep” (Toussaint Louverture).


The opinions expressed on this website are those of the authors and do not necessarily reflect the official position of their institutions or of AFD.
Lire l'article
Facebook Twitter Link
Copied to clipboard 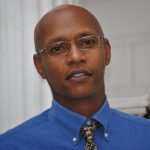