Facebook Twitter Link
Copied to clipboard
Medical staff member being disinfected by a colleague before leaving a quarantine zone converted from a hotel in Wuhan. Photo by STR/AFP February 3, 2020.

China embarked on an ambitious reform of its health system in 2009. What is the situation today?

This reform has strengthened the health insurance system by providing basic health coverage to the entire Chinese population. This reform has reduced the out-of-pocket payment burden on patients from an average of 56% to 28% of total spending today. This has resulted from a stronger commitment by the central government to financing the health system, including higher subsidies for the country’s poorest provinces.

In record time, China has made impressive progress in health care, which has in particular helped those with low-income people (and less or no coverage before the reforms). However, significant disparities within the Chinese population persist and, in some cases, are widening. Some estimates of average life expectancy in China show gaps of 11 to 8 years for men and 12 to 8 years for women between rural and urban populations.

What are the major problems facing the architects of the current reform?

According to some measures such as the international HAQ (Healthcare Access and Quality) index, China is both the country in the world that has improved its health system most rapidly (between 2000 and 2016) and among the countries still confronting wide disparities within its own territory in terms of life expectancy and infant mortality.

According to the HAQ index, China’s poorer regions are 43 points behind the most developed regions, equivalent to the gap between Iceland and North Korea. There are also striking inequalities in awareness and management of chronic diseases, health care and protection against risks. For example, diabetes is associated with higher excess mortality in rural areas, although prevalence is higher in urban areas. While China has introduced policies to achieve universal health coverage, it is two-tier. It is less “generous” to patients in rural areas than in urban areas. Moreover, in the case of catastrophic illness, the economic impact remains much higher for poor and vulnerable populations in rural areas or migrants workers than for their wealthier counterparts living in cities.

What impact can the 2019-n-Cov coronavirus epidemic have on China’s public health policy?

Epidemics of infectious diseases (but also all other major crises such as natural disasters) can strain and challenge any health system and reveal its weak links. Experts have long warned that the next pandemic was a matter of when, not if, and that health systems needed to prepare for the worst while hoping for the best. China has in many ways tried to do so. Indeed, the major health reforms launched after SARS reveals how, generally speaking, a crisis may make it possible to analyse the situation and to become aware of the need to invest in order to meet the expectations of the affected populations.

In the aftermath of this crisis, China will need to continue to step up its investment in primary health care, disease surveillance and technological systems for monitoring and controlling epidemics. It should also improve its universal health coverage system and further strengthen it for the poorest. Clearly, China’s health system is much better prepared than it was in 2003 at the time of the SARS outbreak. However, this crisis reveals persistent differences across regions and urban-rural areas that fall short of Chinese people’s reasonable expectations for their health system and therefore call for increasing evidence-based reform. 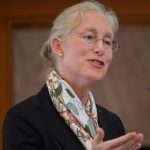