On May 29, 2017, during the Think20 Summit in Berlin, Lord Nicholas Stern and Nobel Laureate in Economics Joseph Stiglitz presented the findings of the Commission mandated by the Carbon Pricing Leadership Coalition. Ségolène Royal, as co-chair of the coalition, had entrusted them with the mission of working on a carbon pricing corridor that could fit in with the Paris Climate Agreement. There is no contesting the results: to ensure that development is compatible with limiting average global temperature increase to well below 2°C, it is essential to send out a strong and credible signal on the value of carbon.

Far from the myth of a unique and worldwide market from which would surface a miraculous global carbon price, valid from Timbuktu to Reykjavik, the members of the Commission – which included Gaël Giraud as a French expert – recommend setting up a carbon pricing corridor. The way these prices apply does not matter. Carbon pricing can just as easily result from a tax or from an emissions trading scheme, or even from project financing instruments. Being able to use a corridor as a basis, rather than a single price, allows each country to adapt (within the limits of the corridor) to the specific characteristics of its own energy, economic and cultural system.

But how can this urgent need be put into practice in the context of developing countries?

We need to put a value on carbon emissions reductions

There is a need to put a value on emissions reductions via well-designed pricing instruments, both in the old world and in the South. While the long-term objective is to control our impact on the climate, the short and medium-term challenge also lies in enabling all the co-benefits allowed by an effective transition towards a green economy: improved health and quality of life, green innovation, jobs, reduction of poverty and inequalities, etc.

The authors of the report presented the minimum values that would trigger this transition, ranging between a corridor of USD 40 to USD 80 per ton of CO2 (/tCO2) in 2020, and between USD 50 and USD 100/tCO2 in 2050. These values may appear to be high, especially when compared to the price levels observed in countries which already have a price on carbon. For example, the carbon price on the European Emissions Trading Scheme has been fluctuating at around EUR 5/tCO2 for years, at a level similar to the RGGI[1] (Regional Greenhouse Gas Initiative) in the USA or to Chinese initiatives. Mexican or Japanese carbon taxes are at an even lower level (see illustration below). By contrast, the Swiss carbon tax prices a ton at EUR 77/tCO2 and the Swedish price is EUR 96/tCO2, but for much lower volumes of emissions.

Is carbon pricing incompatible with development?

The authors of the report specifically state that these values must be able to vary depending on the situation of countries.

It is not only the pricing level, but also the nature of the instruments which needs to be adjusted. Consequently, the corridor set out in the report has no prescriptive value, but should rather be used as a compass. The “shadow value of carbon”, which the Quinet Report introduced in France, or America’s “social cost of carbon”, play this role in public spending, and a number of companies are starting to use book values to integrate the climate risk into their strategies and redirect their investments accordingly.

Valuing emissions reductions should be anything but a brake on development, its role must differ depending on the context and level of development. In developed countries, the transition involves transforming an already highly carbon-intensive system, by penalizing the technologies and behaviors with the highest emissions and promoting the virtuous effects, such as green innovation. This can ultimately only create more jobs: renewable energies are less productive than oil. For its part, labor productivity, as we generally measure it, mainly reflects the ability of the labor force to take advantage of our use of black gold. This means that the transition to renewable energies can only reduce labor productivity and, all other things being equal, lead to an increase in labor demand.

The challenge is not the same in developing countries. Existing infrastructure in these countries is still relatively low-carbon, but demand and investment are growing rapidly. Consequently, the matter is less to transform the existing capital than to redirect these investments, so as to prevent countries from lock in into excessively carbon-intensive development paths. The danger is to get trapped with a sub-optimal productive system, unable to reap the benefits from the green revolutions already underway in the energy sector. When environmental protection is perceived as a constraint, putting a value on emissions reductions by promoting green projects will strengthen the legitimacy and acceptability of these instruments.

GDP growth or meet the climate commitments? We have to make a choice!

Far from imposing an umpteenth tax, we need to review the entire incentive and redistribution system

While a tax or an emissions trading scheme will often be the most effective instrument, including in certain major emerging countries, emissions reductions should not necessarily be priced in a uniform way, nor should they be applied in isolation. Each country must establish conditions conducive to the implementation of these measures and their proper functioning. As stressed by the Commission, additional measures are essential in order to counter the shortcomings of the various taxes or markets and ensure they are socially acceptable. The same level of carbon pricing will lead to very different results and co-benefits depending on the quality of the measures they are accompanied with: development of public transport infrastructure, land taxation, land use policies, redistribution of carbon revenues, etc.

Consequently, synergies between the actions for development and against climate change should be sought in a more systematic way. A carbon tax is thereby a good candidate to establish a tax reform: when applied upstream, in the handful of import and production centers, it reduces the tax discrepancies between the formal and informal sectors and is highly progressive in most cases. The synergies run even deeper. Without a swift and concerted action to reduce the exposure of the poorest to the impacts of climate change, the efforts to eradicate extreme poverty could well be in vain, and we could see a dramatic increase in net flows towards poverty.

Far from standing in the way of development, the rationale for putting a price on carbon emissions reductions must act as a driver for redirecting financing flows and creating the economic opportunities which countries need.

The authors of the report put forward an innovative possibility for pricing carbon, by integrating it into the instruments to redirect financing flows towards low-carbon projects. It is possible to considerably reduce the risk of these investments by pricing the emissions reductions they bring about at the level of the report’s carbon corridor. By securing predictable flows of funds, this type of pricing will lead to a significant reduction in the costs of this financing.

Strengthening the link between carbon pricing and green financial instruments paves the way for innovative North-South cooperation actions. One idea, which was already mentioned in the Canfin-Grandjean-Mestrallet report submitted to Ségolène Royal in July 2016, would thereby be to guarantee loans contracted by countries in the South for the amount of the emissions avoided by the projects. Such a “green bond” mechanism would allow countries in the South to finance their green projects at a much better rate than if they were issuing their bonds without the guarantee from developed countries.

The amount of the guarantee provided in this way, far from being arbitrary, could be based on the work of the Stern-Stiglitz Commission. This innovative method of financial cooperation could even remove a sticking point in the negotiations over the implementation of the Paris Agreement, by financing the Green Climate Fund and thereby contributing to the USD 100bn pledged by developed countries by 2020 to finance green project in the South. As for the impact that this type of guarantee will have on the public debt of the State which allocates it, remember that the public guarantee for this type of project can be considered as off-balance-sheet and would therefore not necessarily increase the debt.

Generally speaking, the use of the public guarantee, combined with public or private financing, could be a perfect driver for financing the USD 90 trillion of investment in the green infrastructure required, according to the New Climate Economy report, by the transition towards a low-carbon global economy over the next fifteen years.

However, this proposal should be placed in the broader context of financing for development. These flows must be additional and cannot replace financing for the fight against poverty and inequalities. Indeed, it is clear today that not only are the poorest populations the most exposed to climate change as of now, but most of them also belong to countries whose institutions are the most vulnerable, meaning they suffer from a sort of triple punishment. Replacing financing for the fight against poverty with financing for climate change adaptation would be tantamount to reducing the aid which this unequal distribution of handicaps entitles them to.

What role can France play?

With the dynamics launched during COP21, and endorsed by the appeal made by Emmanuel Macron when the USA pulled out of the Paris Agreement, France is well placed to propose an innovative architecture to finance the low-carbon transition in the world, with due regard for populations and the environment. AFD is working towards this, by setting even more ambitious objectives for the fight against climate change and developing its strategy so that it fits in with the new challenges highlighted by the SDGs and Paris Agreement.

The research agenda, which is at the frontier between financial regulation, development and climate, still holds promise. Thus, the work initiated following the French energy transition law, investigating the impact of climate risk on the portfolios of financial institutions which are not prepared for it.

[1] The Regional Greenhouse Gas Initiative is a regional initiative by the Northeastern US States which aims to reduce greenhouse gas emissions.

► “Carbon pricing corridors: What for?” (in French), France Stratégie, by Baptiste Perrissin Fabert. 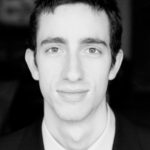 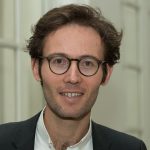