The most crucial decision for the carbon market has been the cap on emissions: this limit determines the extent of the constraints imposed on stakeholders and, consequently, the magnitude of the scarcity effect, which drives prices up or down. For a better understanding of how this works, we must take a closer look at how the decision has been made since the beginning.

Fundamentally, an emissions trading system is a flexible rationing mechanism: a cap is set for the CO2 emissions in question, and flexibility is introduced by authorizing the trading of emission rights, hence the term “cap and trade” used by economists. The resulting price per allowance simultaneously encourages producers and consumers to avoid the use of fossil fuels.

During its 15 years of existence, the European carbon market has gone through many ups and downs. Although frequently criticized, the system has withstood several blows: the Great Recession of 2008-2009, attacks by cyber-criminals, the euro crisis, delaying tactics used by lobbies to avoid constraints, Brexit, etc. Many still question its capacity to truly reduce emissions.

Yet, the health crisis has revealed just how effective rationing can be in this area. During the pandemic, governments used lockdown measures to fight the spread of Covid-19. From an economic perspective, lockdown measures rationed work on the supply side and consumer purchases on the demand side. This double rationing brought the economy to a standstill and resulted in an unprecedented decline in CO2 emissions.

Does this mean that the rationing imposed by the health crisis succeeded in reducing CO2 emissions, unlike the rationing introduced by the carbon market for this very purpose?

Retrospective analysis offers a different view: since 2005, the European carbon market did not deliver the expected results because the rationing was constantly restricted by excessive distribution of emissions allowances.

During the test phase of the market (2005-2007), a decentralized cap-setting system was used. Each member State had considerable autonomy but had limited information on the emissions history for each factory. The result was almost instantaneous: States generally offered their manufacturers generous servings. Far too many allowances were distributed. The price quickly plummeted toward zero!

This could perhaps be seen as an error of youth and inexperience. Analysis of the market’s next phases reveals a deeper problem, however. The market never truly recovered from this initial curse. In his enlightening analysis, Philippe Quirion reminds us that similar issues have often been observed throughout the world. Seemingly everywhere, governments acted like the man portrayed in a cartoon by Greg Perry: when an emissions trade system was introduced, they panicked more at the thought of a “carbon price” mouse that might grow too quickly than they did about the “climate change monster” waiting to devour them! Once this type of virus enters the body, it is hard to defeat.

Drawing by Greg Perry on the carbon tax in Quebec

Much has been written in order to explain the recurring imbalance between supply and demand in the European carbon market and the resulting low prices. Yet the root of this evil is fairly simple to identify: since the start of the market, the cap has been set based on the European Union’s climate objectives, in relation to all greenhouse gas emissions. However, beneath the appearances and self-justifying rhetoric, these goals have never been truly restrictive.

EU climate goals: not so constraining!

The second phase of the carbon market (2008-2012) coincided with the Kyoto Protocol compliance period. The emissions cap was therefore set to facilitate achievement of protocol objectives: -8% for all EU emissions from 1990 levels. This objective in itself was not very restrictive since the EU had reached a peak in emissions in 1980. Given the possibility of using carbon offset credits as part of the project mechanisms, this restriction was very light. This is exactly what occurred with the emissions trade system and the possibility granted to facilities of using these credits for compliance. As a result, the price per allowance dropped to €6 per ton at the end of 2012, in a persistently over-allocated market (see graph below).

For the market’s third phase (2013-2020), the cap was set directly by the European Union, in reference to the “Energy-Climate Package” adopted in December 2008: a 20% reduction in emissions in 2020, compared to 1990 levels. Was this target restrictive? Not if we consider the European Union’s emissions curve. This target was reached in 2013, during the first year of the period. The EU therefore did not need an allowance system to meet this target in 2020!

When the cap-setting rules were being established for the fourth phase (2021-2030), the European target that had been submitted to the United Nations as part of the Paris Agreement was a 40% reduction by 2030 compared to 1990 levels, which corresponded to a 43% decrease compared to 2005 for emissions subject to allowances. Once again, the target was far from restrictive: according to the latest report from the European Environmental Information and Observation Network, it had virtually been reached by late 2020 for the part subject to allowances, due to Covid-19! Yet again, the EU was heading into the fourth phase without any true constraints.

The European elections in May 2019, which resulted in the “greening” of EU institutions, combined with the pandemic’s catalytic effect, have completely changed the playing field. At the end of a complicated process, the European Council raised the climate goal to a minimum reduction of 55% in December 2020. This figure is the EU’s new contribution, which it submitted to the United Nations in anticipation of the next COP in Glasgow (scheduled for November 2021).

This step is likely to revitalize the allowance system if the cap for the fourth period is adjusted accordingly. Among the proposals on the table, the Commission could draw on the model used by Carbon Market Watch: transitioning from an annual cap reduction rate of 2.2% to approximately 6% beginning in 2023, or bring it down to a little over 3% after purging the system with a 25% cap reduction in 2023.

A necessary reform of market governance

In the short-term, the expectations of market stakeholders have caused the price per allowance to rise above €40 per ton during the first quarter. But the fluctuations of the past are still fresh in everyone’s minds. For greater security, it would be wise to combine the tighter cap with a reform of market governance.

Like in a central banking model, an independent authority with sovereign power to inject or withdraw money could replace the Commission in managing the market. To ensure that investment projects integrate the right price signal, this authority would need to be granted the power to inject or withdraw the amount of allowances in circulation based on a predictable trend for the price per allowance.

In a (forthcoming) study of the first 15 years of the carbon market, we propose a floor price increasing from €45 per ton in 2023 to €100 per ton in 2030, which we believe to be compatible with the EU climate goal for 2030. However, many different events could bring about major changes before then, even simply in terms of relative energy prices, which economists are unable to predict! The EU is therefore truly in need of an independent authority to navigate the unexpected events which will doubtlessly occur before 2030.

This text was published in partnership with the European think tank Confrontations Europe. 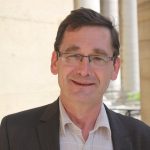