Home Economy “Capitalism must make social justice one of its goals”

Gilles Dufrénot is a professor at Aix-Marseille School of Economics and the author of several books. He calls for a new social contract based on the redefinition of minimum needs by the many.

Why redefine the concept of poverty?

When I was confronted with the poverty that exists in the African and Latin American countries I studied, I initially felt powerless. I was struck by the contrast between the optimism of those who devote their lives to eradicating poverty (NGOs, doctors, anthropologists, economists, development agencies) and the reality of the situation on the ground, which is that large numbers of people are not managing to get by and have little hope of seeing their situation improve during their lifetime.

Imagine a boat filled with water, on the verge of sinking. Many of the policies aimed at fighting poverty, even very proactive ones, are tantamount to bailing water out of the boat to keep it from sinking—they only slow down the process. The only way to prevent the boat from sinking is to repair it. Making these repairs requires an examination of the trends and the historical, socio-cultural, economic and political factors which, in the long term, define the ways in which societies are organised. 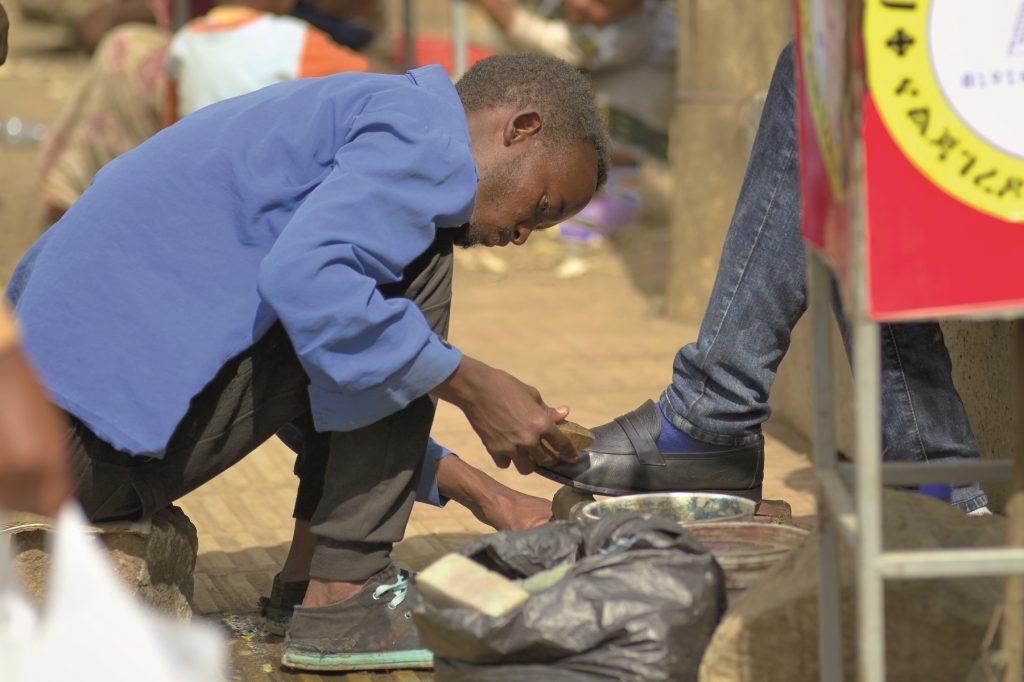 How has the view of poverty changed over the centuries?

Over the centuries, the poor have transitioned from the status of charity recipients to actors in transforming the organisation of socio-economic and political life. At the height of the Roman Empire, during the 2nd century AD, inequality and poverty were exclusionary. Most people lived in poverty, forming a diverse population. Between the 12th and 15th centuries, religious thought changed this situation. In Europe, people who were doing well in life were encouraged to support and assist those of modest means. This led to the development of hospices and charities.

In the 16th century, the Protestant Reformation brought about a second major change in Europe. It promoted the rise of industrial capitalism and considerably improved the physical conditions of poor people. The technical innovations of the 19th century in Europe then gave the poorest individuals greater access to food, medical care and education, which facilitated their social inclusion.

A third major change has been underway for a few years now. It allows poor people to shape capitalism more directly and for their own benefit.

You write that we need to stop viewing the poor as charity recipients. How can they transform capitalism?

In capitalism, the production of wealth comes from the accumulation of capital, regardless of its form. This is an exclusionary system, in which poverty is seen as “what the market has rejected”.

The transformation of capitalism is based on two factors. On the one hand, capitalism must incorporate the goal of social justice into its operations. For example, this could mean not basing the definition of collective preferences on the aim of maximizing wealth, but rather on meeting the minimum needs of the entire population. On the other hand, the key stakeholders, whose actions influence the way capitalism operates, need to be the poor themselves. Today, this is illustrated by the collaborative economy and frugal innovations.

The capitalism of the 21st century is slowly taking shape. First, the collaborative economy heralds a new way for the private sector to produce public services, from car-sharing and housing rentals to the bartering of food products, clothing, furniture, childcare and leisure time… Thanks to the Internet, millions of consumers can exchange goods and services without any intermediaries on secondary markets by forming digital networks (car-sharing, home-swapping or renting, house-sharing, bartering food products, clothing, furniture, childcare and leisure time, collaborative meals). In the education sector, free MOOCs facilitate access to knowledge.

This new capitalism is disrupting industries that rely on an old model, such as the traditional hotel and accommodation sector, taxis, car hire and private housing rentals, etc. We could see this as a form of competition. Yet these new types of exchanges are growing because they primarily concern people with limited resources. They reduce the individual costs and dissociate the right of ownership and the right of use. To use particular goods or services, people are no longer obliged to own them or rent them from someone else. People are making their private sphere of consumption a public sphere for sharing. This way of operating is more sustainable than capitalism because in this new capitalism, greater inequalities in wealth or salary do not necessarily mean greater inequalities in the standard of living. Being poor no longer prevents access to certain basic goods and services.

However, this new collaborative capitalism does not eradicate the typical problems of traditional capitalism, including free-rider behaviours and asymmetries in information. For example, in poorer countries, the delay in the development of digital infrastructures prevents the emergence of collective mechanisms to self-regulate the goods and services exchanged, provide security by identifying the members of a network, and facilitate the creation of alternative bond markets.

“ The problem facing societies is no longer that of maximizing wealth, but of minimizing poverty. In other words, the question now becomes: what level of wealth enables a reduction in the number of poor people? ”
Share this quote !

How are frugal innovations helping redefine the place of the poor in society? How are they integrated into economies?

With the frugal innovation economy, the escape from poverty can be based on local innovations adapted to the needs of the given individuals, communities and countries. We can innovate and introduce new knowledge in a context of scarce funding, without moving towards a “junk” economy in which poor populations can only consume goods and services of poor quality. This concept emerged in developing countries (India in particular) and is being used as the business model for an increasing number of companies in the steel, automotive, computer science and telecommunications sectors.

These principles are permeating the economies of developed countries. For example, contactless payment is the counterpart of mobile phone money, which is prevalent in certain African countries and helps to improve financial inclusion in places where banking networks are almost non-existent. In developed countries, the trend towards reducing bank infrastructures will continue due to their costs. 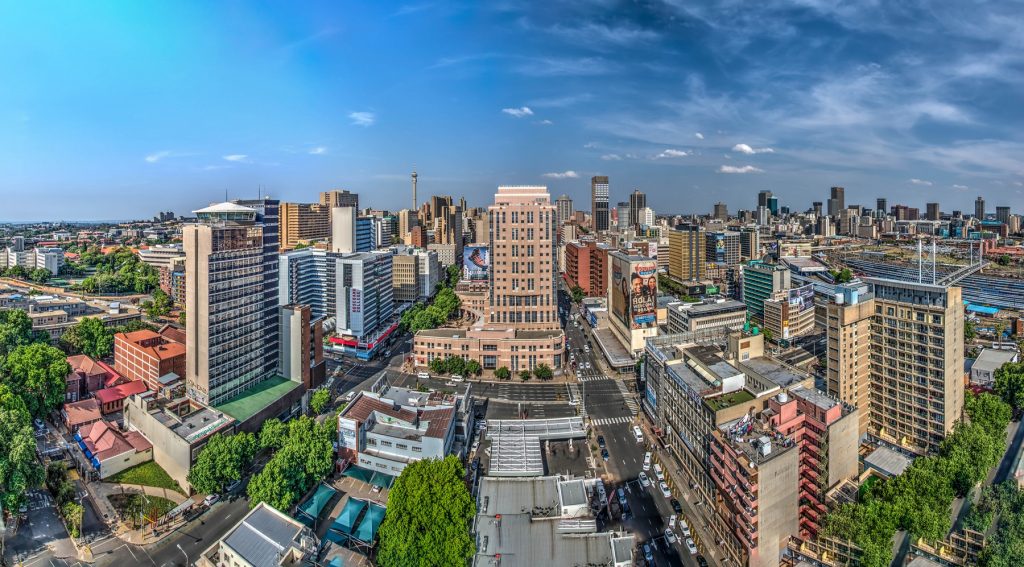 What role should development agencies and NGOs play in this transformation?

These entities have a crucial role to play: they have the financial and technical means required for the provision of universal goods and services that can only be produced on a large scale (road, hospital, energy and digital equipment infrastructures, access to water and sanitation, etc.).

However, particular attention must be paid to interventions in several areas. The first concern is to avoid trapping the assisted countries in a perpetual debt cycle. It is hard to admit it, but we have reached a point where the very raison d’être of certain entities that offer aid to poor countries revolves around the management of debt portfolios.

The second concern is the discrepancy between lengthy time frames of disbursement procedures, technical studies and project implementation and the urgency of the need to reduce poverty. China provides a counter-example of this. Its poverty rate dropped from 10% in 2012 to 3% in 2017, with over 60 million people being lifted out of poverty in just five years—a record. This was only possible because the leaders fully grasped the urgency of the situation.

The third need for vigilance concerns NGOs, which are responsible for a large number of the targeted policies curbing the rise in the number of poor people. While they play an important role in promoting endogenous development thanks to their in-depth knowledge of societies—a key requirement for lifting individuals out of poverty—they must avoid becoming pawns in conflicts between states or being transformed into lobbies.

Transforming the economy through frugality, sharing and collaboration… Isn’t that a bit utopian?

No. The very principle of capitalism is one of frugality, in the sense of “making do with the strict minimum.” This concept forms the backbone of the principle of “minimizing costs, maximizing profits” and any other optimization principles. The important question is whether optimization can be achieved without waste. In an era of opulence, we tend to forget this issue, focusing instead on the benefits of capitalism, i.e. its role in increasing the wealth and the standard of living of many people. When few people lack the resources required to meet their needs or live modestly, waste is not a priority issue. However, with growing inequalities and an increase in the number of poor people, this issue gains renewed importance.

The problem facing societies is no longer that of maximizing wealth, but of minimizing poverty. In other words, the question now becomes: what level of wealth enables a reduction in the number of poor people? Up to now, the answer was thought to be linked to the maximization of wealth and overall income. The increase in inequalities has revealed that a generally very rich society can have many poor people if the wealth is poorly distributed. One alternative is therefore to minimize the waste in production and trade processes. This is what we mean by frugality.

A world without great poverty is a world in which most people benefit from basic goods and services, which are considered to be universal. It is hard to imagine capitalism surviving if poverty develops within it, simply because it would not be socially sustainable. Communism collapsed when people ceased to believe in it, due to famine and humanitarian disasters. The current problem with market capitalism is that the pursuit of performance has led to excesses. Excesses in abundance (financial hypertrophy, natural resource overexploitation, over-indebtedness) and in scarcity (increased poverty between countries, pockets of poverty in certain cities or neighbourhoods, increased discrimination, and spatial segregation). These excesses are not inevitable—they are the reflection of societal behaviours. 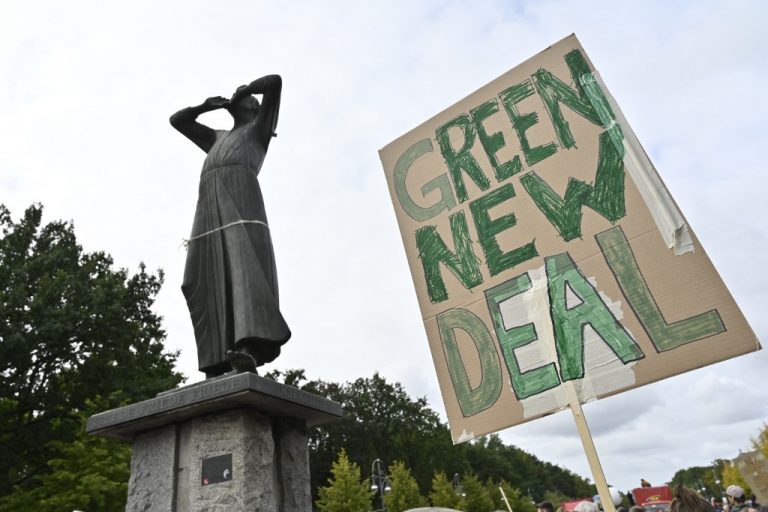 Replenishment of the Green Climate Fund: a missed opportunity