The recent history of microfinance has been marked by some resounding failures: Crédit Mutuel in Guinea, Zakoura Microcredit Foundation in Morocco (taken over by a competitor), COFINEST in Cameroon, JEMENI network in Mali… to name just a few emblematic examples. Behind these more publicized cases, the refocusing of the sector often sees dozens of small structures disappear with their clients’ savings. This sector, more than ever before, needs an effective regulation that safeguards the interests of clients. Yet market dynamics have their own logic which does not always fit in with the regulations in force: the practice and innovation of microfinance have often preceded laws and even more so supervision. This can lead to situations of imbalance which the regulator wants to correct without, however, fully controlling the effects of its regulatory adjustments.

When and why regulate microfinance?

Five periods of innovation by actors can be identified, which have prompted reactions from regulators:

Rather than “linear progress” in extending regulation and control, history consequently shows that there has been an action process (by actors) and a reaction process (by legislative and supervisory authorities), with phases of stability punctuated by fits and starts.

Is it risky to regulate microfinance?

Each new wave of regulation has led to its share of challenges and surprises. Let us consider those which have marked the world today, to varying extents depending on the countries.

The first and foremost is the excessive optimism on the part of supervisors. Regulatory liberalism has sometimes led to an unbridled profusion of initiatives and an excessively rapid growth of institutions. All too often the supervisor is unable to follow the development of his responsibilities. There are not sufficient resources to supervise a large number of entities whose total balance sheet may appear to be modest compared to the banking sector. A few years ago, a supervision manager entrusted me with this order during a legislative reform: “with my resources, I have the means to supervise ten microfinance institutions; prepare a law for me whereby I would have ten MFIs to supervise, and no more”. He was quite right, as when the supervision is deficient, it is inevitable that difficulties arise.

Conversely, certain supervisors tend to over-regulate certain aspects at the risk of stifling growth in the sector. The complexity in itself comes with a cost that is passed on to clients, when it does not simply lead to the least profitable market segments being deserted.

Secondly, the implementation of regulations tends to increase political intervention in this sector, at the risk of a return of the administered economy. A Minister never has the same agenda as a manager of a financial institution. If politics interferes in the supervision or in the orientations of an institution, there is a risk of the rationale for profitable growth being placed after the rationale for widespread access to banking services. Yet there is no sustainable access to banking services without profitable growth.

Microfinance in West Africa: Regulatory efforts must be pursued

Some recommendations for effective regulation of the microfinance sector

My first guideline concerns the geometry of the sector, which does not need an overabundant range of services, but a high-quality range of services. The question of selection at market entry should be raised more strictly, including by integrating a minimum size criterion more in order to obtain approval. For mutualist banks, the only watchword should be the functioning in large networks. In the mobile banking which is emerging today, it would involve limiting the market to a few actors: in addition to the three or four telecoms operators in the country and banks, a few large microfinance institutions that have proven their ability, and nothing else.

Secondly, the supervisors must be completely independent from the public authorities, during the entire supervision process, which begins with the assessment of the request for approval, and continues until liquidation! This rule cannot be subject to any exception if we want to avoid more or less well intentioned political interference.

Thirdly, there is a need to accept to pay the price of financial inclusion. Microfinance puts the lie to the saying by which “only the rich get credit”, but not to the one by which “the higher the credit amount, the lower the rate”. When the credit is intended for an income-generating activity, there should be no maximum rate (or maximum usury rate). The market should be left to find its equilibrium on prices, which it generally does in a few years. This observation also applies to the other products, particularly migrant remittances. It is the competition resulting from the market reaching maturity which has led to a substantial decrease in tariffs on certain “remittance corridors”.

Microfinance: Its development holds promise for the achievement of the SDGs

Fourthly, business law and financial law are there more to serve the economy than to shape it. The guiding principle should be the security of operations and not the legal purity or the national microfinance strategy. Regulators and supervisors should accept institutional experimentation more, provided they are reassured in terms of the technical soundness of the system and the protection of funds from the public. It is also legal pragmatism that allowed the phenomenal success of M-PESA in Kenya, which is today held up as an example all over the world.

Fifthly, it should be ensured that the appetite for the new thematic areas (consumer protection, anti-money laundering, civil liberties, etc.) does not lead to an ever-increasing complexity of managing for the supervisors and taxpayers: too much complexity holds back financial innovation.

Sixthly, we should not confine ourselves to addressing the aspects of financial regulation, but also address the entire legal and judicial environment in which microfinance operates. If the judicial system is ineffective, the institutions will be unable to seize the assets of their unscrupulous borrowers.

Finally, I will finish with a special mention for mutualist financial systems, with a particular message to supervisors. These systems need to be supervised like milk on the stove: with a watchful eye and the capacity to intervene effectively and promptly. As while this model, over a century and a half, has managed to prove its tremendous capacity to grow and provide banking services to people, experience in a number of developing countries in recent decades shows that these institutions can also make risky investments or experience massive fraud, which can sometimes drive them to bankruptcy. It is what we call a “tough love” approach! 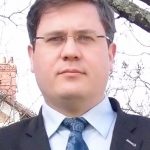