Greenhouse gas emissions from the use of energy by buildings account for some 20% of global emissions, while 80% of the buildings which will exist in 2050 in emerging and developing countries have yet to be built, according to the Global Alliance for Buildings and Construction. Consequently, there is a pressing need to establish projects and public policies to strengthen energy efficiency in buildings. This is the objective of the Global Program for Energy Efficiency in Buildings (PEEB), which was launched in Marrakech during COP22. This initiative is led by Agence Française de Développement (AFD), the German international cooperation agency (GIZ), and the French Environment and Energy Management Agency (ADEME, with financial support from the French Facility for Global Environment – FFEM). It aims to create a new dedicated international facility for developing and emerging countries. Fabrice Juquois, Energy Project Manager at AFD, takes a look at this new financial instrument.

Why is energy efficiency in buildings (EEB) a crucial issue?

Because buildings, along with transport, are one of the main greenhouse gas-emitting sectors and therefore one with the most potential to reduce emissions. Developing and emerging countries are building a lot and 80% of buildings which will exist in 2050 have yet to be built. The challenge of improving energy efficiency is huge, both for the stock of existing buildings and for the flow of new constructions. If nothing is done to drastically reduce the energy consumption of these new constructions, they will significantly increase greenhouse gas emissions during the 50 to 100 years which correspond to their lifespan.

Can the impact which emissions related to buildings have on the environment or the climate be measured?

Yes, it can, even though it is not easy due to the very diffuse nature of these emissions from billions of buildings all over the world. However, the measurement tools and statistical tools can now quantify a considerable proportion of this sector’s contribution to global GHG emissions and consequently to climate change.

Since the challenges in terms of the fight against climate change are so considerable, why are we not moving faster for energy efficiency in buildings?

Furthermore, the fact that there is no institutional and regulatory framework in most developing or emerging countries is a real difficulty. Laws need to establish an ambitious level of performance for new buildings – it is what we call thermal regulation in France. However, even when they exist, without means of control and penalties, these regulations often go unheeded. Consequently, it is not only the design of thermal regulations which needs to be considered, but also their application, with an incentive-based framework and sanctions. Countries like France, Germany and the Netherlands are managing to achieve this, but it is more difficult to implement in developing countries, which have other priorities and fewer resources.

Climate: How to help cities achieve their ambitions?

Does the Program for Energy Efficiency in Buildings (PEEB), launched by AFD in the context of the Global Alliance for Buildings and Construction at COP22, aim to encourage Southern countries to address energy efficiency in buildings?

Indeed, Southern countries, which signed the Paris Agreement (COP21), have set out their objectives for reducing their domestic energy consumption. The idea is to tell them that the building sector is a major consumer and that we can help them establish a roadmap, implement the regulatory framework which is lacking, and train building professionals to allow them to have energy-efficient buildings.

Are there model countries for this, in Africa for example?

In some countries, such as Kenya, the climate is sufficiently temperate for them not to have overly high energy-consuming buildings. But no emerging or developing country is really ahead with these topics, even if some have already laid the foundations for a public policy, such as Morocco and Tunisia. In Morocco, to have a building permit for a new building, it is necessary to submit a thermal regulation calculation report to the authorities. Morocco has signed the letter of intent to be part of PEEB and at COP22 announced the creation of a national energy service company (ESCO), with as shareholders the Moroccan Caisse des Dépôts (CDG), National Electricity and Water Utility (ONEE) and Moroccan Energy Efficiency Agency (AMEE). The aim is to be able to undertake large-scale operations for both energy retrofit and new buildings. The creation of this type of public actor, which can invest in the refurbishment of existing buildings and is reimbursed via a service contract, paid by the energy savings made by the project owner for the building, should allow Morocco to make significant strides in this sector. Having these projects led by national or local ESCOs is one of the most interesting models for the widespread roll-out and fast-tracking of actions for energy efficiency in buildings.

Cities: Measure the climate impact of their policies to make them more effective?

Why has PEEB been launched?

It is our duty, as donors, to tackle this case, although our traditional financial instruments are not really suitable, as we are used to lending amounts ranging between 50 million € and 250 million € (whereas the amounts required are much lower if we look at each building taken separately). To address an impact as diffuse as the impact that buildings have on the environment, we use banking intermediation in principle, with loans to local banks which will, in turn, be able to lend to local project owners.

However, without grants to pay for technical assistance for banks and project initiators, and to help governments implement an ad hoc incentive-based regulatory framework, these loans would not be used due to a lack of demand. It is also necessary to be able to finance the innovative aspects alongside this, which will be implemented for certain operations. This grant and advisory contribution is the purpose of PEEB, which should thereby provide significant leverage: 10 million € of grants mobilized by PEEB will raise hundreds of millions of euros from international donors for loan operations, by facilitating the structuring of regulatory frameworks and projects in the country.

In practical terms, in a given country, PEEB will make it possible to work on establishing an incentive-based regulatory framework with the public authorities in order to promote EEB, as well as the effective implementation of these application and and enforcement methods, but also vocational training and public awareness-raising. PEEB will also finance technical assistance for property developers and banks to respectively allow them to design and recognize good projects. Finally, it will promote the creation of ESCO type structures, by helping them structure themselves and access loans to finance their activity.

How will PEEB be financed and who will it target?

PEEB is consequently a grant financing facility. To date, the French Facility for Global Environment (FFEM) has contributed EUR 2 million, GIZ (German development bank) and ADEME (French Environment and Energy Management Agency) will in turn contribute. We have a EUR 13 million target for the initial deployment phase. To achieve this, in 2017, we are going to look for money from existing funds: European Union (EU), Green Fund, NAMA Facility.

In terms of countries of operation, during studies conducted prior to launching PEEB, we identified 20 or so countries, then selected 10, on which a consortium of consultancy firms conducted more detailed studies. In the end, we selected 3 countries to conduct field missions: Morocco, Senegal and Mexico. These missions allowed us to review the regulatory context in each country, but also to identify the key and bankable local actors in order to identify potential projects. In addition to these 3 countries, Côte d’Ivoire and Tunisia signed letters of intent to be part of PEEB during COP22, and Colombia has expressed its intention to join it soon. The first projects are going to start in certain countries as of  2017 and identification missions will be launched in the other countries at the same time. 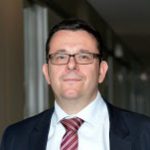