Why does Africa need to take up the challenge of the blue economy?

The blue economy refers to the economic activities conducted on shores, rivers, banks, lakes, fresh waters, water courses, groundwater, oceans, seas, seabeds, etc. It advocates for reconciliation with nature via production models based on resilience and adaptability. The blue economy is neglected, ignored or underexploited, but can provide a way to reduce Africa’s dependence on certain third-party actors to the continent, offer a range of African solutions to African problems and decompartmentalize economic activities between African countries.

According to the International Energy Agency (IEA), by 2020, the annual economic value of energy activities related to maritime affairs will reach EUR 2.5bn. Renewable energies from the ocean can provide up to 400% of current global energy demand.

Out of the 54 African countries, 34 are coastal countries and over 90% of African exports and imports are transported by sea. The territorial waters under African jurisdiction cover a surface area of 13 million km², with a continental shelf of some 6.5 million km² comprising exclusive economic zones (EEZ). The continent covers 17% of the world’s surface water resources. The maritime field and water-related activities give Africa a new global geopolitical and strategic position.

Consequently, the strategic dimension of the blue economy is an indisputable reality for African countries. It is for this reason that it has been included in the African Union’s Agenda 2063 and that a practical handbook on the blue economy was prepared by the United Nations Economic Commission for Africa in March 2016.

What role do fisheries and aquaculture play in this development model?

According to an FAO study, the total gross added value of the fisheries and aquaculture sector in Africa is estimated at USD 24bn, i.e. 1.6% of the GDP of all African countries. Still according to FAO, this sector employs some 12.3 million people, but is largely underexploited. There is a need to professionalize the aquaculture and fisheries sector. The idea of the Interafrican Bureau for Animal Resources (AU-IBAR) of creating centers of excellence for fisheries and aquaculture in Africa is a path that needs to be consolidated. There is also a need to consider the development of jobs related to this sector, such as fish processing and treatment by setting up specific modules, the local or subregional production and weaving of nets, etc.

What other economic sectors are pillars of the blue economy in Africa?

The fields of water, biomass, energies from waves and tides, etc. may provide niches for the structural transformation of African industries, with a view to developing the blue economy.

The Hawassa eco-industrial park in Ethiopia is a successful example of hydropower. A few African countries have also invested in wave energy, which uses energy from waves to produce electricity. This is the case for Cape Verde. South Africa is also considering this potential. African countries should join hands to create an industrial hub in this field!

Biotechnology allows products to be manufactured in the biological and pharmaceutical fields, or food products, and provides a sustainable and green alternative to the exploitation of traditional hydrocarbons. For example, Morocco has fully grasped the economic opportunity provided by maritime seaweed, particularly Gelidium sesquipedale. The kingdom has created Bioxparc, a biotechnology park in Marrakech. In Tunisia, the BioVecQ cross-border laboratory is a good example of the processing of aquatic products.

How Fablabs contribute to the digital challenges in Africa?

The Songhaï Center in Porto Novo, in Benin, has developed a remarkable blue economy model which combines energy production, plant production and aquaculture. Wastewater is collected in a digester with three compartments. The biomass produces methane, which generates energy for domestic use. Following a mineralization phase, the remains of the compost are used to feed phytoplankton, zooplankton and benthos, which in turn are used to feed fish on a fish farm. The digester provides a high yield of gas production. The Songhaï Center produces its own agricultural machinery and spare parts using 3D printers. In 31 years, thanks to ecosystems, it has managed to establish an interdependence between bioproduction, biotransformation, bioenergy and ecotourism, develop its own seeds, Songhaï seeds, and create a “Songhaï Leadership Academy” to train young agricultural entrepreneurs with a view to a third industrial revolution. The Songhaï Center is now a real sustainable development “laboratory” for the creation of green rural cities, by reducing rural exodus, food insecurity and the deterioration of the environment. Its success attracted the attention of the Club of Rome in its 2009 report on the blue economy and it has even been exported to Nigeria, Liberia and Sierra Leone.

Another notable example in Cameroon is the Yabassi Institute of Fisheries Sciences (University of Douala), which provides another successful example of sustainable development. The institute was set up by the Government of Cameroon in the context of its aquaculture development policy and has looked into the potential of spirulina. Its pilot spirulina production and processing unit has produced soaps, yoghurts and drinks made from spirulina. The Nomayos farm (Cameroon) has also started producing spirulina to reduce the nutritional deficiencies of children. As the Songhaï Center, the Yabassi Institute and Nomayos farm are part of a systematism taking the respect for the environment into account.

What types of actors contribute to the development of the blue economy?

A constellation of actors needs to promote the consolidation of blue growth. Its operating and organizational model can be used to review the social contract between citizens and States. The aim of this overhaul will be to implement wealth sharing, promote local or private initiatives and act jointly with citizens. The blue economy must promote the emergence of a “blue citizen”, like the “e-citizen” or “green citizen”. It can promote an overhaul of cities, integrating the consideration of ecosystems and their sustainability.

Private actors and public institutions also have an essential role to play in stimulating and promoting a rapid industrialization in economic sectors related to the blue economy. In addition to States, the African Union, the institutions of regional economic communities and specific regional organizations are essential.

Africa will drive its sustainable development ! 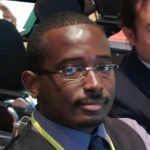