Professor Emeritus at the University of Lille

You can republish our articles for free under our Creative Commons license.
A technician inspects bitcoin mining at Bitfarms in Saint Hyacinthe, Quebec in March 2018. Photo by Lars Hagberg / AFP

The bitcoin is a cryptocurrency that works based on a peer-to-peer network that currently includes about 12,000 validating computers. There is no central node. The file indicating the amount held in each bitcoin account is copied identically into the memory of each computer in the validator network. This record, called the “blockchain,” is made up of linked blocks that are never erased. The network is not controlled by any authority. It operates through these validator nodes, which coordinate and control each other by exchanging messages.

Bitcoin: a system based on volunteering and rewards

To promote the existence of validator nodes, the bitcoin protocol invented by Satochi Nakamoto (the pseudonym of bitcoin’s unknown creator or creators) provides for a reward to be allocated to one of its nodes every 10 minutes. This reward was 50 bitcoins when the network was launched in January 2009. The allocated bitcoins are created ex nihilo by the network. The periodic reward is halved every four years. Its current amount is 6.25 bitcoins. With one bitcoin fluctuating at around 40,000 euros (as of September 19, 2021), this represents a significant sum of money distributed every ten minutes. The decrease in the reward amount will lead to no more new bitcoins being created by around 2140. By then there will be just under 21 million bitcoins.

The rewarded node is chosen by what is called the “proof-of-work” (PoW) process. PoW requires a competitive process of computation; winning a reward requires good capability to calculate SHA256, a mathematical function commonly used in computer science. If you have SHA256 computational power equal to 10% of the cumulative computational power of all validators, you have a 10% probability of winning a new reward.

Thanks to this system, there are always volunteer validators. It also makes it difficult for a single entity to control the operation of the network. Indeed, dominating the network would require a majority share of the SHA256 computing power (the so-called 51% attack), which is unlikely for as long as there are many validators, each with significant computing power.

This situation has led to a calculation race. All sorts of ways have been developed to efficiently compute the SHA256 function. Standard computers were initially used, and then graphics cards. Today, specialized chips (application-specific integrated circuits – ASICs) are designed and manufactured to compute SHA256. Those who compete in the computation process are called “miners.” They are not necessarily validators, but they are linked to a validator for whom they work. Validators in turn share their earnings with the miners who calculate for them. These groups are known as “mining pools.”

The environmental paradox of the digital transition

However, all the computation required to win rewards is not directly necessary for the network to conduct the exchanges needed to simultaneously coordinate and update the blockchains. In short, the goal of the calculations is simply to determine who is rewarded. Despite very significant advances in the design of specialized fast chips, each SHA256 calculation requires a minimum amount of electricity consumption. Meanwhile, the competition among the miners has, little by little, increased the power of the network. Several stages in its colossal growth are shown below. In each case, figures represent the cumulative power of the entire bitcoin network, measured in the number of SHA256 calculations per second: 1 hash = 1 SHA256 function calculation.

Each year, the power increases by about a factor of 10!

The energy consumption of at least four nuclear reactors

There is no perfectly accurate way to assess the electricity used by the network, but a minimum number of terawatt-hours (TWh) consumed per year can be calculated by taking as an example the most electricity-efficient machines to calculate the SHA256 function, with the hypothesis that only they are used. The cumulative power of the miners is known with a fair degree of accuracy. This total is now (as of September 19, 2021) approximately 135 ´ 1018 hashes per second. The best machine is the AntminerS19Pro, which computes 110 tera hashes per second. Its electrical power is 3250 watt-hours (Wh).

Following the hypothesis that all miners use this tool requires:

Keeping in mind that an average nuclear reactor produces about 8 TWh/year, we can see that the miner network consumes the electricity produced by four or more nuclear reactors.

The calculation proposed here is consistent with the 40 TWh/year reported by Digiconomist and with the 36 TWh/year by the Cambridge Bitcoin Electricity Consumption Index website.

We can thus see without a doubt that minimum consumption is 35 TWh/year. For a more accurate assessment, this result should be doubled or tripled depending on the hypotheses we make about:

– the extent to which less efficient machines are used;

– the cost of cooling the computing systems;

– the energy spent in manufacturing the mining tools, in transporting them, and in building and operating the factories that make them, etc.

Coal to fuel the bitcoin miners

China’s share of mining factories accounted for more than 50% of bitcoin mining power, until the authorities banned mining there a few months ago. Some of that mining has moved to North America. The electricity used comes from a variety of sources, but a significant portion has coal as its source. The Digiconomist website calculates a carbon footprint of 77 megatons (Mt) of CO2. As the price of the bitcoin has increased fivefold in the past year, we should expect this already staggering energy consumption to increase by a factor of five in the next two years.

However, this energy consumption is not inevitable, even for computing devices that work by blockchain. There are several methods that can be used in place of PoW. It has been shown that they provide equally safe protocols with lower electrical consumption than does PoW. The savings from some methods would be 99.95%, which would bring blockchain power consumption down to a perfectly acceptable level.

The situation is therefore absurd. Competition among miners has set in motion an infernal machine that seems unstoppable and that, in the case of bitcoin, we aren’t even trying to stop. Unfortunately, it’s feared that the consequences of Nakamoto’s blunder in having chosen the PoW method will get worse. Two possibilities could reverse the trend: a collapse in the bitcoin market, or intervention by the authorities that have the power to do so. 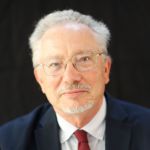 Professor Emeritus at the University of Lille