Facebook Twitter Link
Copied to clipboard
The blades of the wind turbines are improved by using serrations, similar to those enamelled on the fins of humpback whales. Photos: Eric Ellingson and seblinux78 Flickr CC

This need to reconcile the technosphere, created by humans, with the biosphere, to which we belong, is one of the major challenges of our time. Although the human brain is very powerful and capable of remarkable invention, we are fundamentally biological beings, who are a part of a biological ecosystem.

This reconciliation, in essence, requires that we converge our economic systems and activities with the great system of life on which our survival depends. In practical terms, this means focusing on two essential points of reference: climate change and the impact on biodiversity. Humans have always known how to adapt, but lessons can be learned from nature about crisis mitigation, with one example being how oceans and trees absorb carbon.

Therefore, it is essential to establish a framework for skills and knowledge development, as well as for all of our interactions, which puts the oceans, the climate and biodiversity at its heart. These elements constitute the three major factors for protection that must be integrated into all of our activities.

Barriers to reconciling humanity with biodiversity

Human society is now organized in silos, mainly for power-related reasons: each discipline subject to these limits then enables a specific leader to emerge for each sector. This creates barriers to the use a multidisciplinary approach, which has the effect of diluting power. However, nature and the living world are complex systems which are interconnected in ways that are difficult to understand when viewed from a compartmentalized perspective. Consequently, it is not possible for humans to learn lessons from nature as long as we continue to maintain this separation between knowledge and disciplines.

Another aspect of the human mindset that creates a barrier to reconciling humans with nature is the issue of magnitude. Economies are measured in billions of dollars and competition dictates our markets. Today, it is necessary to scale down and abandon this competitive approach. Rather than massive, large-scale projects, we should focus on developing wide-ranging micro-solutions, using nature as a model. This approach would allow for more agility, both financially and in terms of resilience, particularly in the face of climate change. This is an age that call for agility and this can only be achieved through the development of interconnected, small-scale solutions, like the cells in the human body, which are both agile and resilient.

Drawing inspiration from the living world: the example of biodiversity

The phrase coined by the essayist Emmanuel Delannoy, who has worked extensively in the fields of biodiversity and economics, perfectly sums up the task ahead: “Reconciling the technosphere with our biosphere.” This can be achieved by applying a concept of which he is one of the great founders, biomimicry. In other words: “Seeking out knowledge from the living world.” We see and use nature as a material, and yet it is also a major source of information. There are hundreds of millions of species from which we can draw inspiration, and models that can be replicated, especially in terms of transition and adaptation.

However, we cannot take inspiration from nature without first reintegrating our understanding of the living world into our way of thinking. On this basis, the importance of biology must be reestablished in basic science, alongside the already highly-valued subjects of physics and mathematics. This human obsession with economic figures over living things is responsible for the proliferation of new technologies and artificial intelligence, with a vision of the future that is almost exclusively based on technological progress. It is critical that a biological dimension is added to this perspective. Humankind must take inspiration from nature in order to live in harmony with its environment.

From nature to humanity: the three levels of biomimicry

Biomimicry is based on a multi-disciplinary approach, defined by the American Biologist Janine Benyus, which is divided into three progressive levels, inspired by nature.

Aircraft wings provide a good example of the first level, the natural form. Inspired by the wings of steppe eagles, they improve aircraft stability when in flight, while reducing energy consumption. Similarly, wind turbine blades become more efficient with the addition of serrations, similar to those on the fins of humpback whales. These serrations allow the blades to maintain resistance without slowing down their rotation.

Science can also take inspiration from natural processes. For example, in termite mounds, temperatures are extremely high during the day, and much lower at night. A moderate temperature must be maintained inside the mound to prevent their food supply from spoiling. This is achieved via the circulation of either hot or cold air using chimneys, according to the time of day. This system of air conditioning using natural ventilation inspired architect Mick Pearce when constructing the Eastgate Building in Harare, the capital of Zimbabwe. The building is kept cool inside all day long without air conditioning, even when the temperature outside is around 35°C.

The third level of biomimicry relates to taking inspiration from natural ecosystems. An ecosystem is characterized by exchanges of material and information flows. This ecosystem approach has inspired concepts that are well-known to us today, such as circular economies, short supply chains and smart grids. Rail networks could be organized more efficiently by applying this same approach to mimic the human blood vessel network: small channels that begin at an extremity, branching off into wider channels, where circulation is heavier, close to vital areas.

Nature, an ideal candidate for the Nobel Prize

Today, thanks to technology, we are capable of observing and understanding the world around us, using the largest to the smallest of scales, such as the nanometer. Nowadays, it is possible to see how nature builds its own materials, using its own version of 3D printing. Nature is very economical: it uses very few materials and energy, and replenishes these resources in a creative and intelligent way. It would be an ideal candidate for the Nobel Prize, in any discipline.

Biodiversity is currently under threat due to the destruction of natural habitats and the effects of climate change. Biodiversity should no longer be viewed as the problem but as the solution: every species represents a source of potentially untapped information and a common asset for humanity. This is why urgent action is needed to protect biodiversity.

This article is based on an interview published online on the AFD-Edflex platform as part of the “Des nouvelles de demain” (“Tomorrow’s News”) series. If you would like to explore this subject in more depth, refer to the two MOOCs on ecological and energy transition in Southern countries, developed as part of a collaboration between AFD, the Ecole Normale Supérieure and the Université Virtuelle Environnement et Développement Durable (Digital University on Environment and Sustainable Development—UVED). 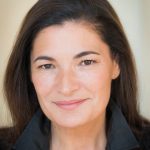