To successfully make the ecological transitions recommended by the IPBES (Intergovernmental Science-Policy Platform on Biodiversity and Ecosystem Services), companies and banks have recently highlighted the need for metrics to demonstrate whether their approach is effective. Furthermore, a recent comparative assessment of biodiversity footprint metrics developed for businesses has shown that to be reliable and effective, the models underlying these indicators require more field data.

The important role of development banks in generating biodiversity data

When financing studies and projects in developing countries, development banks work with their clients to generate vast amounts of raw biodiversity data. While access to some studies may be restricted or even confidential, it would nonetheless be very easy to disseminate the data used to produce such research. However, unlike the studies it is used to underpin, such data is rarely exploited because it is not published.

Biodiversity data is usually collected in the field by specialist consultancy firms conducting environmental impact studies, and any subsequent ecological monitoring studies. In addition, agents or NGOs working in protected areas often gather this data when implementing support projects for national parks or sustainable natural resource management. As shown in the diagram below, these agents or consultancy firms are commissioned to undertake these studies by the project owner whose project is financed by one or more donors.

Understanding the distribution of living species, as well as the health of their populations, is essential to prevent the loss of biodiversity. Free access to larger quantities of raw biodiversity data can reduce costs and improve the quality of research. This data makes it easier to target and prioritize actions for preserving biodiversity and to assess the effectiveness of these initiatives. For example, raw biodiversity data can be used to draw up red lists of threatened species, or to calibrate predictive models which provide biodiversity footprint indicators for economic activities, or even to monitor public policy.

This makes the extensive raw biodiversity data generated through development bank financing particularly valuable, and publishing such data could contribute to preserving biodiversity.

At present, the majority of this data is used for the sole purposes of the study from which it originated. Beyond the remit of the original study, this data is not being used to deepen our understanding of biodiversity, as it is not published and, therefore, cannot be reused in future studies.

In France, the government has recently changed its regulations, allowing it to gather and make wider use of the raw biodiversity data produced by environmental impact studies.

Thus, the French Law for the Reconquest of Biodiversity of 2016 stipulates that both public and private project owners must provide the French government with any raw biodiversity data collected during impact studies. This new regulation led to the roll-out of the “Dépobio” system in June 2018, which has proven very effective. After a year and a half in operation, nearly a million data records from several hundred projects have been collected via Dépobio.

Private financial institutions have been leading the way to promote the sharing of biodiversity data collected for impact studies, using the “Equator Principles” framework. Consequently, since July 1, 2020, financial institutions subscribing to the Equator Principles have been required to encourage their clients to share the raw biodiversity data collected from financed projects.

Despite this progress, public development banks have still not taken any concrete action to share and capitalize on this data. Nonetheless, a relatively simple process could be set up to facilitate the publication of raw biodiversity data via the Global Biodiversity Information Facility (GBIF). More than 1.6 billion data records have already been collected via this operational system, clearly the preferred channel for publishing the raw biodiversity data produced by development banks.

An opportunity to reduce the data deficit in developing countries

An analysis of the data published on the GBIF has highlighted a significant deficit in raw biodiversity data in many African and Asian countries.

Moreover, a large part of the raw biodiversity data collected and published worldwide relates to birds, because of the highly active network of birdwatchers in the field. This category accounts for more than 91% of all occurrence data collected from 2015 to 2019, and this figure increases to over 98% if only the countries where AFD operates are included.

By contrast, data extrapolated from a sample of AFD studies has shown that bird sightings account for barely 20% of all the raw biodiversity data generated from development bank financing. Inventories carried out during environmental impact studies often involve flora, as well as insects, amphibians, reptiles, birds and mammals. 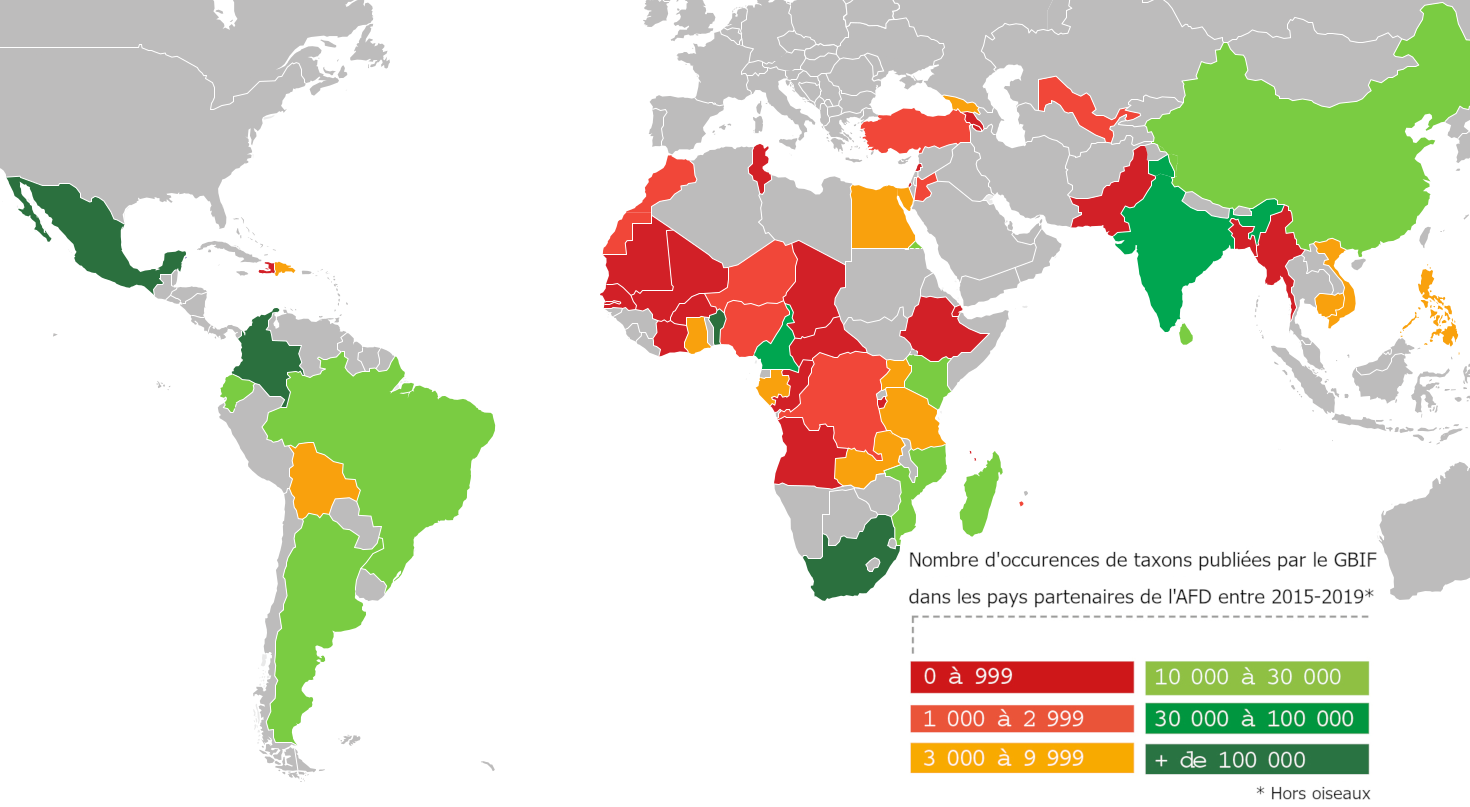 Volume of raw biodiversity data (excluding birds) published between 2015 and 2019 on GBIF; in countries where AFD operates, (i) current situation shown on the left, (ii) with estimated additional data from environmental impact assessments for projects financed by AFD shown on the right.

In light of these opposing trends, public development banks could play a crucial role in deepening our understanding of wild animal and plant species distribution in developing countries.

For example, an analysis of studies financed by AFD has shown that, in 2018, up to 56% of amphibian observations, 35% of grasshopper and locust observations, 30% of reptile observations and 25% of mammal observations could have been published on the GBIF, for all the countries where AFD operates.

Any additional work resulting from publishing data mainly involves formatting the data collected by organizations during impact studies or nature inventories. This extra work and the costs incurred from formatting and publishing the data on the GBIF, may lead to a slight increase in the services provided by environmental impact assessment agencies. For AFD projects, this additional cost is estimated at €3,300 per impact study, on average, which amounts to less than 0.7% of the average study cost.

Although recent studies estimate that between $300 billion and $440 billion will be needed per year to preserve biodiversity between now and 2030, development banks could easily improve methods for evaluating the effectiveness of financing ecological transitions. They simply need to encourage their clients to share raw biodiversity data, by providing the required financial and human resources, which are perfectly within their means. 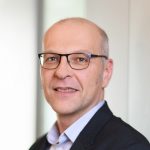 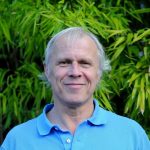 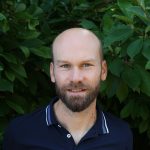