Facebook Twitter Link
Copied to clipboard
In Switzerland, the number of alpine chamois has grown from 10,000 in 1910 to 90,000 today. Here, a herd in Tyrol (Austria), in August 2014. Photo Zoltán Vörös (Photo: Zoltán Vörös Flickr Cc)

Specialists in rewilding, Gilbert Cochet and Béatrice Kremer-Cochet are natural scientists, President and Vice-president of the Forêts sauvages association, experts on the Scientific Council for Natural Heritage (Gilbert Cochet is also on the Council of Europe), and affiliates of the Muséum National d’Histoire Naturelle. They recently published a paper entitled L’Europe réensauvagée, vers un autre monde (Actes Sud), which demonstrates, with the support of research, how leaving nature to flourish on its own can restore biodiversity.

What does the term “rewilding” mean?

Béatrice Kremer-Cochet: Rewilding is a concept developed by North Americans. We define it as “protecting an area in order to restore its natural functioning.” This protection may involve initiatives to encourage extirpated species to return voluntarily, or, where this is not possible, to reintroduce species to the area. Over time, rewilding leads to a free form of evolution, with humans no longer control the environment and nature evolving without anthropological constraints. Humans are prohibited from interfering with the balance of nature, but not from contemplating or observing the living world, in order to draw inspiration.

Can you give some examples of rewilding that illustrate the resilience of the natural environments you mentioned?

Gilbert Cochet: To some extent, people were already rewilding before the term even existed. There are three remarkable examples of rewilding initiatives in Europe, in the mountains, dating back to the early 20th century: In the National Park in Switzerland, and in the Abruzzo National Park and the Gran Paradiso National Park, in Italy.

The oldest of the three, the Swiss National Park, was founded in 1914. From the outset, the aim was to close off a large area (17,300 hectares) to human activity and to give nature free rein. Activities such as pastoralism, hunting and forestry were banned overnight. A century later, the area is once again abundant with wildlife. The number of Alpine chamois in the country has increased from 10,000 in 1910, to 90,000 today, with the population in the National park stabilizing at around 1,500, demonstrating that this species is fully self-regulating. Bears that were reintroduced in Trentino, have appeared in the park, as well as lynxes and wolves. In addition to species that have returned voluntarily, bearded vultures were also reintroduced to the area in the 1990s.

When nature is allowed to take its course, unexpected natural phenomena can be observed: for example, the density of the ungulate population is much higher than the balance point previously considered necessary in controlled environments. In Abruzzo, a 300-strong herd of male deer was spotted recently, something no one thought possible before! Some national parks in France are also being rewilded: The Vanoise and Écrins National Parks have essentially been left to evolve naturally. Rewilding is the most comprehensive method of protection for restoring an ecosystem.

With species under threat of mass extinction, can protected areas really save biodiversity?

K.-C.: It all depends on the proportion of land that is left to evolve freely. According to American Biologist, Edward Osborne Wilson, to prevent a sixth mass extinction event, half of the planet must be set aside as protected nature reserves. This is a huge task, currently less than 1% of land in France has been left to evolve freely, and hunting is still permitted in a number of nature reserves.

In addition to the return of animal species, what are the other benefits of reestablishing areas of wilderness?

K.-C.: We can learn a lot from these environments. Leaving very large, interconnected areas to evolve freely can provide us with data on how nature is adapting to global warming. For example, forestry workers in integral biological reserves can now observe which species are dying out and which are newly emerging. This provides useful information to guide forestry techniques. In addition, data about parasites can also be gleaned from natural dynamics. For example, the impact of bark beetle infestations on spruce trees in the Czech Republic, in a forest where dead trees were being cut down and removed, was compared with the situation in a German forest left to evolve freely. In Germany, a predator of this parasite has emerged and the forest has developed greater resistance.

In general, the richer the biodiversity of an environment, the greater its resistance to external forces of all kinds: Parasites, storms, fires, global warming, and so on. If there is a wide diversity of species, there will always be one with a particular genetic variant, allowing it to gain an advantage, adapt and repopulate a damaged environment.

Moreover, studying these areas helps us develop a greater understanding of eco-friendly processes that can be applied to human activities. Winegrowers have realized the benefits gained from allowing islands of wilderness to develop close to their vineyards: Bats that prey on grapevine moths can do the same job as insecticides. Studies have also shown that wild bees are better pollinators than domestic bees. Finally, the concept of permaculture was developed as a result of observing forests left to evolve freely.

How can countries integrate highly protected biodiversity areas into their economies?

K.-C.: There is huge potential for ecotourism when exceptional wildlife returns to an area. Nowadays, we know how to manage an influx of visitors effectively to ensure that ecotourism offers sustainable benefits. For example, in the Swiss National Park, visitors are prohibited from leaving the trails and demarcated areas, and there is minimal disturbance to wildlife. According to the site director, the four district councils which own the park have seen a return of €20 million per year. Per hectare, the park generates €1,000 per year for the area’s inhabitants. The return from clear-cutting a forest is €800 per hectare… once every 50 years!

Restoring marine ecosystems can also provide a source of income for residents. Sea bream, for example, had practically disappeared from the Italian coast of the Adriatic Sea, so draconian measures were implemented in one area: 2,500 hectares were turned into a nature reserve. Despite a public outcry, all fishing was banned. Five years later, fishers were permitted in the area surrounding the nature reserve, and they realized that they were catching more fish in a day than in a week before! As a result, they became staunch defenders of this no-fishing zone.

Is cohabitation possible between wildlife and domestic livestock?

K.-C.: In Europe, cohabitation between breeding and large predators is most difficult in countries where such animals of prey have not been present for a considerable period of time. Approaches to pastoralism have been developed without taking them into account. Wolves have been a constant presence in Eastern countries and Italy, and so breeders have always had the skills to protect themselves. Conversely, in France and Belgium, wolves totally disappeared for a fairly long period of time and thus this knowledge was lost. It has been extremely difficult to relearn these techniques.

Can wild animals returning to an area be a vector for parasites?

C.: Whether willingly or not, humans have always cohabited with wildlife, despite our attempts to drive species to extinction. In the vast majority of cases, parasites spread from domestic to wild animals and not the other way round. Today, wild animals make up just 2% of the biomass of continental vertebrates, with domestic animals representing 85% and humans 13%. Ten thousand years ago, they accounted for 97%.

K.-C.: In complete ecosystems, scavengers, such as vultures, play an extremely important role. Because of certain characteristics of their digestive tract, vultures are epidemiological dead ends. They can completely dispose of an Ibex corpse within twenty minutes, thus stopping the spread of parasites.

Is it feasible to establish nature reserves for rewilding in countries with more vulnerable economies than in Western Europe?

K.-C.: Loss of biodiversity is an issue affecting the entire world. This process cannot be halted without international awareness and global agreements. Living things cannot be protected in a way that negatively impacts the local population. This is well understood in Costa Rica where, to make way for banana and cocoa production, deforestation of the magnificent forests in this tropical Central American country had already begun. However, it was impossible for the country to compete with large plantations in South America. Subsequently, the government decided to protect the remaining 28% of Costa Rican forests that had not been destroyed and to focus on ecotourism, involving the local population. Today, this bet is beginning to pay off. Countries with more vulnerable economies must put a stop to the looting and ravaging of resources, and adapt their way of life to the climate and local resources. This is the only way for rewilding to be effective in these countries. 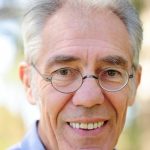 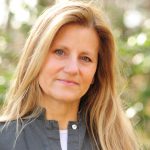