This interview is published in the framework of our partnership with

Before talking more specifically about COP21: Why must climate change be a core concern for us?

Because the consequences of climate change are already visible and are going to become more pronounced! They make the necessity to profoundly change our lifestyles ever more acute. They also undermine the efforts achieved in recent years to develop the most vulnerable countries.

Climate change is not only a “problem for the rich” or a concern for developed countries. The first victims of the consequences of climate change will be populations who are already the most vulnerable and do not have the resources to deal with or adapt to them, especially rural populations who most directly depend on agricultural products, in Africa or South America for example.

In our interconnected world, climate change will in particular pose a threat to world food security, for example, due to declines in the yields of the main crops and an increased variability from one year to the next. Indeed, this has a direct impact on agricultural production and commodity prices and may lead to significant instabilities, as well as economic and political crises. We have already seen this in certain countries in recent years, particularly in North Africa and the Horn of Africa. The increased intensity and frequency of extreme climate events also leads to instability. And to quote a final example, while hundreds of millions of people live near coasts, erosion and rising sea levels pose a real threat.

But climate change can also be considered in a positive manner! The transition towards a low-carbon world that is resilient to climate change will create a number of opportunities, both in terms of health (reduction of cardiovascular diseases, asthma, etc.) and in terms of job creation, for example. The challenge for the current international negotiations lies in convincing decision-makers of these opportunities.

What about countries that do not have the means to fight against climate change?

It is true that certain countries do not have the means to fight against climate change, whereas they are already suffering its devastating effects. The international community must consequently provide specific responses to these most vulnerable countries.

The discussions on financing, particularly over the Green Climate Fund, seek to provide a response to this issue. The capitalization of this Fund has already reached USD 10bn and its target is to mobilize USD 100bn a year by 2020 for the fight against climate change. This target was reaffirmed by the G7 in its declaration of 8 June. 50% of this fund is intended to be used for actions related to the mitigation of emissions and 50% for adaptation. It has recently been decided that half of this proportion allocated to adaptation will be specifically earmarked for the most vulnerable countries.

Reducing the vulnerability and strengthening the resilience of developing countries, which are particularly among the most vulnerable, is part of a more comprehensive discussion in the context of climate negotiations, with a framework for adaptation established in Cancun. With assistance from the international community, these countries are developing strategies and action plans to better address these risks. A “loss and damage” mechanism was also established in Warsaw to meet the demand of the most vulnerable countries concerning the impacts of climate change that it will not be possible to avoid.

What issues must the Paris Climate Conference 2015 (COP 21) respond to?

The aim of COP21 is to reach a universal agreement defining the new climate regime. It therefore involves defining the overall cooperation framework for post-2020 climate action to limit global warming to 2°C by 2100.

The process has changed since Copenhagen or Kyoto: in Warsaw (2013) all countries decided to put on the table, in early 2015, what we call their “national contributions”. The latter set out each country’s vision which, depending on their national circumstances, indicates the efforts they can make at national level to contribute to the overall climate effort. A number of countries have provided them, including European countries, the USA, China and Japan, but also developing countries, such as Gabon and Ethiopia. I hope that other major countries, such as India and Australia will rapidly join them.

Another important issue is that of ensuring all countries sign the agreement (universal agreement). If all countries mobilize against climate change, the international community will be sending out a very strong signal. This does, however, raise a number of questions, as all countries will not be able to provide the same level of effort. For example, the most vulnerable countries are expecting ambitious efforts and support from developed countries. But how to ensure that the overall agreement reached will be fair? And how to define what would be a “fair” national contribution. In other words, how to “differentiate” countries? Is it necessary to devise new groups or criteria, and if so, which ones? These issues of differentiation and equity are central to the debates.

At COP21 a universal framework also needs to be defined which, rather than imposing action (we have seen in the past that this was not sufficient), promotes it and speeds it up, thanks to cooperation between countries. The Paris agreement needs to include mechanisms for regular cycles that allow objectives and action to be scaled up over time. We are currently moving away from the vision of an ideal agreement – in the sense that may have been understood prior to Copenhagen – that would resolve all problems, towards a more realistic vision of a framework agreement that would provide a basis for strengthening this cooperation in the coming years. This new vision takes national specificities into account. It involves building a common vision and ensuring that there is the necessary confidence between parties. In this new process whereby countries each publish their own contribution, sharing information on the way in which each country envisages its transition constitutes a first stage in identifying the potential and needs.

The question of support and financing to help countries speed up this transition towards a low-carbon and resilient world is another important issue. A number of developing countries deem that the efforts made by developed countries are still insufficient and are calling for the commitments made to be respected, in particular a clear and binding roadmap for the capitalization of the Green Fund, as well as additional quantified commitments. Paris will consequently need to provide a response to these concerns. This challenge will not only be met with public funds. The financial sector must also integrate the climate risk and private investments must participate in this overall effort to build this transition.

Finally, COP21 will need to provide a response to the more specific issue of the adaptation of the most vulnerable countries, i.e. ensure that the new international climate system comprises cooperation and assistance mechanisms to help them face the risks related to the consequences of climate change.

A final issue for Paris will be to succeed in mobilizing a group of actors who are generally grouped under the name of “non-State actors”, such as local authorities, companies and civil society. This movement, and the hundreds of initiatives implemented around the world, are encouraging and can contribute to sending out a positive message of confidence during COP21, showing that citizens are calling for this transition. 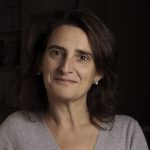