“Will the Arab Spring create a new springtime for women?” This was the question raised among participants at a colloquium organized by the French Ministry of Foreign Affairs on the day before the International Working Women’s Day, the 8th of May. The ministry wanted “to pay homage to the role women played in the Arab Spring(s), and show support for the freedoms that women gained.”

A year after the revolutions, threats weigh on women’s freedoms as heavily as ever; in many Arab countries, women’s rights are under attack. The economic crises in Tunisia and Egypt pose further challenges to their people’s daily lives – a populace impatient for the end of the transition period.

Poverty Knows No Gender or Status

A growing number of studies show that bolstering women’s economic roles stimulates national economies. On March 1st, the French President, François Hollande noted during his closing speech to the International Development and Solidarity legislative assembly that “when aid flows to women it is often more effective and sustainable, and also spent on their children’s education.” That is why the president’s three development policy objectives include “supporting women as one of our aid criteria.”

Since 2004, BATIK International has helped local representatives of government and nongovernmental organizations working in countries along the southern Mediterranean coast implement projects that promote women’s economic independence. Meeting practical and economic needs with financial resources is not the end goal; rather, the aim is to further a strategy that changes women’s situations and meets their longer-term strategic needs, such as political rights, legal protections, and so forth. Economic independence acts as a lever for women’s social, political and familial independence, as long as proper money management accompanies funding.

One of these types of projects, “Genre et économie Pluri’Elles” (Women’s Status and Economy, or the GEPE Project) works in Algeria, Morocco and Tunisia and is supported by the European Commission and AFD, the French development agency. On 7 March 2012, BATIK International was invited to discuss the conditions for women’s economic autonomy in this region.

The GEPE Project was designed and launched before the Arab Spring revolutions. It emphasizes a comprehensive approach that combines the economic with the social to meet women’s needs, such as for healthcare access, children’s education, and legal assistance or mediation in case of domestic violence, while enabling women’s transition from accessing to managing funding. This approach bolsters women’s role in household and community decision-making. Despite posing threats to women’s freedoms, the economic crises have pushed women to find work or create businesses. The GEPE Project’s comprehensive assistance makes economic development a vector for empowerment and for the defense of women’s rights. In this way, women gain a strategic place in the transition to democracy.

The GEPE Project increases the effectiveness of its assistance by raising awareness about women’s economic importance among public officials, businesspeople and professionals, the principle agents of change for public policies that embrace economic equality.

Furthermore, the GEPE Project’s local partners in each country share their experiences regionally; this fosters innovation and dialogue between cultures and populations. This networking effort will cross the Mediterranean on 23 May 2013, when BATIK International will produce a forum in Paris for French and North African stakeholders to discuss issues affecting the inclusion of women in national economies.

Three success factors work together in these types of projects: multiple actors, comprehensive assistance, and knowledge sharing within the developing world and with the developed world.  While public sector donors fully support working with multiple actors, they often underfund the other two success factors. Foreign aid for projects that address social issues is decreasing, and knowledge-sharing opportunities between countries have difficulty expanding because of high costs and barriers to participants’ travel.

Women’s active participation in the Arab Spring revolutions shined a light on women’s previously obscured daily battles for their rights. The political and economic crises have rapidly strengthened threats to women’s newly-demanded freedoms. Financial support granted to civil society organizations that help women in their fight for autonomy must include crucial support for social issues: only in this way will women be able to take their place as fully-fledged actors in future democratic transitions. 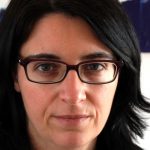