Postdoctoral researcher at the Center FrancoPaix

After the ghastly assassination of seven aid workers and their guide in a natural park in Niger on August 9, many false stereotypes surfaced in the media with regard to humanitarian aid in armed conflict zones. Humanitarian aid workers were portrayed from two opposing angles. One described the heroism of aid workers as dauntless saviors of people in danger. The other tended toward conspiracy theories that consider them with suspicion, presenting them as infiltrators of foreign States or international powers… if not as accomplices to jihadist movements.

These views, which exist both locally and globally, may stem from naiveness or outright maliciousness. But they are in fact very familiar to aid workers. In fact, part of their work in armed-conflict zones consists precisely in knowing what is said about them, as this information is decisive concerning whether they are accepted on the ground or not and, ultimately, for the safety of their operations and personnel. Any harmful distortion of their image can have fatal consequences. When there is an overload of conflicting information about the environment in which aid workers operate, it hampers their operations. That is why they prefer to work discreetly. Indeed, a certain confidentiality guarantees effectiveness of action.

As a counterpoint to the above-mentioned polarized perceptions, this opinion piece presents a brief overview of humanitarian-aid activity in the Sahel areas that are disputed militarily and politically by different State and non-State armed groups. In this context, it’s important to emphasize the practical and constant trade-offs (nonetheless supervised at the organizational level) that aid workers have to make to carry out their actions successfully.

Aid workers in a gray and volatile area

Aid workers are endowed with a “noble” mission of helping vulnerable people. It is subject to a framework of transcendent principles that are, in principle, consensual. But, in their working environment, nothing is obvious. The information aid workers are able to glean is fragmented and can be manipulated; the resources they distribute are sources of competition; and the local people are not just victims but also politically active, pursuing their own strategies. Finally, aid workers find themselves in a highly asymmetrical relationship with armed actors: the former have no weapons, the latter do. And those weapons can be alternately a source of protection or a source of danger.

Furthermore, humanitarian organizations operate relative to one another in a competitive world. Taking over the management of a hospital or refugee camp in a particular place is often far from being the outcome of kindhearted dialog. And when communication on the ground is carried out awkwardly, these choices may be misperceived by communities and/or bearers of arms as “favoritism” and/or as a deliberate choice to exacerbate local tensions.

In this complex and changing environment, humanitarian principles at best act to help guide action, but they cannot dictate the myriad choices to be made on a daily basis. Aid workers thus operate in a volatile gray area and are prone to error.

However, risk is minimized by working methods produced and revised over time, at the organization level and with varying degrees of professionalism. For example, it is common to delegate activities to local staff in order to avoid the dangers that expatriates face, even though this raises serious ethical problems. Thus, while the humanitarian principles act as a highly set standard for humanitarian action, everyday activities ultimately depend on the professional routines that all organizations produce.

The following section provides an empirical account of these humanitarian work processes in two different settings, one subject to domination by irregular armed groups (in Mali) and the other subject to a government-imposed state of emergency (in Niger).

In 2012, a jihadist coalition drove the government forces out of Kidal, Timbuktu, and Gao, the three major provinces of northern Mali. It occupied the region for ten months without facing any real military threat. This situation led to population displacements and intensified pre-existing humanitarian needs.

Humanitarian organizations quickly took up position to partly cover these needs and sought to establish contact with the new masters on the ground. These latter did not show opposition in principle to humanitarian operations. Because the jihadist movements considered themselves responsible for the people under their control, it seemed normal to them to satisfy their most urgent needs (health care, water, veterinary services, etc.). Of course, reaping the political dividends of the assistance provided to them was obviously a major reason for giving the green light to humanitarian aid workers.

On the other hand, the jihadist movements did demand that the aid workers submit to rules that complied with their ideological framework: no non-Muslim personnel and especially no attempt to convert Muslims. These demands were deemed acceptable, and, after they were applied, the organizations we interviewed were able to work in a relatively stable and secure environment as long as the jihadists’ system of government was itself stable.

But the working environment deteriorated seriously when the armed actors became more numerous, more geographically mobile, and changeable in their ideological alignments, following the French intervention in January 2013. For example, when a Malian jihadist movement pledged allegiance to the Islamic State, it disrupted the rules of operation previously developed with the movements affiliated to Al Qaeda. It was then necessary to adjust humanitarian practices in the zones held by the two movements—zones that were themselves subject to change!

It thus became much trickier to interpret the security situation and to evaluate risks. Suspicions of favoritism toward one side or the other increased, and so did security incidents.

For the aid workers, information-gathering, networking, and investigation activities following a security incident (robbery, kidnapping, or murder) became more crucial than ever. But it was not always possible to identify a definitive cause for the incidents: Was it the organization that was targeted, or a particular staff member? Was the motive for the incident political, criminal, or both? Why was it possible to get through that checkpoint safely last week but not this time? Was the right local armed official consulted, was the vehicle rented from the right provider, etc.?

Aid workers thus have to tread a fragile fine line, both to ensure the continuity of their operations and to fulfill their duty of care towards their employees. The negotiation method manuals developed by humanitarian organizations and aimed at facilitating this process of navigation are widely available, but complying with them does not cancel out risk. For example, the lessons learned from a given incident may not be valid two weeks later, and a given networker’s qualities might work well with one armed actor but not with another.

Fiascos can occur, for instance in the form of the complete take-over of a humanitarian mission by an armed group, leading to its outright suspension. Risk control has long been a priority for aid workers, but procedures for streamlining risk management do not eliminate the possibility of radical change, any more than they substitute for more empirical and more or less fallible ways of navigating dangerous humanitarian terrain.

In Niger, a state of emergency has been in force in the seven departments bordering Mali in the Tahoua and Tillabéri regions since March 2017. The humanitarian organizations working there are subject to the rules stemming from that state of emergency: the banning of certain means of transportation, curfews, complying with the extended powers of prefects, etc.  As early as 2012, the means of access to civilian populations affected by the conflict (in Mali) were the subject of negotiations between humanitarian actors and national authorities, particularly on the sensitive issue of the imposition of escorts by the Defense and Security Forces (FDS), which humanitarian actors say they turn down, except as a last resort.

Since then, humanitarian actors have been struggling with the FDS to work out rules of access to these departments that would not compromise the principles that are supposed to guide their actions. Depending on security incidents and military operations, the FDS controls the movements of humanitarian aid workers to varying degrees, at several levels and through various mechanisms or so-called “coordination” frameworks, for example with the Civil-Military Coordination (CMCoord) since the end of 2017.

Indeed, the movements of most humanitarian organizations are subject to a system of reporting and authorization requests, which is managed from the capital with the army headquarters. It is considered mandatory by OCHA (Office for the Coordination of Humanitarian Affairs) and the authorities. Although the UN humanitarian agencies, NGOs, and organizations of the Red Cross movement do not all have the same internal rules and risk management capacities, none of them ignore the necessity for acceptance by the FDS.

At the field level, where “CMCoord opérationnelle” coordination units have also been set up more recently, monitoring of humanitarian aid movements by the authorities, including the FDS, are more or less systematic. Even when the rules and agreements discussed in Niamey are reinterpreted on the ground, the FDS, which are sometimes suspicious of NGOs, generally do not depart from their prerogatives.

Despite the stereotype of aid workers as “uncontrollable” or “hotheaded,” it can be noted that the level of government control in Niger over aid workers, especially through its FDS, is particularly strong, institutionalized, and accepted—and even sought after by humanitarian organizations.

This opinion piece challenges the stereotypes that can undermine the agreements and consensus that are so difficult to achieve when armed conflict is extremely volatile. The specific features of humanitarian aid necessarily weigh on these narratives. Indeed, humanitarian practice is discreet out of necessity and involves constant negotiation with an array of actors who have diverse and/or opposing agendas: the military, local communities, armed groups, and national authorities.

Aid workers are thus exposed to multiple risks, of a physical, ethical and political nature, or in terms of their reputation. They can make mistakes that are at times fatal to their teams and/or to the local people. Complete control of the situation in the areas partially controlled by armed groups (as in Mali) is not possible, just as it is complicated to resist State pressure (as in Niger).

Nevertheless, to deal with these inescapable constraints, a culture of reflection about processes and practices is gradually being built up and is promoting the professionalization of the humanitarian field specific to armed conflict zones. This experience, often acquired on the job, helps to bring clarity to the established principles and could be quite valuable to the development actors who are destined to take over from the aid workers on the ground. 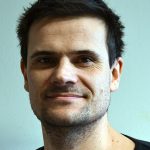 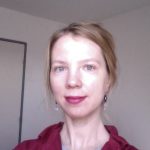 Postdoctoral researcher at the Center FrancoPaix