Research scientist at the CNRS, working at the National Museum of Natural History / Sorbonne University

Facebook Twitter Link
Copied to clipboard
“In Season” rooftop farm in Johannesburg in 2018, where hydroponics technology is used to save up water. (Photo by Guillem Sartorio / AFP)

Nowadays, intensive farming is widely criticized. In your opinion, what are the main risks associated with these production methods?

The capacity to feed the greatest possible number of people, which has been successfully achieved through intensive farming, comes with a number of drawbacks. In particular, due to the highly energy-intensive and polluting practices involved, these include heated greenhouses, process mechanization, and the often large-scale use of inputs such as fertilizers and plant protection products. Furthermore, it raises questions about long-term health issues, both relating to environmental pollution (of the air, soil and water), and the consumption of such products.

Specifically, the intensive farming sector has been accused of supplying products contaminated with numerous pesticides, which accumulate in our bodies, potentially causing certain diseases over time, such as cancer. Moreover, the practice of choosing to grow crop varieties for their productivity and robustness rather than for their nutritional value, has also been a source of criticism.

Although food sufficiency has been achieved today, at least in developed countries, legitimate concerns are still being raised about the quality of our food and about our capacity to adapt our agricultural model to cope with climate change. It is important to produce a diverse range of crop varieties to help combat global warming, as species can be selected for their resilience to climate change, whether directly, because of their ability to withstand higher temperatures or, indirectly, because of their resistance to novel diseases.

Conversely, on intensive farms, production tends to be limited to a few highly-productive crop species, produced in monoculture to facilitate process mechanization. This has been particularly harmful to biodiversity, whose dramatic decline is currently considered to be among the most significant factors in environmental degradation.

Is the afore-mentioned threat also affecting countries in Latin America or Asia?

There is no doubt that such excesses can be seen all over the world and clearly demonstrate, firstly, the limits of the production system and, secondly, the need to treat food security as a global issue, one which goes way beyond national borders.

As a result of high demand, many regions have abandoned traditional crop farming for mass food production, mainly for Western markets (and mainly to meet livestock needs), which has devastated entire ecosystems: tropical forests in the Amazon and Indonesia have been destroyed to produce soy, corn and palm oil, with Indonesian mangroves ravaged to make way for shrimp farms. Such practices not only put plant varieties at risk, but hundreds of animal species are also under threat (orangutans, tigers, elephants, etc.).

Fortunately, the ecological devastation has begun to attract enough media coverage to raise awareness among consumers, however, such systems are unsustainable and appear doomed, even in the short term: significant declines in crop yields are already being reported in deforested areas of Brazil, due to the sudden disruption to ecosystems. In addition, the climate hazards associated with global warming are only going to exacerbate this situation.

Has intensive farming had any historical advantages nonetheless?

Clearly, it is important to remember the origins and initial purpose of intensive farming: after the Second World War, there was an urgent need to maximize productivity within the agricultural system, both in terms of human resources and the amount of land cultivated. Otherwise said, the aim was to produce more with less land and labor, an initiative known as the “green revolution”. This increase in crop yields allowed farmers to reduce production costs, thus ensuring access to cheap food for the entire population, while limiting the land reserved for farming. This resulted in a correlative increase in the rate of afforestation in France, despite the expansion of urban areas.

How would you describe the agriculture of tomorrow?

Debates are often reduced to binary arguments about “conventional versus organic farming”, (at least among the general public), however, a wide variety of new practices are gaining ground: organic farming, integrated farming, biodynamic agriculture, soil conservation farming, permaculture, agroecology, hydroponics, and ecologically-intensive agriculture, among others. While there are many advocates for these techniques, they also have numerous opponents.

Meeting the need for “quality” food, which is not just good for our health, but also for the environment and the role of producers, is a major societal and ecological challenge. There is no perfect “universal” system applicable to all, and these diverse practices need to coexist to ensure food security for the future. To achieve this, agricultural research institutions and government officials must work together to implement the best local strategies for developing resources, in a fair and sustainable way.

While it is not just about production issues, estimates state that almost a third of agricultural products globally are not consumed, it is clear that one of the most important areas for improvement of our production systems lies in reducing food waste!

What’s more, climate change is only going to make this situation worse. According to a recent report by the Food and Agriculture Organization (FAO), climate change poses a threat, not only to crop supplies (food security), but also to their quality (food safety). Rising temperatures lead to a redistribution in the spread of diseases and other crop pests; salmonella is able to survive better; and food is contaminated with heavy metals (arsenic in rice, mercury in fish, etc.) because of higher air, soil and ocean temperatures. It is essential that food strategies are developed to combat all of these issues.

Do you also see these new alternatives being adopted in the Global South?

The Global South has a different problem. “Conventional” farming to ensure people’s food security, both relying on a wide variety of crops, and a large workforce, is often combined with commercial operations which are forced to adopt intensive agricultural methods to remain competitive on the international market. For economic reasons, the temptation to rely on intensive practices is far greater, with traditional farming suffering as a result. The demand in the West for trendy new foods, such as avocado or quinoa, can have grave consequences on the environment and society, with farmers either being harassed by drug cartels (as is the case in Mexico) or under pressure due to market fluctuations.

Therefore, the consumer (or “consum’actor”), has an active role to play, though the choices they can (and must!) make, not only to support local farms, but also to buy external products delivered via fair and sustainable supply chains.

What does this mean for our diet?

The scenarios put forward tend to fall between two extremes. Firstly, there is a trend towards “hyper-technologization”, with 3D food printing, in vitro-grown meat and eggs, GMOs and insect steaks. Promoted by a number of start-ups, this business is currently booming all over the world, backed by rounds of fund-raising involving dizzying amounts of money. Alternatively, there is the option of continuity, which means simply doing what humans have been accustomed to doing for thousands of years, i.e. cooking “homemade” vegetarian or meat-based meals.

In addition to making such primarily cultural choices, there is a growing and essential trend for people to reduce their calorie intake and eat a more well-balanced diet, incorporating more vegetarian food, which has both health and environmental benefits. A more frugal approach to eating and the return to a largely plant-based diet appear to be the two most effective drivers for improving consumer health and reducing environmental impact, while providing essential micronutrients and reducing the resources consumed.

In your opinion, what are the obstacles to agricultural change?

If I were resorting to satire, I’d say that everyone wants farmers to change their practices, but no one wants to be a farmer! “Farmer bashing” is becoming increasingly popular. Many people are willing to preach about what should be done, but few are prepared to actually take any action.

Fortunately, there is real hope for change among industry professionals, with the majority being well aware of the need to adapt their farming practices. This presents both economic constraints and cultural barriers because (re)conversion is expensive and there is a huge need for training and support.

In any event, the only way of overcoming this problem is to combine our strengths and expertise, and adopt a variety of different production models, rather than trying to convince people that one particular production method is better than all the others. However, consumers also need to play their part and encourage companies, through their buying habits, to adopt the most promising new approaches. 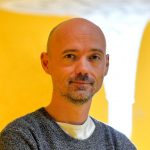 Research scientist at the CNRS, working at the National Museum of Natural History / Sorbonne University