Honorary General Engineer of Agricultural Engineering of Water and Forests

Agriculture and biodiversity go hand in hand. Developed by humans approximately 12,000 years ago, agriculture harnesses all dimensions of biodiversity, from genes and landscapes, to the capacity for biomass production and services. However, the number of species contributing to the world’s food has been reduced in favor of the most productive species, which has led to major changes in the environments used for their production. When poorly managed, agriculture can lead to pollution, soil erosion and the loss of wild biodiversity, thereby reducing the future productive potential of farmlands, even as global demand for food continues to grow. The deterioration of biodiversity is therefore a threat to the world’s supply of food and global agriculture.

Birth of the “biodiversity” concept

It was also in 1992 that the Convention on Biological Diversity was signed, the first text of international law to define “biological diversity” and recognize it as a value that States must protect. It was defined as the “variability among living organisms from all sources including, inter alia, terrestrial, marine and other aquatic ecosystems and the ecological complexes of which they are part”.  For a long time, the Convention had a limited scope. It only began to be practically applied in certain countries (including in the United Kingdom, New Zealand and Australia) at the end of the 1990s and in certain supranational communities like the European Union.

Agriculture, the main cause of the decline in biodiversity

The latest report from IPBES, published in May 2019, points out two excesses in intensive production methods which are now well-documented: the excessive use of pesticides and chemical fertilizers and the increase in the production of plant proteins for animal feed. The production of this type of protein primarily affects areas such as tropical forests, which are home to a great wealth of biodiversity.

The development of French agriculture in the second half of the 20th century illustrates the political choices which led to the emergence of agriculture as we know it today. In order to pull France out of a context of food shortage and dependency following the war, we sought to develop the country’s agricultural productive capacity at all costs. This objective was reached in the 1970s, with France becoming the second largest agricultural power in the world. However, with this growth came the widespread use of mineral fertilizers and pesticides, the specialization of production on a limited number of crops, and the simplification of cropping patterns.

In Europe, the abundance and variety of species present on agricultural lands have long been declining. For example, since 1990, populations of farmland birds and grassland butterflies have decreased by more than 30%. So how can the decline of biodiversity in Europe be stopped? While some believed that contribution to the common agricultural policy (CAP) would prevent the loss of biodiversity on European farmland, a recent 2020 report from the European Court of Auditors shows that this has not been the case.

The European Court of Auditors believes that the requirements associated with direct payments of the CAP have had no impact on agricultural practices. This is a problematic assessment, given that the majority of the resources allocated by the Commission for the safeguarding of biodiversity come from the CAP. The Court of Auditors recommended that the Commission improve the coordination and design of the European Union’s post-2020 biodiversity strategy and strengthen the contribution of direct payments to farmland diversity. Since then, the EU has established objectives for 2030 in a nature restoration plan.

For a new CAP: a tool for restoring European biodiversity

There is an urgent need to make the CAP a means of restoring and protecting biodiversity in Europe. The commitments of the nature restoration plan must result in effective measures within the CAP. It would also be particularly helpful to develop reliable indicators to assess the impacts of the CAP on farmland biodiversity. Finally, the platform Pour une autre PAC (For Another CAP) proposes that the CAP provide adequate funding to farms with agricultural practices that preserve biodiversity and implement incentives for the transition towards agroecology.

All these measures should make it possible to move towards a new common agricultural and food policy (CAFP) compatible with the environment, the climate, and animal welfare. An EU agricultural policy of this kind would finally provide farmers with the means of supporting biodiversity on their land and ensuring food security in the future. 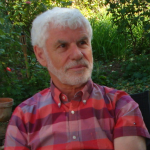 Honorary General Engineer of Agricultural Engineering of Water and Forests