Facebook Twitter Link
Copied to clipboard
A rural farmer in He Qing Yunnan, China. The country should recognize the importance of smallholders as fundamental drivers for a change towards more sustainable agriculture. Photo by: Hong Meen Chee / WorldFish

Food supply security is a priority issue for China. The risks associated with the strategy that would involve relying on increasingly volatile global markets to feed over a billion people prompt the Government to maintain high objectives for national agricultural production in its successive 5-year plans. However, these objectives are difficult to achieve due to the scarcity of the country’s resources. Indeed, with only 7% of arable land, China needs to feed almost 20% of the world’s population. In addition, the country has a relatively low amount of water resources, which are unevenly distributed over a territory that has vast desert areas (Gobi Desert) and where the north-east is marked by recurring droughts (which are expected to worsen due to climate change).

Faced with the increase in food demand brought about by population growth and, especially, urbanization and the rising living standards of the population, China has been forced to increasingly resort to imports. In 2004, its agricultural trade balance became negative and has constantly worsened since, putting the issue of an agriculture intended to be modern and productive back at the center of political questions.

In addition to this first issue of production, there is also the question of improving the standard of living of a rural population that has remained relatively marginalized from China’s “economic miracle”, which could be a significant growth driver for the country. To address this situation, the Government has devoted considerable efforts to rural and agricultural development, which has been the subject of almost all the N°1 Documents[1] published between 2004 and 2015. The guidelines set out in these documents have gradually led to a dominant paradigm of modern agriculture being imposed, characterized by two main objectives – food security and economic development – and three main implementation tools: scientific and technological development, the involvement of companies and rural exodus.

What sustainability for Chinese agriculture?

The dissemination of this dominant model has major consequences on the sociological structures of agricultural production. In particular, the systematic encouragement of companies to play a role — especially agri-food processing companies located in rural areas – contributes to crystallizing pre-existing local relational structures. Securing the sustainability of these structures contributes to perpetuating a high level of marginalization among smallholders who, however, constitute practically the entire agricultural labor force.

In terms of the environment, the productivist model of large-scale, input-intensive farming, which is supposed to achieve the aim of food self-sufficiency, puts pressure on resources (soil degradation, eutrophication, loss of biodiversity…) and has an effect on the health quality of agricultural products. While a number of agrifood businesses are today working to improve their suppliers’ production practices to ensure that products are healthier and safer, particularly via training sessions, the marginalization of the smallholders who produce them restricts their possibilities of communicating and actually developing their practices. The modernization process does not change the interests of the latter, for which the massive use of pesticides and fertilizers continues to be the best option. Smallholders are enclosed in their low social status and cut off from the final consumers. They have little incentive to change their agricultural practices.

Finally, systematically encouraging the rural exodus raises the issue of the possibilities of integrating agricultural workers that have been retrained in other economic sectors in a context of slowdown. It is also likely to have repercussions on agricultural production, especially in certain regions that are already strongly affected by the disappearance of the labor force.

Alternatives to the dominant reference of China’s agricultural modernization are today limited to certain sectors or certain parts of the country, which are enclaves of innovation, like “CSA”[2] in Beijing. There is little hope that these alternatives will call into question the dominant model of large-scale industrialized Chinese agriculture for two main reasons.

Firstly, the Chinese CSA is similar to a model of farms that produce and deliver organic products to a wealthy, health-conscious clientele, much more than to an aware population who is not only eager to have quality products, but also to have a positive impact on the rural development of regions that are located on the outskirts of their city of residence. Furthermore, there continues to be a strong separation of tasks in the Chinese CSA (mainly created by people who have never been farmers before), between “farmers” and non-farm employees, and the model does not offer a social alternative to the status of farmer.

It is necessary to analyze the sociological and behavioral obstacles to the actual development of farming practices in order to channel production models towards more social and environmental sustainability. Far from being a sufficient condition for change, the political implementation of capital-intensive “modern agricultural models”, based on technology and the agro-industry and focusing on productivity, can, on the contrary, have lasting effects on the creation of paths of dependence which are subsequently difficult to depart from.

The release of the World Development Report 2015 “Mind, Society, and Behavior” is a major step forward for the integration of human factors into the development of economies. However, it would be necessary to conduct further research, especially on technical solutions to promote the role of smallholders in agricultural transitions towards more sustainable systems from an environmental, social and economic point of view.

China, for its part – and in China itself, especially local governments – should recognize all the importance of smallholders and the agricultural labor force as fundamental drivers for a change towards more sustainable agriculture: their recognition is the cornerstone for the transformation of practices. While the recent promotion of family farming is an encouraging sign in this sense, much still needs to be done to enhance their status. 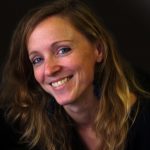