What is the most effective way of meeting demand for agricultural credit in Morocco, a country where there are large-scale farmers, but also smallholders and medium-sized farms, which are unserved by traditional banks? Groupe Crédit Agricole du Maroc (GCAM), one of the kingdom’s four largest banks, is promoting reflection on meso-finance solutions, as explained by Mustapha Ben El Ahmar, Director of its Center for Studies and Research (CERCAM), and Mariem Dkhil, GCAM’s Director of Sustainable Development Financing.

How do you account for the mismatch between supply and demand for agricultural credit?

Financing for Morocco’s agriculture is structurally complex and needs to be adapted to a number of constraints, such as the diverse needs which have to be met (variety of crops and size of farms), the geographical fragmentation of farms nationwide, the difficulty of physically getting to farms, not to mention the economic and environmental risks (climate hazards, diseases, price volatility, etc.). These constraints are even greater when the farm is small and the farmer is often illiterate (as is the case for 28% of the population over 10 years of age in Morocco), or has a low level of education.

That being said, mismatch between supply and demand for agricultural credit in Morocco is not the right term to use, as every effort is made to closely meet the needs of the target client base. 20% of the base of 1.5 million farms in Morocco, covering 10 million hectares, fit in with the standards and services of traditional banks. 40% are very small farms which derive the bulk of their revenue from farm-related or off-farm activities (trade or craft activities) and for which the instruments of the ARDI Microfinance Foundation, launched in 2006 by Groupe Crédit Agricole du Maroc, are suitable.

The remaining 40% are medium-sized farms which do not fit in with either a traditional banking approach, due to the lack of collateral, or a microfinance approach, given their needs. We launched a new subsidiary for this segment in late 2010, Tamwil el Fellah (which means “Smallholder Financing”). We use the term meso-credit in this case.

What is your average loan size and do you achieve good repayment rates?

For the commercial segment of the market, there is no credit limit and the rates are negotiable.

Some 70% of agricultural SMEs in Morocco have less than 5 hectares and are located in rainfed agricultural areas, with a high climate risk. They generally benefit from agricultural loans averaging less than MAD 100,000 (EUR 9,300), with interest rates ranging between 5% and 5.5%. If there is no collateral, they are served by our subsidiary Tamwil El Fellah, with rates of between 8% and 8.5%.

Micro-holdings, which partly make their livelihood from agriculture, but especially from other activities (craft activities, tourism, trade), are financed by the ARDI Microfinance Foundation, with agricultural loans averaging MAD 5,000 (EUR 465), which can be up to a limit of MAD 50,000 (EUR 4,650).

What are the persistent difficulties on the Moroccan market?

The main difficulty relates to agricultural land: 75% of it is admittedly privately owned, but the level of registration remains low. Indeed, the majority of smallholdings are justified by traditional legal acts which have no value as a guarantee under Central Bank rules. Furthermore, 25% of them have obsolete legal statuses. For example, the collective land and Guich land – some 2.2 million hectares – belong to an ethnic community and are managed individually through a right of use. The “Habou” land – some 100,000 hectares – is owned by the Ministry of Islamic Affairs and privately leased. It is consequently difficult to build investment projects and develop agriculture.

The second difficulty stems from the agricultural insurance system. It has made considerable progress, but currently only covers 1 million hectares, i.e. 10% of cropland.

The third difficulty relates to the size of smallholdings and the low level of cooperative groups or other groups, as well as the lack of connection between upstream farming and downstream commercial and industrial activities. On this point, credit should be given to the Green Morocco Plan (GMP), which has made these two components major areas for operations and progress.

The fourth difficulty is due to the advanced age of the heads of holdings and their low level of education. This limits actions for technical training, building capacities for management and transferring new technologies. This fact also raises the issue of succession.

Finally, the environmental and climate constraint is increasingly being felt. The majority of Moroccan agriculture is rainfed, with only 20% of the usable agricultural area irrigated. Farmers will need to adapt quickly, as the changes caused by the climate are already visible. There is, in addition, the reduction in groundwater levels and its pollution, soil erosion and its salinization, and the loss of biodiversity.


How can the risks related to your activity be reduced?

Large-scale farms have the necessary collateral, which gives them easy access to bank credit and other sources of financing (stock and bond markets, investment funds).

However, for agricultural and rural microenterprises, the complexity of the land issue means it is necessary to secure loans in other ways, such as locally (regular visits to the client, supervision of funded activities in the field), or through the quality of the range of services and after-sales service (matching of maturities with the repayment capacity and periods, simplicity of the procedure, responsiveness to client demand and rapidity in setting up loans). In addition, we have set up a guarantee fund for our Tamwil El Fellah structure, with a partial risk coverage by the State, capped at a level of outstanding amount per client.

Which countries do you feel are models in terms of agricultural credit, in Africa or elsewhere?

In all modesty, we think that our economic model is successful and profitable! Unlike the other former Caisses nationales de crédit agricole in Africa, many of which have filed for bankruptcy, Groupe Crédit Agricole du Maroc has developed by continuously adapting its strategy, organization and governance, by innovating in risk management, and by anticipating in terms of the reality of its environment.

The strength of our model lies in its integration into and synergy with Morocco’s overall agricultural and rural ecosystem. It is transferrable, particularly in Africa due to similar constraints (high proportion of agricultural microenterprises, climate risk, complex agricultural land situation, limited agricultural insurance), the sociocultural proximity (level of education of the population, appropriate technologies) and Morocco’s secular relations with the south of the Sahara.


In your opinion, what are the three most promising innovations in microfinance?

The meso-credit mechanisms are a major innovation, as they bridge the gap in the range of products between microcredit and traditional bank credit.

The scoring or rating systems for farms also create entirely different conditions: they allow a regular supervision and detailed knowledge of the client, with improved agricultural risk management.

Finally, digitalization, as it contributes to providing banking services to agricultural and rural populations, while helping reduce the cost of services.

The agricultural revolution, which is essential in Africa in order to increase productivity and incomes, but also to preserve natural resources and address a major population increase, will not come about without diverse financing methods and effective access to credit in rural areas. A number of studies highlight the fact that the mismatch between supply and demand for agricultural credit is one of the reasons for this low level of financial inclusion.

In view of this, Agence Française de Développement has been developing a range of tools in its countries of operation for several years. The aim is to support banks and microfinance institutions involved in financing agriculture and its related activities.

In addition to its range of financial tools (credit lines and technical assistance to partners), AFD wishes to support the development of this community of agricultural finance actors. It thereby offers its partners a unique framework to share experiences and good practices in terms of financing agriculture in Sub-Saharan Africa and the Maghreb region via face-to-face technical workshops (in Paris in 2015 and in Rabat in partnership with Crédit Agricole du Maroc in 2016), but also exchanges in digital form (webinars). Over the past two years, the exchanges of this club have focused on access to agricultural credit, innovations in agricultural finance (index-based micro-insurance, mobile banking, financing agricultural value chains, etc.), the role of financial institutions as vehicles for agricultural public policies, the social and environmental responsibility of financial institutions, and bank tools for monitoring the climate impact of investments.

Two institutions which are members of the club (Crédit Agricole du Maroc and Caisse d’Epargne et de Crédit Agricole Mutuels de Madagascar) have shared their views with ID4D about the difficulties they have experienced and the promising innovations they have implemented, or wish to implement, in order to address these difficulties. 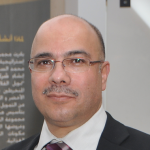 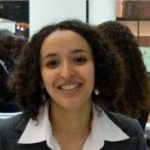