Facebook Twitter Link
Copied to clipboard
A Unemployed Graduate of South Africa holds a placard and raises her fist while staging a demonstration at Church Square in Pretoria on August 14, 2020 (Photo by Phill Magakoe / AFP)

With the COVID-19 crisis, Africa has experienced an unprecedented economic shock. Despite the efforts made by the authorities to support their economies, the measures deployed have been tiny compared with the recovery plans applied elsewhere, notably in the developed countries. The recovery that is taking shape therefore runs the risk of being uneven, widening the differences within Africa itself and between Africa and the rest of the world. How can this be avoided? Beyond the support already deployed, there is an urgent need to find lasting solutions to finance Africa’s economies.

The African economy: recovery is in sight

First some good news – the year 2020 turned out better than expected! The region’s recession reached 1.9% in 2020, compared with the 3% feared just six months ago. Furthermore, the most recent forecasts from the IMF speak of a substantial recovery in 2021, with +3.4% growth expected for sub-Saharan Africa (a figure that was also revised upward from the October estimates).

Several factors will contribute to sustaining Africa’s recovery, including the progressive lifting of social distancing measures, the resumption of world trade and the increase in the cost of raw materials, and improved terms and conditions for financing.

The situation in North Africa is rather mixed, as the petroleum exporting nations (Algerian and Libya) suffered from a strong recession last year but can hope to rebound substantially. Morocco and Tunisia will also enjoy a rebound (growth around 4%), despite the ongoing recessionary effects of the tourism sector in 2021.

On an aggregated basis, after a panic and a flight of capital at the start of 2020 (reaching 5 billion dollars in the first half of the year), capital inflows have picked up again (up to 80%) and the yield gap for African bonds has tightened.

A lasting shock to the economy

African economies were nonetheless hit by the worst recession ever recorded in 2020. It will take time for the consequences of the shock to dissipate, given their unprecedented scale. The cumulative production losses due to the shock could well reach nearly 12 percentage points of GDP in 2020–2021, with significant consequences for employment (already down by 8.5% in 2020).

Furthermore, income per inhabitant will not return to its pre-crisis level until between 2022 and 2025, depending on the country, leading to an increase of poverty by 32 million people in sub-Saharan Africa alone.

There have also been serious consequences in terms of education: as distance learning is inaccessible to most African students, they lost on average 60 days of school, three times as many as in developed countries. According to the World Bank, school closings in Africa will cost governments nearly 500 billion dollars, not counting the painful long-term effects on all the generations whose learning and socialization have been lastingly reduced due to the crisis.

The risks of a two-speed recovery in Africa

The risk is notably that of a two-speed recovery, both between African economies and in relation to the rest of the world.

On the continent, the economies that have been hit the hardest by the crisis will take longer to get back to normal.

This is especially true for those that depend on their extractive resources – notably the continent’s two leading economies (Nigeria and South Africa), which were severely impacted in 2020 by the drop in the demand for energy. The rise in the prices of raw materials at the beginning of the year brought a breath of fresh air: the barrel of oil rose back up to 60 dollars in the first quarter, vs 40 in 2020, and metals gained 40% compared to their low point in 2020.

But in the medium term, those countries that do not depend on extractive resources and their prices are indeed the ones that will come back the strongest. Likewise, countries that rely on tourism, which was sharply affected by border closings in 2020 and the halt of international flights, are still being penalized today by the health restrictions that continue to be applied in many areas around the world.

Africa, the most severely affected region of the world in 2021

Growth worldwide could in fact reach 6% in 2021, nearly twice Africa’s level. The difference in GDP per inhabitant in the region compared with developed countries is growing, impeding the region’s path toward convergence (see graph 1).

One of the reasons for this lies in the size of the recovery plans deployed here and there. On average, they only amounted to 2.6% of Africa’s GDP in 2020, compared to nearly three times as much in developed countries (see graph 2).

Prioritization efforts by the authorities and support from the international community – through supplementary financing by donors and initiatives such as that taken by the – have preserved essential spending and provided support to small businesses as well as the most vulnerable households. But governments have been limited in their capacity for intervention due to their sharply reduced budgetary leeway.

And the crisis has limited their leeway even more. On the one hand, the debt facing African countries has grown, reaching 58% of GDP in 2020 (+6 pts in one year), and the risk of over indebtedness has increased with the shock (e.g. Ethiopia, Kenya, Uganda, Chad, Zambia, etc.).

Furthermore, central banks, which had provided monetary support to the economies in 2020, are now being more careful due to the risk of rising inflation (11% in 2020).

Substantial additional financing will be needed to compensate for the losses brought on by the crisis and to ensure a solid recovery.

According to IMF estimations, the need for additional financing for African countries to compensate for the losses brought on by the crisis and to ensure a solid recovery amounts to 425 billion dollars for the 2021–25 period.

These new avenues could provide substantial support for African economies. Among these, Eurobond issues resumed at the end of 2020, with large-volume operations notably carried out in Côte d’Ivoire, Ghana and Benin. While they have made it possible to buy back existing bonds and to reduce refinancing risks, these bond issues could also cover part of the response to the crisis and finance priority investments.

The often-high financing cost for these operations (with interest rates between 5 and 10% in euros), however, dictate financing only those investments with high collective performances or replacing debts at even higher rates to avoid a “snowball” effect on public debt.

Another possible source financing is the new 650-billion-dollar Special Drawing Rights (SDRs) allocation that is planned. This will provide 23 billion dollars for sub-Saharan Africa, and some ten billion dollars pour North Africa. This is a considerable amount, notably in relation to the current IMF program (4 to 5 billion dollars for 2021).

The challenges facing the Paris Summit

One of the challenges facing the International Summit on financing for African economies scheduled for May 18th in Paris will be to release this bond issue. Actions by African governments also need to receive greater support from other financing channels, such as public and private banks, caisses de dépôts et consignations (Deposits and Consignments Funds), and public-private partnerships that are well managed.

It is not a question of increasing the risk of government over-indebtedness. The 95 public development banks in Africa, for example, are capable of raising funds and mobilizing domestic savings without adding to government debt.

While the large-scale mobilization of finances in 2020 has already contributed to cushioning the scope of the economic shock in Africa and its human consequences, it is still crucial in the coming period to enable Africa to remedy its social crisis while undertaking the necessary environmental transition.

Jason Hickel (part II): “Going out of the crisis, we can have a recovery without growth.” 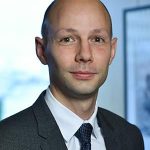 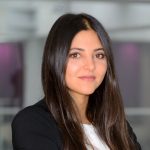