In your opinion, which aspect of public health gives the most cause for concern in Africa?

90% of children living with HIV around the world are African. Even if there are many major health-related issues in Africa, this figure should really give us food for thought. So should the fact that in the Sahel region, a child dies every five minutes from an avoidable and curable illness, such as diarrheal diseases or measles.

There is a trend in many African countries to set up universal health cover mechanisms to provide access to healthcare for all individuals and households, in particular thanks to payment exemption protocols for the most vulnerable populations. I am working on Unissahel (Universal Solidarity Sahel), a project which is along these lines. It concerns four countries: Senegal, Mali, Niger and Chad. This AFD-financed project comprises a team of some forty people, who are experts from both the North and South. I am coordinating the “Governance” working group, with Mame-Penda Ba, a Senegalese Professor at Saint-Louis University in Senegal.

These types of initiatives led by donors are useful in making headway on the issue of universal health cover, but it must be stressed that political leadership at national level is extremely important. The most effective policies are not those entirely dictated by international partners, but those which are developed under the essential impetus of national public authorities and tailored at local level with all partners.

The example of the family security grants which Senegal allocates to the most deprived populations shows that the State can be proactive. This policy has an interesting impact, even if the amounts are not high. Heads of households can take themselves in hand and use this assistance for the most important expenditure items for the family. It shows that it is wrong to think that if you give cash assistance it will not be properly spent, and that it is better to give medicines or rice. And this is just one example of the recognition of the economic intelligence of households.

Is the crucial aspect of local leadership the main finding of your studies?

Indeed, we see the persistence of disastrous situations in countries which have invested little in public health in Africa. For example, this is the case with Cameroon, a country with one of the highest maternal and child mortality rates in the world, whereas there is no real civil war or lack of public resources. In fact, health programs in this country are not making any progress for reasons related to their implementation and political will, which does not only depend on financial resources. Chad was way behind, but has made a lot of progress in the past four years in terms of maternal and child mortality. We do not see such results in Cameroon, despite the fact that it has more resources.

In my research, I have set up a tool which studies the presence of all development partners (donors, technical cooperation, NGOs, etc.) among public authorities in Africa. This makes it possible to determine the most decisive factor for the implementation of public health policies. The results show that the acuity of a public policy depends on the will and the autonomy that public authorities give themselves to implement it. It is not necessarily a question of money, but more of the balance of power.

What do you think about the prescribing discourses about what Africa should do in terms of public health?

These discourses are understandable, although a little tiresome. Their results are also often paradoxical, as they are evaluated based on what has been recommended from outside, often failing to mention local initiatives or original national dynamics. In the fight against AIDS, for example, certain countries such as Botswana, Uganda and Senegal, have tried to implement active national prevention and treatment policies in connection with local epidemiological and social dynamics.

The example of Senegal in the fight against the Ebola virus seems exemplary, even if it is contested. We tend to think that it was a stroke of luck that there was only one confirmed case, a boy who left Conakry for Dakar and who came across existing health facilities. The fact that these facilities were there changed everything. If he had gone to another country, it would have been a disaster.

Each example of success shows that the public authorities are an essential center for action. We need to be able to rely on public policies and leaders who are accountable to their electors and constituents. In my view, it is essential to do our utmost to strengthen public authorities and ensure that human rights and the right to life are respected. The return of the post-structural adjustment State must not remain temporary.

You took part in the second edition of the Thinking Workshops in Dakar in November 2017. What did you learn from them?

These workshops prove that there is a lot of vitality and talent, and a major concern for thinking about the African continent around the world. The diversity of backgrounds, disciplines and professions of the participants led to a great profusion of ideas and reflection.

This energy makes us stop and think about the strength that can be drawn from our own vulnerability. This is what struck me when I listened to people who live or grew up outside Africa and have addressed Africa’s fate outside its borders. I found that those who work or have worked for a long time in Africa were basically more relaxed over issues of identity. This does not call into question the relevance of the questions of the “Afro-descendent” diasporas. They stem from a shortcoming which would appear to be simultaneously related to the situation of Africa and the representation that the world makes of it. This broadens the spectrum of the origins of the political concerns expressed by the Thinking Workshops.

Felwine Sarr : “The Thinking Workshops must firmly establish an open space for debate in Africa”

Personally, I could have addressed problems and potential solutions concerning Africa about what we today call “global health”, meaning the processes by which public health problems, epidemiological shocks and therapeutic and institutional advances are set out in international agendas. The Workshops provide a space where these issues can be discussed, especially as the organizers were completely open to proposals.

The Workshops this year focused more on the way in which Africa can be expressed and on the importance of deconstructing the discourses about it. But the everyday social and political issues of Africa shape one of the probable horizons for the next editions. The question I could add to the wealth of future discussions would be, for example: “How can we account for the fact that so many African children die”? Because it is a deeply political question which highlights structural inequalities at international level. 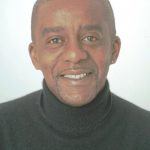