What are the long-term challenges posed by Africa’s “demographic transition” – i.e. the simultaneous decline in mortality and birth rates? The resulting so-called “demographic dividend” holds huge potential for economic growth, provided it is well anticipated, supported and managed, as explained by Mabingué Ngom, Regional Director for the United Nations Population Fund (UNFPA) for the 23 West and Central African countries.

What are the key figures for the ongoing demographic transition in Africa?

What Can Be Done for Africa’s Graying Population?

Will there be increasing differences between subregions?

These differences already exist. It is always useful to recall them. Africa’s total population was estimated at 1.2 billion people in 2015, including 395 million in East Africa, 350 million in West Africa, 217 million in North Africa, 143 million in Central Africa and 61 million in Southern Africa.

There are also significant regional variations in terms of fertility. The average fertility rate fell from 5.7 to 4.4 children per woman between 1990 and 2015. It fell to 2.3 children per woman in Southern Africa and 2.9 in North Africa, against 5.3 in West Africa, 5.2 in Central Africa and 4.5 in East Africa. Africa’s population is the youngest in the world as a result of these dynamics and will remain so for a long time to come.

Do you think that there is an African demographic “exception”?

Africa certainly does have a unique history, with an absolute decline in its population until 1950, due to the slave trade and the adverse consequences of colonization, with the import of European diseases and the exploitation of an unlimited labor force that could be used for any tasks at will. However, there cannot said to be a demographic exception on a continent where the demographic transition is simply happening later.

Furthermore, the situation is not homogeneous in Africa, as there are several demographies. From a migration perspective, for example, certain countries are departure points and others reception points. West Africa is characterized by an intense inter-country movement. In Southern Africa, South Africa is the main receiving country, while in Central Africa, inter-country population movements remain more limited.

Is there a risk of overpopulation on the continent?

No, there isn’t, even though in some areas the burden of habitat will exceed the capacities to provide the resources necessary for survival. Africa has sufficient potential to not be overpopulated in terms of both population density and population size.

What consequences will the explosion of megacities have?

In 1960, only Cairo and Johannesburg had more than a million inhabitants. Today, 57 cities have exceeded this threshold, the five most populated being Kinshasa (13.9 million inhabitants), Cairo (12.5), Lagos (10.8), Khartoum (5.2) and Luanda (4.8). While urbanization played a major role in the history of the development of European countries, in Africa, we see that cities are centers of extreme poverty in a context of profound cultural transition, combining traditions and modernity in a highly precarious situation. They develop another profile of Africans, the “urban poor”, who will need to be taken into account in order to model sustainable development, with populations who lack access to education, employment and basic services in slums and peri-urban areas.

Africa’s urban model is not a barrier to agricultural development if we return to basics: the primary role of agriculture is to feed the population. Once it has fulfilled this role, then it should turn towards exports.

What should we expect from the demographic dividend?

The demographic dividend leads to economic growth driven by the changing age structure of a population, with a decline in dependents (children and elderly people) and the increase in adults of working age.

Consequently, with fewer people to support, savings and investments are generated which can drive growth – provided that consistent public policies follow to preserve human capital, in terms of education and health!

The demographic dividend could generate exceptional economic growth in Africa, in the region of USD 500bn a year for at least thirty years, based on the Asian experience. This represents extraordinary potential to finance development. Investments are required to support the change in the structure of the population, help women’s empowerment, improve health – including sexual and reproductive health – and invest in education, including for young girls. Measures to create productive and decent jobs are also and especially necessary, as well as good governance measures.

Rather than controlling births, voluntary family planning should be promoted, based on human rights, whereby each person or couple chooses the number of children they want to have and when. That being said, each couple must bear in mind the responsibility of the maintenance of children.

Furthermore, policies for the spatial distribution of the population should, of course, be promoted in order to avoid disproportionate capitals which are home to a third of the country’s population, such as in Senegal.

The needs are already unlimited, on a continent where resources are not elastic. With 200 million inhabitants aged between 15 and 24, Africa has the youngest population in the world. The situation of this age group remains directly related to the education sector which trains youth. Yet education is marked everywhere by a high rate of school wastage, especially between primary and secondary education. In 2011, only 63% of girls and 71% of boys completed primary education. Even young people who have completed their studies are not sufficiently equipped for the labor market and are in vulnerable employment. According to the International Labour Organization (ILO), between 2000 and 2008, some 73 million jobs were created in Africa, but only 13 million for 15-24 year-olds. Young people are in a situation of permanent underemployment in the informal sector, where productivity and wages are low.

According to available data, in particular from the World Bank, the youth unemployment rate is often twice as high in “middle-income” countries: it affected 54.5% of young people in South Africa in the first quarter of 2016 according to South African national statistics and all signs indicate that this will be worse in fifty years, with 200 million additional young people. It is at this level that the concept of the demographic dividend is all the more important.

To invest and process raw materials on the spot is a matter of urgency. This is what is expected of the political measures to be put in place in the economy, with education focused on human capital formation and good governance measures. The future depends on the effective involvement of technical and financial partners, in addition to the private sector, in order to promote agro-industries and get out of the extractive rent, where there is low demand for labor. It is a question of configuring youth so that it can win this challenge.

But to a large extent, everything depends on the alertness of national authorities across the continent. A collective awareness has been achieved, set out in the African Union’s Agenda 2063 for Africa, concerning the potential violence of youth if it has no prospects. The challenge remains. African leaders must work harder to meet this strong social demand, as with no response from them, there are real risks of social explosion. 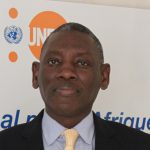