Facebook Twitter Link
Copied to clipboard
Refugees from Kara Tepe camp board a ferry in the port of Mytilene, at the island of Lesbos on Septembre 2020. (Photo by ISSOUF SANOGO / AFP)

Africa is now viewed as a land of economic and financial opportunity. The continent’s strong economic performance since 2000 has created a wave of optimism among international investors. This positive outlook has only been reinforced following the resilience of African economic activity amid the Covid-19 epidemic (-2.6% in 2020), compared to the impact on a global scale (-4.4%).

In light of this resurgence, African leaders have adapted their discourse to reflect the new economic aims of their respective countries. In most African countries’ national economic development plans, traditional objectives to reduce poverty or to improve socio-economic indicators have gradually given way to this goal of emergence.

Nearly half of African economies have set out a national plan to achieve emergence in the short-, medium- or long term. For example, the Plan for an “Emerging Senegal” aims to make Senegal an emerging country by 2035. In Gabon, (“Emerging Gabon Strategic Plan”), this objective should be achieved by 2030. In addition, Morocco’s industrialization strategy for 2009 to 2015 is based on a National Pact for Industrial Emergence.

A biennial International Conference on the Emergence of Africa, launched in 2015 by Ivorian President Alassane Ouattara, has also been established, aiming to “support capacity-building to prepare and implement emergence plans” on the continent. But can African countries on such a different development trajectory really be considered as emerging or in the process of emergence?

A handful of African countries are emerging… to some extent

Major players in the economic and financial sectors have been unable to agree on a single, commonly-accepted definition of emergence as a concept. Nonetheless, it is still possible to evaluate Africa against criteria widely accepted as being common to the first emerging countries, particularly those in Asia. These countries’ economies are characterized by a long period of sustained economic growth, a capacity for commercial and financial integration, and the adoption of an export-based development model founded on endogenous growth, which relies on the development of an internal market and dynamic internal consumption.

And yet, while some African countries are performing incredibly well in at least one of these areas, they struggle to meet all of these criteria. For example, Nigeria, South Africa and Egypt are the top three African economies in terms of gross domestic product (GDP). Because of their considerable size, these African economies are the main targets for foreign direct investment (FDI) after Mauritius. They alone account for 35% of Africa’s inward flows.

In addition, when measured against social indicators, some countries perform better than others. The countries with the highest growth rates do not necessarily attract the most investment, nor are they always the most effective at ensuring their people benefit from this accumulation of wealth.

Despite sustained economic growth over the past decade, Ethiopia, Rwanda and Tanzania are still playing catch-up, as these countries’ markets are still relatively small: in 2019, Ethiopia’s GDP was only 20% of Nigeria’s, compared with 15% for Tanzania and just 2% for Rwanda. Moreover, their performance on social indicators has not significantly improved, regardless of a reduction in poverty. These examples highlight the scale of the challenge to develop an inclusive growth model for African countries.

An emergence index for Africa

Hence why the vast majority of countries on the continent (except for South Africa and, to a lesser extent, Egypt and Nigeria) were not considered to fit the definition of ‘emerging’ until the 2010s. However, while it seems few African countries can be qualified as emerging at this stage, a number of economists and researchers have put forward new, broader definitions of emergence which include social, governance and infrastructure quality criteria.

These reworked definitions can thus be used to identify emerging countries in Africa. In addition to BRICS, and other rankings developed by rating agencies and investment banks over the past few decades, new models have been established which give African countries a little more leeway (such as BENIVM, to which Ethiopia and Nigeria belong), and which even focus solely on Africa, such as AKNEEM (South Africa, Kenya, Nigeria, Egypt, Ethiopia and Morocco). An African Emergence Index has also been developed.

Signing of the Kigali declaration on March 21, 2017 for the launch of the African Continental Free Trade Area / UN News

However, although positive dynamics are clearly at work in these countries, their trajectories cannot be compared to those of major emerging countries in the 1990s and 2000s. The emergence of African countries is not as reliant on an export-based model, where they would be forced to compete with these large economies in the short term, at least on a national scale. Furthermore, this is not the aim of most African countries with an emergence plan, their main objective being greater economic prosperity.

Beyond these national dynamics, Africa has the wealth of resources needed to emerge as a continent. This large-scale thinking can be applied to remove the obstacles currently hindering individual African countries, by expanding the size of the market, offering new economic opportunities and increasing the capacity for integration into international trade and finance markets. In the long term, Africa will be able to reap the rewards of its growing population, increasing domestic consumption, and eventually, synergies in its production.

African institutions are gradually being established to support this emergence. As regional organizations aim to increase their resilience, a first step has already been taken towards integration on a continental scale, with the establishment of the African Continental Free Trade Area (AfCFTA). A financial market is in the pipeline.

Africa is thus well on the way to emergence, without having to follow the development trajectories of newly-industrialized Asian countries or major “emerging” countries such as Brazil, China and India. By embracing the economic singularities common to many of its countries, Africa is set to chart its own course.

This article is inspired by a chapter from the book entitled L’Économie africaine 2021 (Éditions La Découverte, “Repères” collection), due to be published on January 28, 2021. 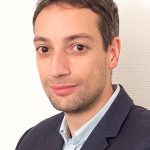