Who today would say that we can develop an energy policy without addressing generation issues “AND” energy efficiency issues, that we can consider transport without considering the development of routes “AND” means of transport (cars, buses, trains, etc.), that we can consider education without considering the construction of schools “AND” teacher training, etc.? It is the same in the environment sector. We should not consider the preservation of hotspots and the development of protected areas “OR” the sustainable management of productive and urban territories, but support the former “AND” the latter. It is even necessary to support the former “IN ORDER TO” improve the latter. Consequently, the objective is to give all actors the opportunity to meet the global challenge of fighting the degradation of the environment and, more specifically, of biodiversity.

The objective of protecting biodiversity has been subject to an official demand, notably by the 200 or so countries who are parties to the Convention of Biological Diversity (CBD), as reiterated in the Aichi Target [1].  In this respect, there is a need to preserve hotspots where biodiversity is scarce and at risk, provide effective support for the development of protected areas, which themselves aim to protect specific ecosystems, and biodiversity havens, but also restore ecosystems that are excessively vulnerable. A number of tools can be implemented for this approach to protecting biodiversity, from those based on the centralized administration to those mobilizing private actors, and including initiatives led by people from local communities. There are, however, a number of barriers to the preservation of this biodiversity that need to be identified. The contexts of action in developing countries (where a large proportion of hotspots are located) are often characterized by precariousness: rural poverty, extreme climate conditions, limited regulatory compliance, low level of political commitment and economic opportunities, etc. Consequently, new approaches constantly need to be devised, strengthened, adapted, etc.

Yet we are sometimes not aware of the solutions: What types of energy, what modes of transport do not pollute? And when solutions exist, the ongoing power relations, consumption patterns, lack of expertise and institutional capacities, etc. are all barriers to their implementation. For example, several kilos of wild fish are required to produce one kilo of farmed salmon, but today the consumer prefers to eat farmed salmon rather than the herring that are used to feed the latter. Another example is that a number of sectoral activities are today regulated from an environmental perspective, but the low level of institutional capacities provided for control missions often undermines the implementation of the latter.

These two approaches are therefore necessary. Yet they must also be considered together, as they are intrinsically linked. Devising and supporting one approach without the other will not work. It can even become counter-productive.

Activity in the agricultural, forestry, energy sectors, etc., clearly makes them cause environmental damage: for them, taking an interest in environmental issues is therefore partly schizophrenic. It is thus legitimate to expect them to do their utmost to counter their impacts. But this does not mean that we can think that these sectors alone will find a way to resolve the tension between them and the environment, especially because they often have a whole host of other difficulties to manage. It is, in fact, mainly under the influence, or even pressure, of actors working for the environment that their practices will actually be able to move towards environmental improvement. We see when we analyze each environmental issue on which progress has been made that there are one or several actors committed to the environment who have more directly made this progress possible. For example, if we look at the problem of poaching, which is currently highly publicized, it is primarily due to the impetus of conservation NGOs that the alert was issued and that negotiations are making headway. Another example is that it is mainly under the impetus of the administrative services in charge of the environment that we gradually saw hydroelectric dams equipped with fish ladders, allowing the restoration of migrating fish, etc. These actors, which one can refer to as environmental actors, in some way represent the backbone of the entire system. Yet NGOs, scientists, teachers, politicians, private companies, etc. alike all exist because they primarily act within the framework of a sector dedicated to the environment. Consequently, without an approach dedicated to the environment, they will not be able to participate in this “sectoral” interplay between actors, which is, however, necessary.

This is, of course, not the only factor that can bring about an improvement. Sectors that may potentially damage the environment are far from being homogeneous blocks that are resistant to change. Within these sectors, there are also tensions, spaces for exchange, and innovative approaches proposed by actors who are internal to these sectors and who are themselves capable of bringing about environmental change. In this case, we use the term “internal environmental actor”. For example, within the agriculture sector, some people lead initiatives that aim to develop more environmental approaches, such as organic farming or, more generally, agroecological approaches. These proposals give rise to experiments and active debates all over the world.

This reflection on the need to coordinate approaches opens up avenues for improving decision-making and action. It feeds into the strategic reflection of actors seeking to work for effectively sustainable development, particularly that of donors. A few ideas are outlined below:

1/    This reflection leads, for example, to giving (back) to the statuses of actors a specific weight when it is necessary to make a decision on the allocation of financing to one or/and another. For instance, support for agroecological development will no longer have the same effect if the targeted operator is an actor outside the agricultural sector dedicated to the environment (a sub-entity of the Ministry of the Environment or an environmental NGO, for example), or an actor from the agricultural sector who finds himself under tension within his sector because he demonstrates a real will to transform ongoing agricultural development, or if it concerns an actor who is typical of the “dominant” agricultural sector, who is simply expressing an agroecological commitment in addition to his traditional agricultural activities  (a minister of agriculture for example). It is not so much the theme carried by a given project that matters (sustainable energy, sustainable agriculture, sustainable urbanization, etc.), but also, or even especially, the type of actor who carries it.

2/    It also shows that support to environmental NGOs, environmentally oriented public authorities and environmental actors in general, which often lack resources, including human resources, is a prerequisite for the required overall improvement. The sector dedicated to the environment is still struggling to emerge, despite the fact that the progress achieved is far beyond what existed only twenty years ago. Our reflection has shown that it is even more legitimate to target our financing towards strengthening the action and capacity of these actors. The final outcomes will be both direct and indirect.

3/    Finally, this reflection underscores the fact that it would be relevant to further coordinate development assistance that is not dedicated to the environment with the environmental policies and actions that are implemented in our countries of operation. This would, for example, involve supporting a productive sector that is likely to make a commitment to environmental change by forging relations with actors who are external to this sector dedicated to the environment. It would also, for example, involve considering urban development and environmental protection together, and no longer independently, etc. Finally, it would involve facilitating this coordination within the targeted countries and, therefore, the necessarily heated exchanges and debates implied by the confrontation of environmental policies with productive sector policies.

Are additional resources required? It first involves making better use of existing resources. Out of the USD 6bn spent by donors for biodiversity [2]  in 2012, almost two-thirds were not earmarked for environmental protection, but were allocated to the environmental improvement of productive activities. Did this two-thirds really have the expected effects and would the environmental impact not have been stronger if the proposed coordination, the “AND” advocated for here, had been actively implemented?

However, given the scale of the challenge, additional financing is required, but where can it come from? What percentage of grants from donors or governmental entities from Southern countries is allocated to the environment? Is a reorganization required? Many also speak of innovative financing, which has become one of the major international topics for environmental reflection: new sources of financing, new mechanisms of action are thus on the agenda. There is particularly talk of payment for environmental services, clearing banks, etc. There is a lot of debate on this issue, underscoring the merits and weaknesses of these initiatives. Yet we cannot imagine that the overall budget of available financing could be eternally extended. Allocating more financing to the environment also means cutting back on other expenditure made in other sectors. This observation calls for the need to consider biodiversity in a strategic manner. Indeed, there is a real resistance to the change in allocation and it is far from being easy to overcome. This is also the case when we focus on the issue of the reform of so-called grants that are “harmful” to the environment. Indeed, is it relevant to take action in a country to preserve water quality (for example, by establishing payment systems for environmental services in Mexico in areas where the groundwater is overexploited and the forests severely degraded) if, at the same time, grants are maintained for farmers that encourage them to (over)use water in an unreasoned manner?

While effective solutions to stem the loss of biodiversity are slow in coming, there is nothing less relevant than to oppose a nature supposed to be “extraordinary” with a nature supposed to be more “ordinary”. Contributing to these (excessively) old and often ideological debates only leads to one thing: it generally weakens the biodiversity conservation sector and fosters the trend for environmental decline. It appears, on the contrary, necessary to envisage new horizons to strengthen our actions and make them more effective and more efficient. By proposing to go beyond the “OR” to focus on the “AND”, as well as on the “IN ORDER TO”, new areas for thinking, and thus for action, are possible. Will this vision be actively promoted by development assistance and will it find a way to be backed by, worked and applied by the relevant actors in the coming years?

[1] The “Aichi Targets” (there are 20) are the new “2011-2020 Strategic Plan for Biodiversity” for the planet, adopted by the parties to the Convention on Biological Diversity (CBD) in October 2010. 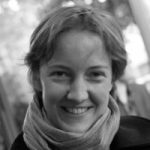