The ownership of the concept of a world in common can be attributed to the Stoics, like Epictetus, who professed that he had “the entire world as a homeland and no country in particular”. The emergence of the concept of the common world in the current understanding of the term is related to the period of great discoveries and the expansion of international trade. The achievement of the first circumnavigation by the Magellan crew in the 16th century radically changed the vision of his contemporaries: the world became a finite space. In the 17th century, Grotius laid the foundations for international law, in particular with his book The Freedom of the Seas, which defines the maritime space as non-appropriable and open to all nations to trade. The idea of the sea as “a Common” (in the sense of the term introduced by Ostrom in 1990 in Governing the Commons) is consubstantial with the idea of a world in common. The proliferation of voyages of discovery led to an increase in trade. Trade is one of the major themes of the thinkers of the 18th century who, such as Turgot, Smith, Condorcet and others, saw this mercantile activity as the best way to bring about peace between nations. The world in common is a peaceful world where people enjoy freedom of movement and unencumbered trade. It is Kant who took reflection on the concept of the world in common further, both as a moral imperative – thereby taking up the inspiration of the Stoics – and as a means to achieve peace on the planet. Kant, in a series of publications (Project for a Perpetual Peace, Idea for a Universal History from a Cosmopolitan Point of View, Doctrine of Right…), sets out his vision for a world in common governed by rights. Kant’s cosmopolitan right must make peoples and individuals pass from hostility to hospitality. This right results from the “(…) common possession of the surface of the Earth, where, as a globe, they cannot infinitely disperse and hence must finally tolerate the presence of each other. Originally, no one had more right than another to a particular part of the Earth”. Kant condemns the usurpation and land grabbing approaches by settlers. He refutes the idea of a universal super State, which could only lead to despotism, and advocates for a model of confederalism in which the specific characteristics of each nation can flourish.

In the aftermath of the French Revolution, a powerful movement developed in Europe, rejecting the ideals of the Enlightenment and human rights, at the initiative of Christian thinkers such as Burke. Later on, Fichte, Herder and Hegel, among others, brought about the creation of this movement of ideas on the concept of the nation-State. Nationalism is a creation of the 19th century, as well as racism as an ideology and colonialism in the modern sense of the term. The idea of a world in common was eliminated, in favor of the strength and cultural identity of the nation-State. The colonial empire is the attribute of the power of the latter. This movement of ideas eventually led to the great European wars. The League of Nations (LON), created in the aftermath of the First World War and supposed to maintain the world in a state of peace, thereby renewing with the Kantian ideal, was short-lived. The first thing Hitler did when he was appointed Chancellor in 1933 was to make Germany leave the LON. The Nazis, and the thinkers who accompanied them, such as Schmitt and Heidegger, hated all notion of cosmopolitanism in the Kantian sense and found the idea of a world in common despicable. Following the disaster of the Second World War and the Holocaust, the United Nations system was created by the victors to establish a global regulation, but the world entered into the Cold War. On the one side, the communist bloc advocated for non-democratic Leninist internationalism contrary to the Kantian ideal. On the other, the intelligentsia of the Western bloc, in a long series, which began with Horkheimer-Ador and the Frankfurt School, in turn lashed out at the heritage of the Enlightenment, which was portrayed as being responsible with the technique of all the ills of the 20th century.

Following this long eclipse, the idea of the world in common was revived with the work of the Club of Rome in the 1970s and the emergence of environmental issues. A key actor in this revival was the philosopher Habermas, who undertook a refoundation of the Enlightenment and took up again the Kantian theories, in particular by questioning the relations between law and globalization, as well as the meaning of notions such as human rights or the common heritage of mankind.

A future still subject to question

Environmental experts consider, and rightly so, that the issues are raised at global level and press for actions at this very same level. But they also often give the impression that they deem the advent of the concept of the world in common to be almost taken for granted, as it is necessary from a technical point of view. A number of these experts, living in a technocratic bubble, might well neglect the importance of the sociopolitical transformations at global level, which alarm many analysts. In addition to terrorism, we are witnessing a build up of ultra-nationalism, radical populism, communitarianism and cultural isolationism. For most of these movements, the notion of a world in common (and the coordinated management it implies) is a priori reprehensible as an instrument of the abhorrent globalization and universalism. At the same time, mafia economies (which have their own particular vision of the common good…) and international trafficking are flourishing. The United Nations system is ridiculed and weakened, including by major powers. The legitimacy of “human rightsism” is called into question on several continents. Alongside this crisis of values, in both the least developed and most developed countries, we are witnessing the proliferation of religious fundamentalists, new millenarians, sects, negationists, proponents of conspiracy theories… What these disparate actors have in common is the rejection of science and rationality, which in their opinion are suspect or even harmful, and they therefore deem the arguments of environmental expertise inadmissible.

In the end, the context defined by all these phenomena would appear to be moderately conducive to the rapid advent of the concept of a world in common which the sustainable development community is calling for. It could be argued that this concept will ultimately be established on account of the principle of reality and reason. It is desirable, and likely, although the history of mankind is replete with examples where neither the principle of reality nor reason have triumphed. As for the question of knowing on which common values this world in common may function, it remains particularly open. 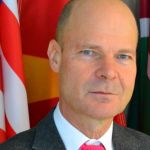