By 2040, Africa will be home to more than 2 billion people, including half a billion people added to its urban population. Its industry will also be in full expansion. The continent will thus experience a significant increase in its energy needs for industrial production, cooling (air conditioning of buildings, food and medical value chains, etc.), and transportation. In fact, Africa’s energy demand is growing twice as fast as the global average.

In its recently published report Africa Energy Outlook 2019, the International Energy Agency (IEA) pointed out that by 2040 oil consumption will grow more in Africa than in China. Natural gas consumption will also see steep growth.

The key issue for Africa remains how fast it can develop electricity grids and generation capacities, especially for renewable energy. Africa has installed only 5 gigawatts of solar photovoltaic, less than 1% of the global installed capacity, despite the fact that the continent enjoys 40% of global solar resources (all figures mentioned in this article are from our report).

A crucial task for policymakers is to address the persistent lack of access to electricity and clean cooking methods – as well as the unreliability of the electricity supply. These chronic problems have hindered Africa’s development. Nearly half of Africans (600 million people) lacked access to electricity in 2018, and about 80% of sub-Saharan African businesses suffer frequent cuts, resulting in substantial economic loss.

In addition, more than 70% of the population (about 900 million people) do not have access to clean cooking methods. Indoor air pollution from burning traditional biomass causes 500,000 premature deaths per year. Gathering firewood also contributes to forest degradation and represents a significant burden and waste of time, especially for women.

The momentum behind todays policy and investment plans is not yet enough to meet the energy needs of Africa’s population in full. And the continent-wide ambition to accelerate industrial development continues to be hampered in many countries by inadequate or unreliable energy services.

An African model of low-carbon development is possible!

The IEA has developed a long-term scenario called the “Africa Case,” which aims at inclusive and sustainable development, significant reduction of premature deaths linked to pollution, and achievement of the goals of universal access to electricity and clean cooking solutions consistent with the African Union’s “Agenda 2063”.

Our projections indicate that it would be possible to expand Africa’s economy fourfold over the next 20 years, all the while delinking economic growth from energy consumption. To move in this direction, African governments must implement strong public policies to help expand clean technologies and improve energy efficiency.

Such a low-carbon model can be made possible by increased use of renewable energy sources. In our Africa Case scenario, power from solar photovoltaic facilities exceeds that of hydropower and natural gas to become the largest sector in Africa in terms of deployed capacity (and second in terms of production).

Renewable energies are the most cost-effective

With new capacities throughout the region, deployment of photovoltaic energy reaches an annual average of nearly 15 gigawatt per year between now and 2040, a pace comparable to that of the United States over the same period. Our scenario indicates that renewable energy is also the most cost-effective way to provide access to electricity for millions of households that currently lack it, especially in rural areas, where solar home systems and mini-grids play a key role.

Huge progress is also needed in the area of energy efficiency. For example, the local car fleet is dominated by used vehicles nearly 20 years old with average fuel consumption of 8 L/100 km. Introduction of standards and age restrictions for vehicle imports would reduce this figure to less than 6 L/100 km.

Progress in energy efficiency also provides benefits that go beyond reduction in CO₂ emissions. For example, cleaner cooking methods, including use of LPG, will help solve the problem of inefficient combustion of biomass and consequently lead to significantly less methane and nitrous oxide emissions as well as a reduction in the number of premature deaths related to indoor air pollution.

Africa’s energy future: a political choice above all

Historically, Africa has contributed very little to global greenhouse gas emissions. Even with very strong growth in its economy and energy demand, Africa’s share of energy-related global CO2 emissions remains low, and by 2040 Africa will account for only 3% of total global emissions since the start of the industrial age.

The hopes for inclusive development described in our Africa Case scenario do not translate into a significant increase in emissions. While the region is a minor contributor to global emissions the region is already heavily affected by the impacts of climate change. Africa can become the continent where sustained levels of industrialization, urbanization, and economic growth can be possible with far less energy and emissions than in other parts of the world.

Africa’s energy future is not preordained: many pathways are possible, but effective policy choices can guide the continent to a more inclusive and sustainable energy future and accelerate its economic and industrial development 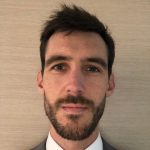