Charles Goerens, former Minister of Defence and also former Minister for Cooperation and Humanitarian Action of the Grand Duchy of Luxembourg (1999-2004), has been elected as a Euro MP several times. The first time was in 1982 under the Democratic Party (DP) banner. This former director of the Club du Sahel took part in a debate on inequalities at the European Development Days (EDD), which were held on 16 and 17 October in Brussels.

“Gaps between nations are narrowing, but remain strong, but inequalities are increasing within countries”, points out Charles Goerens, “A State which performs badly is the source of all inequalities – access to security, education, healthcare, etc… It has become commonplace to say this, but State governance plays the crucial role. I have therefore advocated for responsible development, with all stakeholders, not only private, but also public. Governments in our countries and in our partners’ countries must do their utmost to ensure that the State is close to the concerns of people.”

While the EDD focused on the private sector’s role in development, Charles Goerens believes that the challenges are also political. Indeed, the issue of “good governance” remains central, without there necessarily being cause for pessimism. “Let us be bold enough to mention the progress which is being achieved: Malawi is implementing endogenous development and is succeeding with next to nothing in developing social security, which is quite exemplary. In terms of debt management, Europe can learn from the horse pills administered to Africa in the form of structural adjustment. Today we can see that it is not easy to administer this treatment to oneself…”

Positive examples do exist, starting with the Global Fund to fight AIDS, Tuberculosis and Malaria, which has helped millions of people gain access to antiretroviral treatments. “At the beginning, twelve years ago now, people said it would be too expensive, but the price has been reduced 150-fold”, notes Charles Goerens. “You should never focus on what fatalists say, they are always wrong. I am not pessimistic to the extent of saying that there are no more solutions, but I am extremely concerned about what is going on in the Sahelian region. But the potential is there.”

During the EDD, the advocacy group ONE, created in 2002 by the singer Bono and supported by Bill Gates, actively pushed for the European Union (EU) not to reduce amounts devoted to development assistance. This lobby, which Charles Goerens finds “pleasant”, has reminded politicians of the commitment they made in 2005 to raise the official development assistance (ODA) of EU countries to 0.7% of their GDP. “Some have increased their effort – others are dragging their heels”, notes Charles Goerens, “against a background which is becoming alarming. Debates in some of our countries set the poor in our own countries against the poor in developing countries. We are on a very dangerous path”.

Charles Goerens has contributed to raising Luxembourg’s ODA to the level of 0.7% of GDP recommended by the United Nations. “We have demonstrated that it is possible to proceed in stages in order to bring an effort which is rather poor at the beginning to a significant level”, comments the former minister. 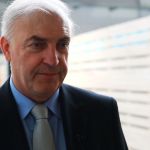